I had ground up a mix of spices for a pork shoulder roast I am doing Saturday so tried some on my cutlet to see how they were. I had cut some of the heat for the wife and wanted to be sure it wasn’t still too hot.

I seasoned the cutlets and got them in the fridge, just salt and pepper on two if of the three. It’s a good thing I had three since the grandson popped in and ate with us.

I had my Traeger loaded with some Cooking Pellets 100% hickory and was my first cook after installing a new blower fan and Ortech controller. I started it up at 5:00 and started easing it up to 325 deg. grill level. I had coated the potatoes with some olive oil and seasoning, and put them on at 5:15. I put the pork cutlets on the smooth side of my grill grates at 5:30.

I had baked a small baguette and had the cabbage and cauliflower in my steamer. It was all ready at 6:00. All tasted good and the grandson ate well, he loves the cabbage. After supper I let him smell some limburger cheese I had bought, to my surprise he tried some on a cracker and said pretty good. Now when I was 9 yrs. old I would not try something that smelled that bad!

I liked my seasoning mix and think my problem with fly ash might be fixed. It was too short of a cook to really say much about the hickory pellets but the smoke sure smelled good. I will try to do some ribs soon.

We woke up to an inch of snow this am, the 6th. Looks like the ice will stay south of us. Hope it’s not as bad as they say it might be.

Seasoned cutlet for me 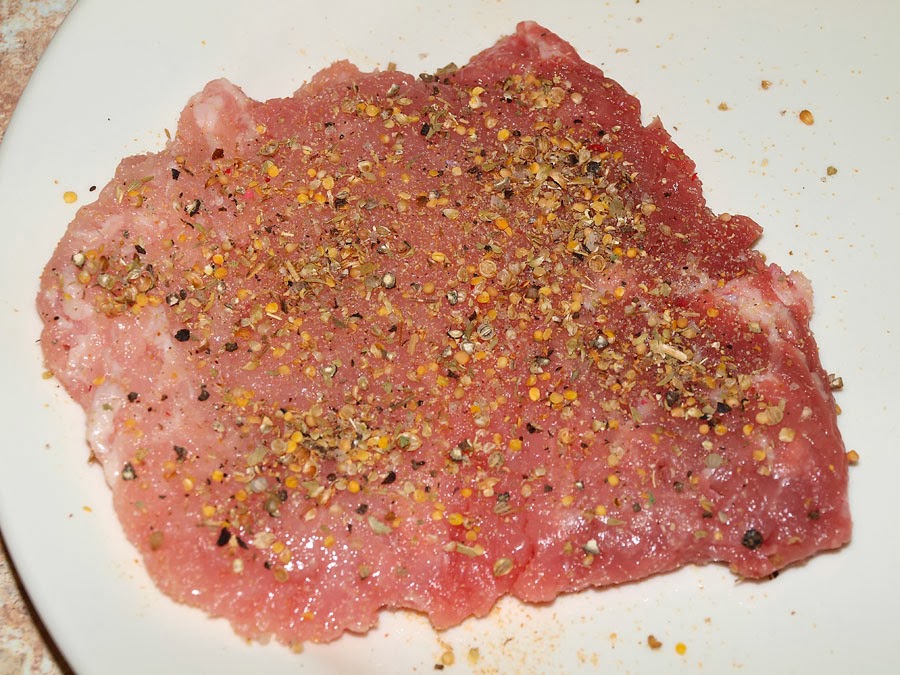 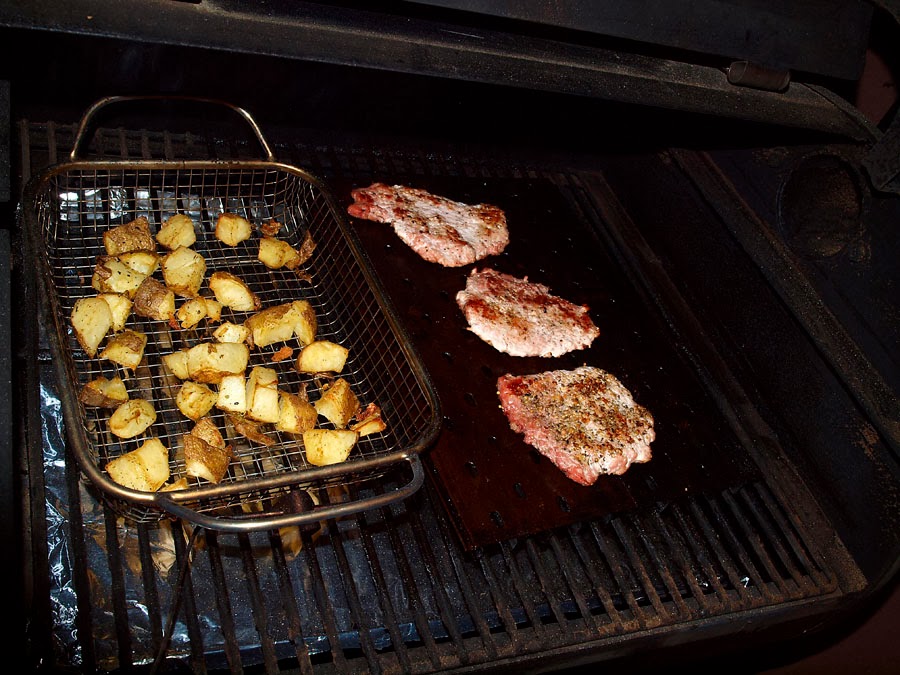 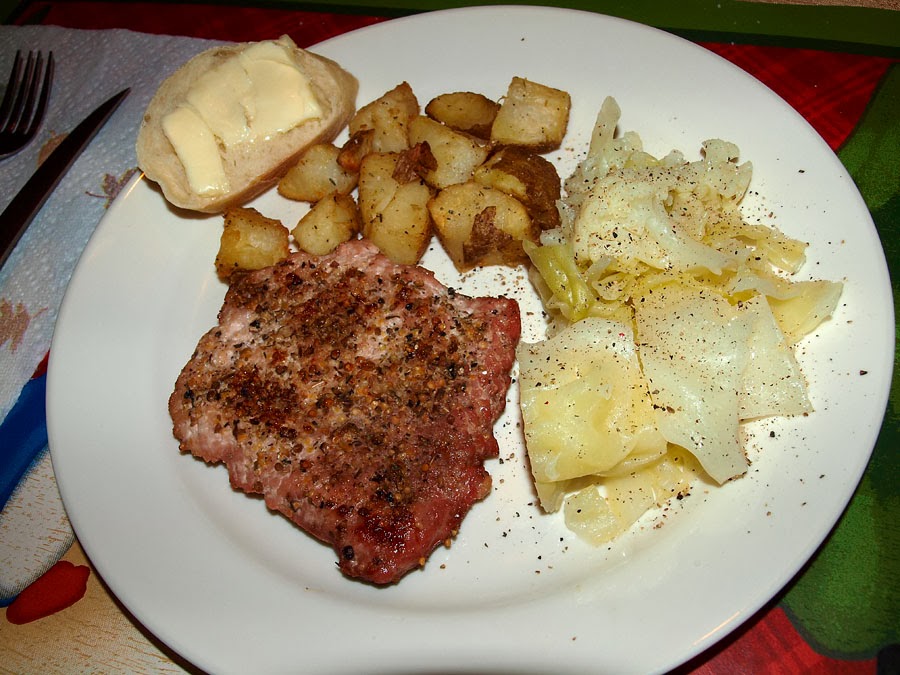