I smoked my Cajun crackers so when they were done I could put the ribs on for our supper. I had brined the ribs for 8 hours in a half gallon of water, a half cup of salt, 2 Tbs. of blackstrap molasses, two garlic cloves, smashed and black pepper. They were just a tad salty so next time I would cut the salt to 1/3 cup.

I rinsed and dried them good after brining, coated with Stubbs Pork rub and in the fridge a couple of hours before smoking. I did them at 225 deg. grill level on my Traeger. After 2 hours I coated both sides with my butchers BBQ sauce and double wrapped each in foil for another 1 ½ hours. Then unwrapped and back on the grill for an hour brushing some more BBQ sauce after 15 minutes.  I went to 300 deg. for the last half hour. Total cook time 4 ½ hours, 2-1.5-1.

I think this is the first time I have foil wrapped country ribs and liked them so will try again. When I was buying my chicken at Meijer’s I spotted this bag of baby red potatoes, all so small and knew I had to try them. I coated them with olive oil and some Penzey’s sandwich sprinkle. I put them on the last hour and was surprised they were not quite done so nuked them for 3 minutes.

My other side was some steamed red cabbage and some German rye bread and butter. I planned it all for 6:30; our daughter was on her way home and thought she would be here to eat. We called her and she was running late so I saved a dish for her.

Our daughter in law and grandson popped in as we were getting ready to eat. I had plenty of the potatoes and cabbage, our dil ate that, she is a veggie, and my wife shared her rib with the grandson. We all had plenty to eat and a great family time.

After the brine and adding rub 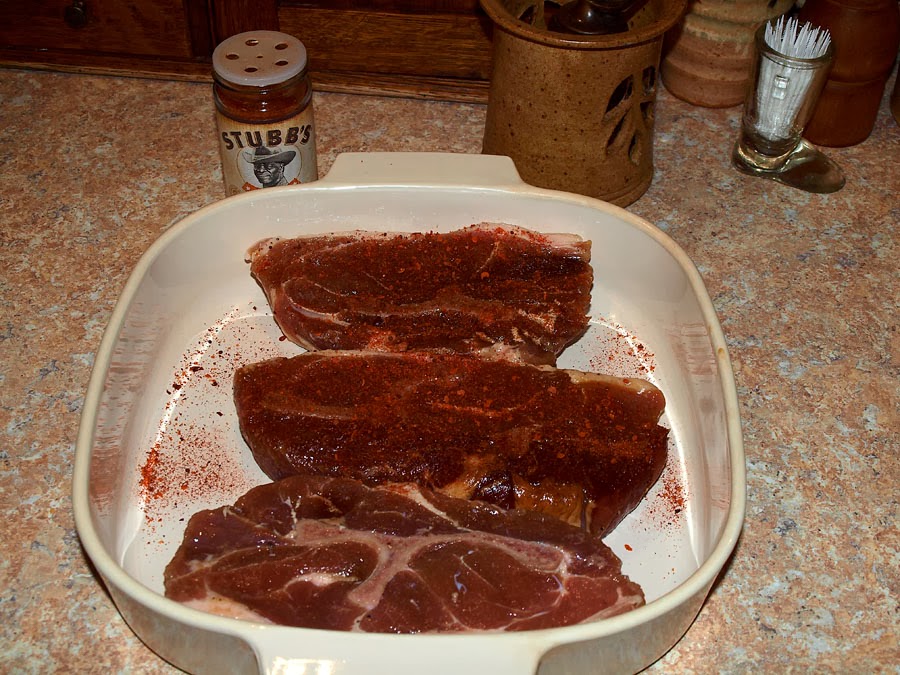 After two hours, ready to foil 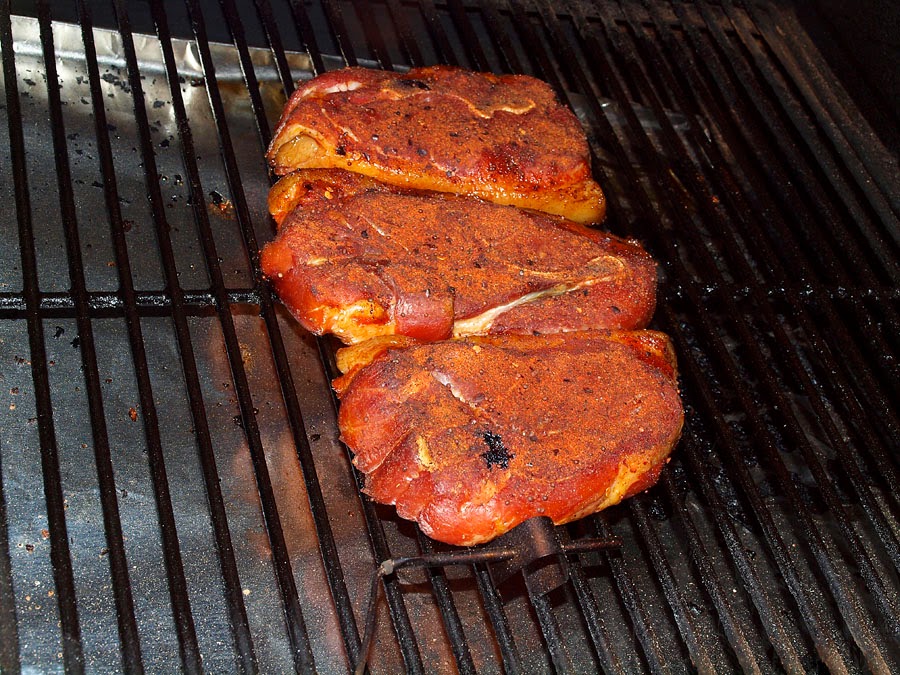 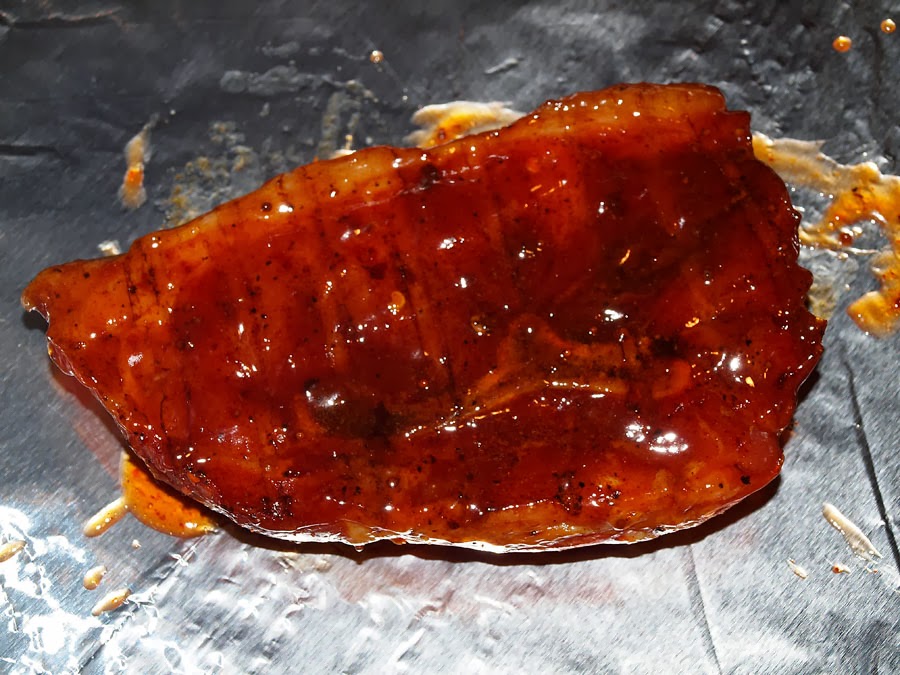 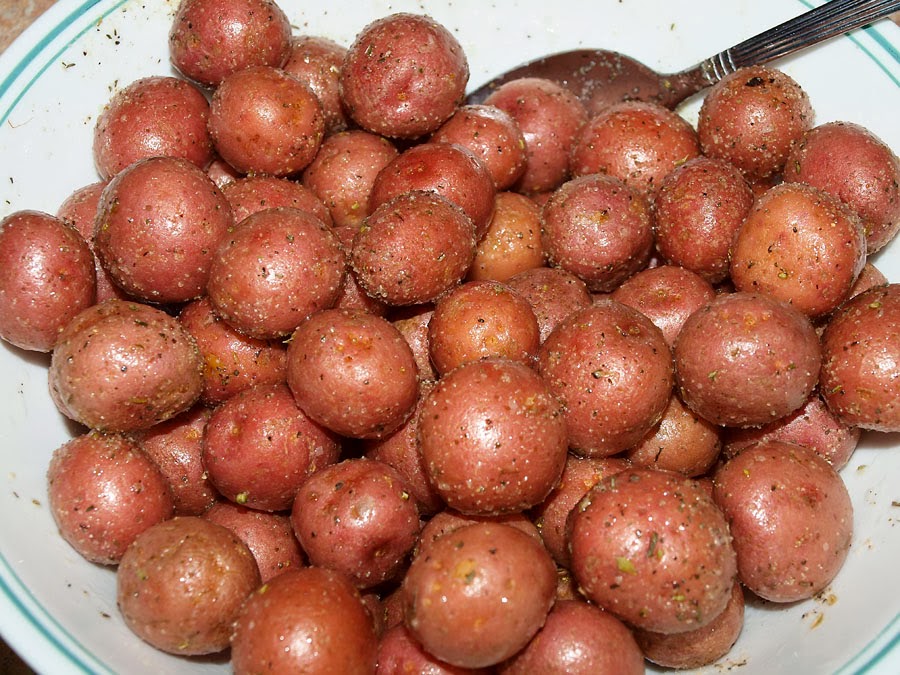 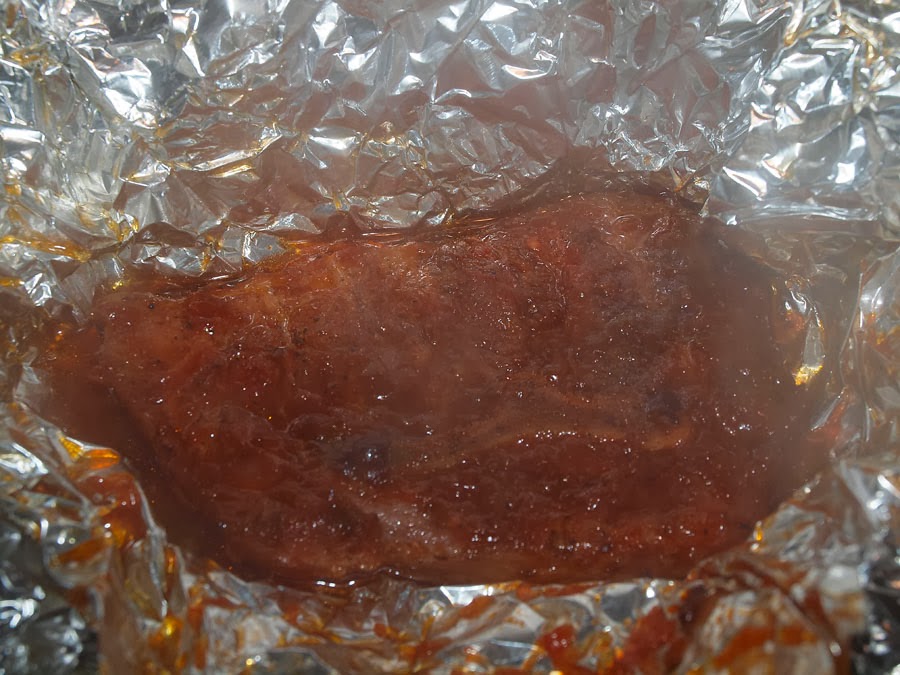 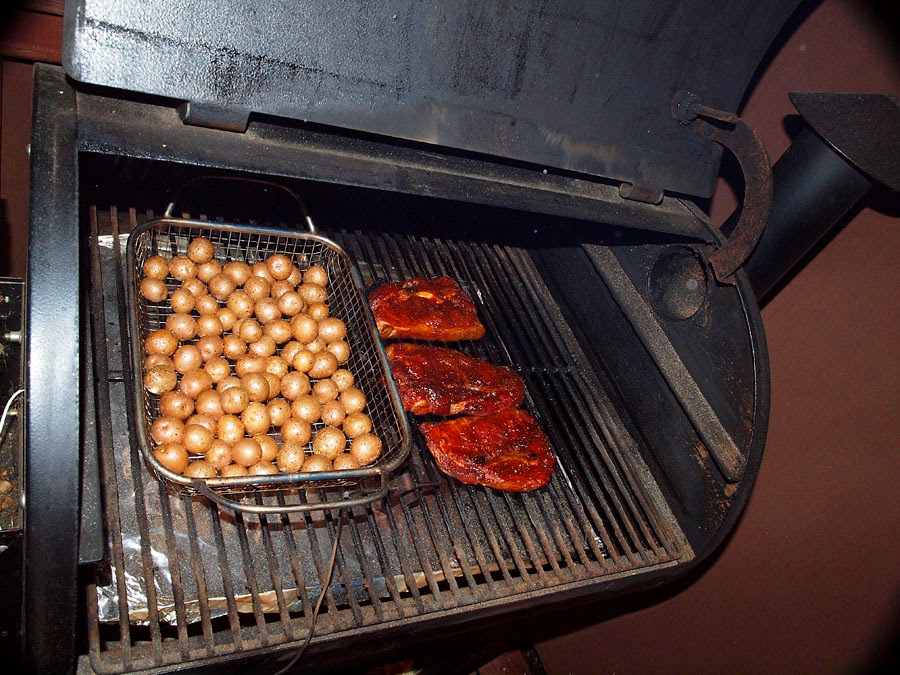 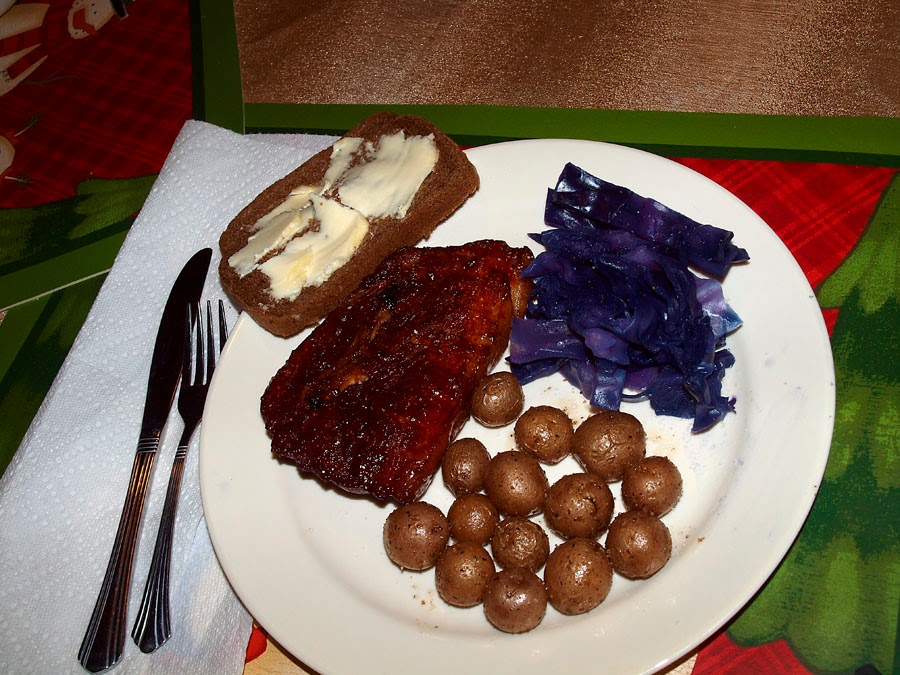