Bologna bacon lettuce tomato sandwich; the ultimate to me! I was waiting for this all year; waiting for some good Tennessee tomatoes a local veggie stand brings in. They are as good as fresh garden tomatoes.

I love a BLT and a fried bologna sandwich so why not merge them. I get the best old fashioned bung bologna from my Butcher, Kah Meats; just the right spices and a good hint of garlic. Dick Kah, now deceased, told me the owner of Boar and More knew he liked it and gave him the recipe when they closed up in the 70’s. Dick’s sons still make the bologna. Boar and More was another meat processor just down the road from Kah’s.

I did the bacon on my Traeger, it is much better than pan fried; extra crispy and not as greasy. I fried the bologna in a pan, toasted some ciabatta buns, mustard on the bottom, bologna, bacon, tomato, lettuce and some mayo on the top bun. My wife just had a BLT. I had a pickled egg with mine and the BBLT was the ultimate! 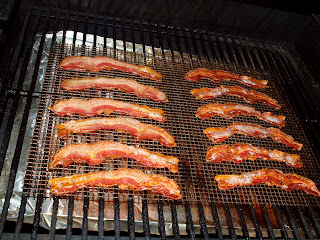 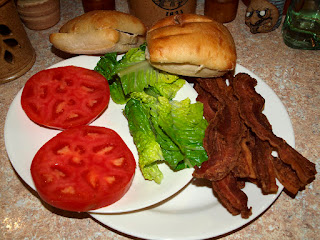 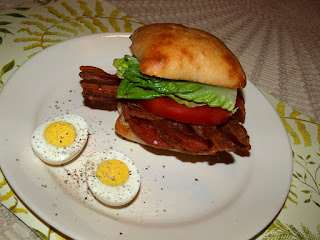 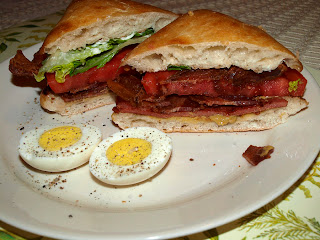