Hash really makes Kah’s grits shine. This is probably what the old timers used it for. I am not sure why they call them grits since they have steel cut oats instead of grits in them. Fourty some years ago I did get grits from a meat market near Minster, Ohio. They too was like a pan pudding & had large grits in them, they were good fried up.

For my brunch today I made some hash with the grits I smoked yesterday. I browned some diced potatoes in a little olive oil & bacon grease, added the grits, stirred I fried a little then added an egg. I stirred & chopped some. I had them with chives over top & some buttered toast. It really hit the spot. 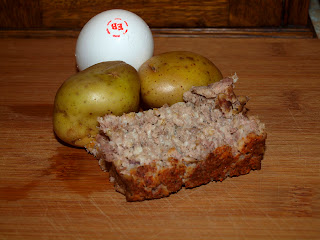 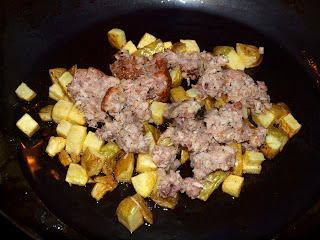 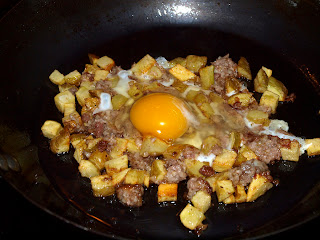 My Plate, my brunch 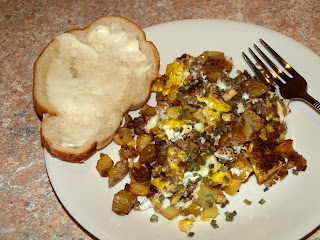