A cold, rainy March day and time for a batch of Chili, it tasted good! For the second time this week strong storms & tornados marched across the country, leaving death & destruction behind. Both claimed 41 lives so far. It gets a little scary and I feel for the people who were affected by the storms. It was predicted strong storms & wind for here today. We had thunderstorms & rain most of the day but not much wind. The wind started after the rain this evening. It’s just past mid-night here and has blown all night, 20 to 30 mph almost steady & gusts to 40. It has just now slowed down.

I pretty much followed my previous post for Burnt End Chili; there is a printable recipe there. The last batch I did for my wife, she likes thick & not many beans. This batch was for me, I prefer thinner & more beans. I left out the tomato paste & added 2 cans of red beans instead of one.

I had about a pound of brisket burnt ends, vac packed to use, I chopped it small dice, and it was tender enough most of it fell apart during the cooking. I got my ground beef browned up, added a chopped onion & the chili powders & paprika. Added that to a pot, deglazed my skillet with some Yuengling Black & Tan beer and added that to the pot. I added a little olive oil to the skillet & heated up the brisket & added that to the pot. I added all the other ingredients except the beans. This was about 2:00 pm. I brought it to a boil then simmered until 4:30 & added the beans. It was all ready by our usual 6pm supper time.

After about 40 years of making my chili different about every time I finally have a good recipe made up that the wife & I both like. The smoked beef brisket & smoked paprika gives a nice smoky taste to it. The leftovers will taste better yet! 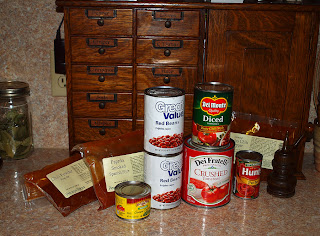 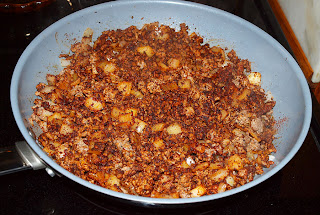 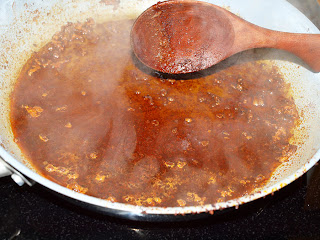 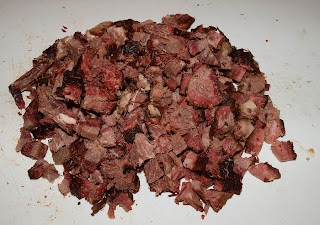 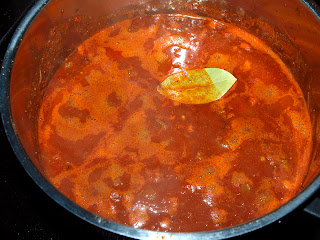 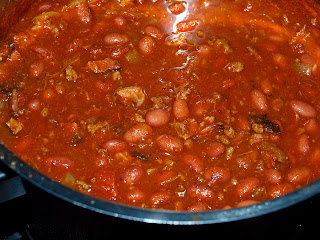 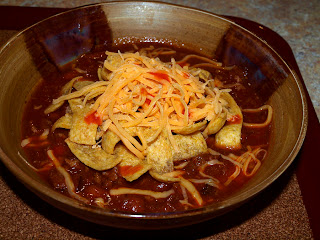 Smokin Don
Posted by Smokin Don at 1:53 AM