I have wasted a lot of money over the yrs. on pots & pans. Teflon was great for non- stick until they found it was bad for you. I got rid of all my Teflon cookware & bought stainless steel. I had trouble with the skillets, stuff sticking to them. A lot of that was the cook, trying to mess with things before it was ready to turn! I bought a Scan Pan skillet $90 that was supposed to be non-stick; that was the worst skillet I ever cooked with. I now have quite a few cast iron pieces & enjoy using it. I use it in my smoker too.

About 4 years ago I bought a 9 inch Green Pan, I liked it well enough I also bought an 11 inch skillet. I swear by these skillets, they still look almost new. They will stick if you don’t use them right. I have found they do best if I set my glass top range just one notch above medium & I always use light olive oil. Once they are hot I can set down to med. or one notch below. Clean- up is easy usually just hot water & a little soap. Anything baked on I have found Mr. Clean’s magic eraser works great.

I always remembered my Mother frying eggs in a small steel skillet. I was always going to buy one but the only place you could find them was at camping supplies & they were expensive. It seems they are making a comeback & you can find plenty on the net. My first one I bought from Amazon, a cheaper carbon steel American Cuisine 10 ½ inch skillet. Care for the carbon steel is just like cast iron, it must be seasoned. Once I got mine broke in I really like, it does fried potatoes & non-stick. The carbon steel is a lot lighter than the cast iron. As with my cast iron I usually just wash in hot water, dry good then a light coat of oil, I set on a burner set on high & remove when it starts to smoke. Basically I re-season mine after each use.

Lodge Ware just recently started making carbon steel skillets, a 9, 10, & 12 inch made in the USA. I like buying things that say Made in the U.S.A. So I just bought the 12 inch. It is heavier than my cheap carbon steel skillet but one thing it sits flat on my glass top. I have just used it a few times but I think it will become my favorite skillet.

It looks to me like we have always had non-stick cookware in cast iron & carbon steel. You just have to know how to cook in it & care for it. 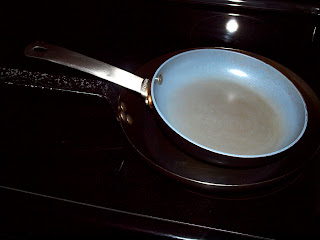 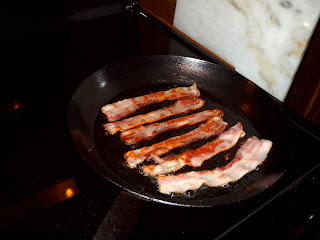