It is a good thing I am back doing most of the cooking now. My wife’s favorite, and mine, source for meals, Sandman’s carry out is closed this week. He has been shutting down a week in February and going to Las Vegas. I imagine he is enjoying some warmer weather right now.

I am anxious to get back to more cooking on the smoker but it’s been too cold and my patio is icy right now. For tonight it was some more indoor cooking. I had some round steak frozen to use, some that my wife got from Sam’s when she was supposed to get some tenderloin steaks! I had some cheddar cheese curds frozen too so some steak fingers and poutine would taste good.

I trimmed the fat from the edges of the steaks and pounded with a mallet some to tenderize and sprinkled on some Adolf’s meat tenderizer. They went in the fridge about 3 hours before fixing. I cut them into strips, seasoned with some Penzey’s 4S salt and coated with a little flour. I fried them in some olive oil on med. high for 4 or 5 minutes each side.

I baked some Or Ida fast food fries in the oven for the poutine. For the gravy I used a packet of Pioneer brand brown gravy mix fixed per directions. Instead of water I used a mix of chicken and beef broth then stirred in a Tbs. of Worcestershire and about a tsp. of Kitchen Bouquet.

We had some of my fermented beets for a side, and it all hit the spot. Ever since I tried Canada’s favorite snack food Poutine I get hungry for some. It would taste better with some great crispy homemade fries but the Or Ida’s baked are pretty good. 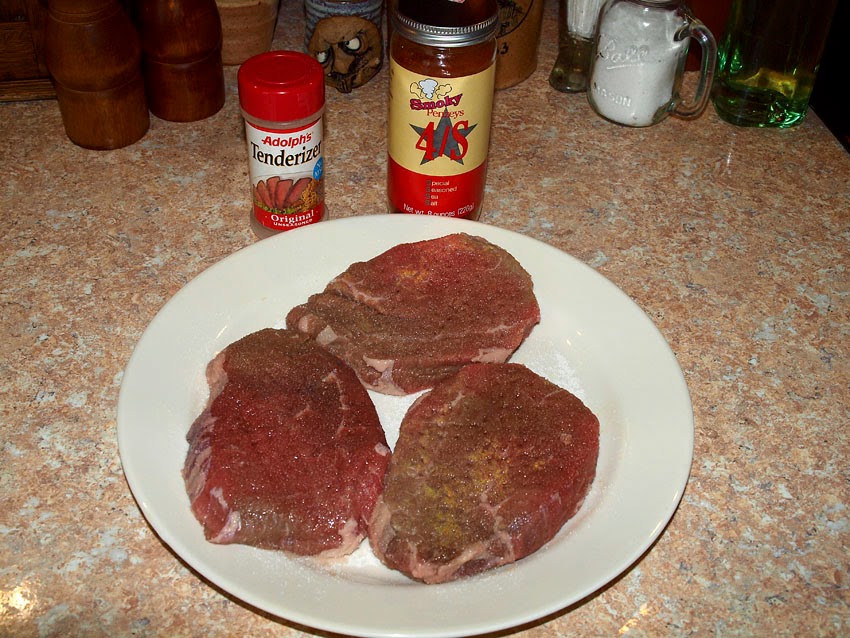 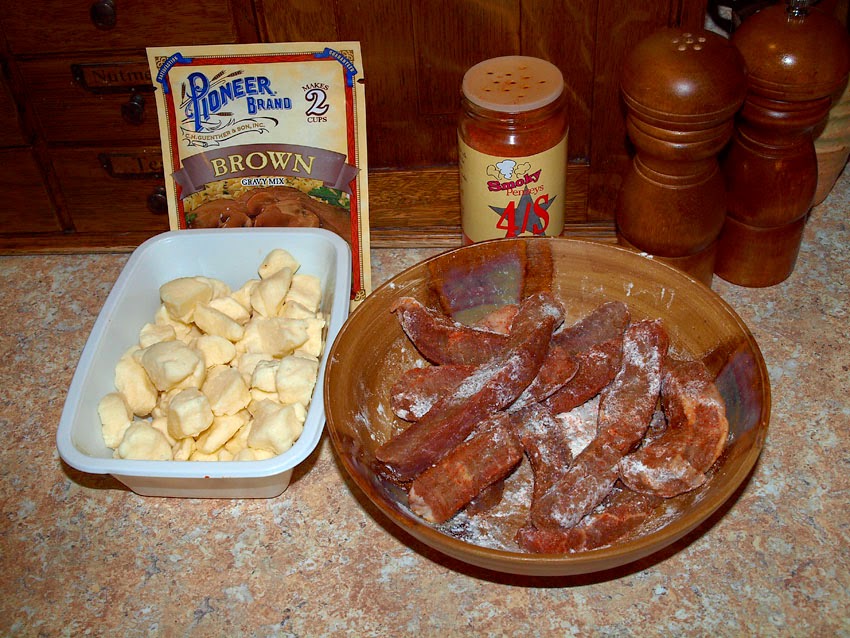 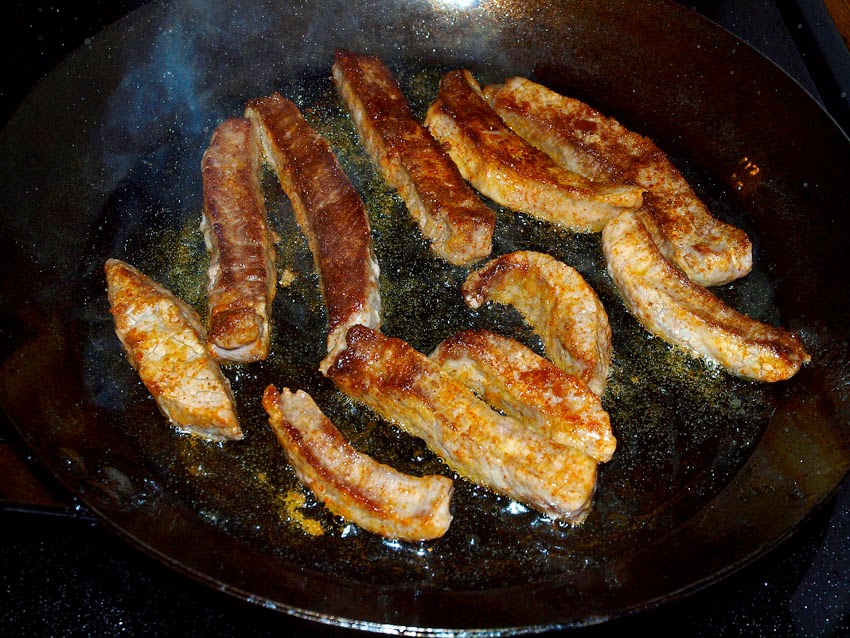 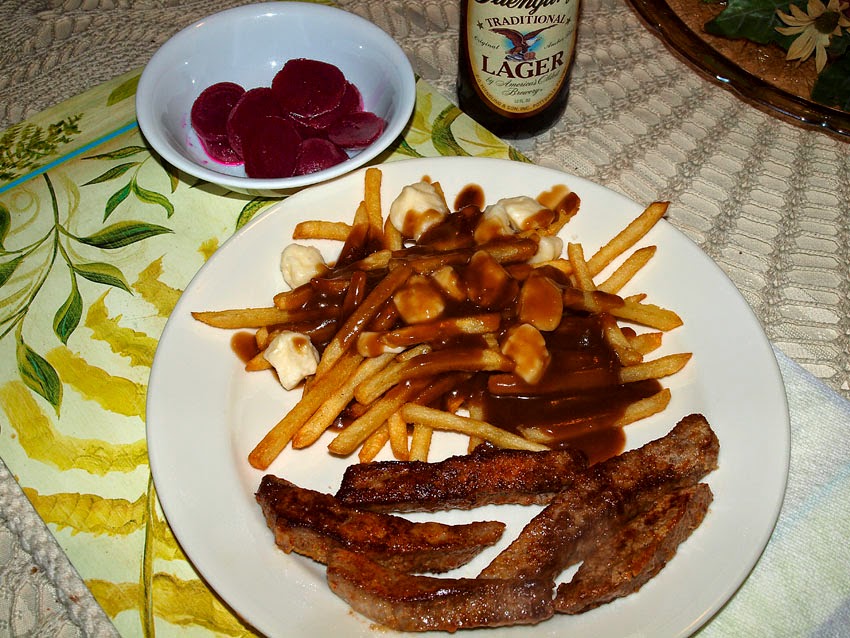