We had Pad Thai last night and some more Asian flavor tonight for supper. I found this recipe at Food Network and it looked good. I wanted to do something in the Crockpot and this would be a change from the usual pork. I had to adapt it since I could not find some of the ingredients and I don’t care for ginger or anise so I omitted them.

I had a 3 pound boneless pork shoulder roast and got it in the pot at 8:00 AM for 8 hours on low. At 4:00 I took the roast out and let cool; then shredded, cut up and back in the pot. It was fall apart tender. I turned the Crockpot on high.

Since I was using pasta instead of rice noodles I figured they needed to be in the pot sooner and I par boiled them for 5 minutes. I got them in the pot about 5:15. I then cut up a half head of Napa cabbage and in the pot. I served it at 6:00 along with some crusty bread and butter.

The wife and I both liked it, she ate it as is, I had some dried chives and a few French fried onions on top of mine. After tasting I needed some heat in it so added 5 or 6 shakes of Cholula hot sauce. Next time I will add at least 1 tsp. of dried pepper flakes when cooking. I think my topping of choice would be some sliced green onions. 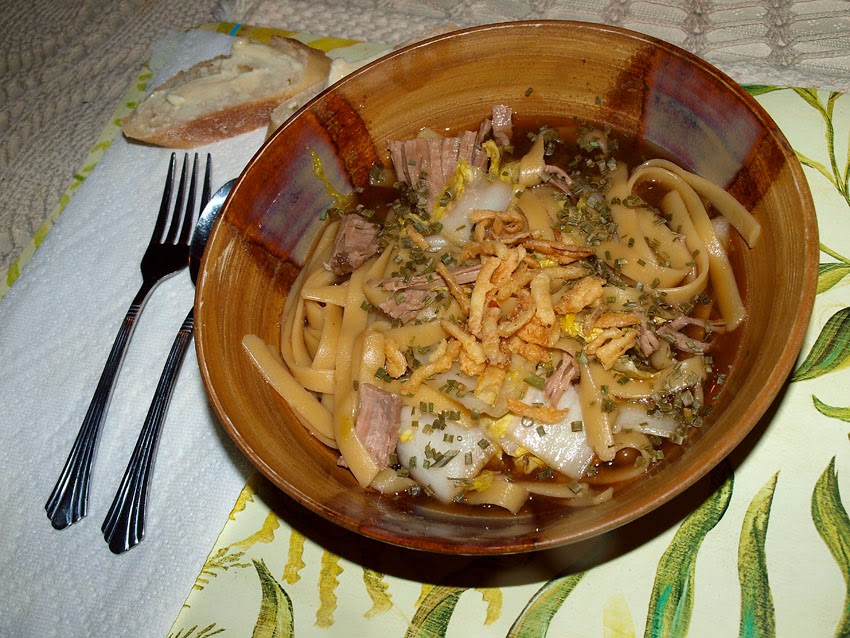 For the broth, chicken stock not shown 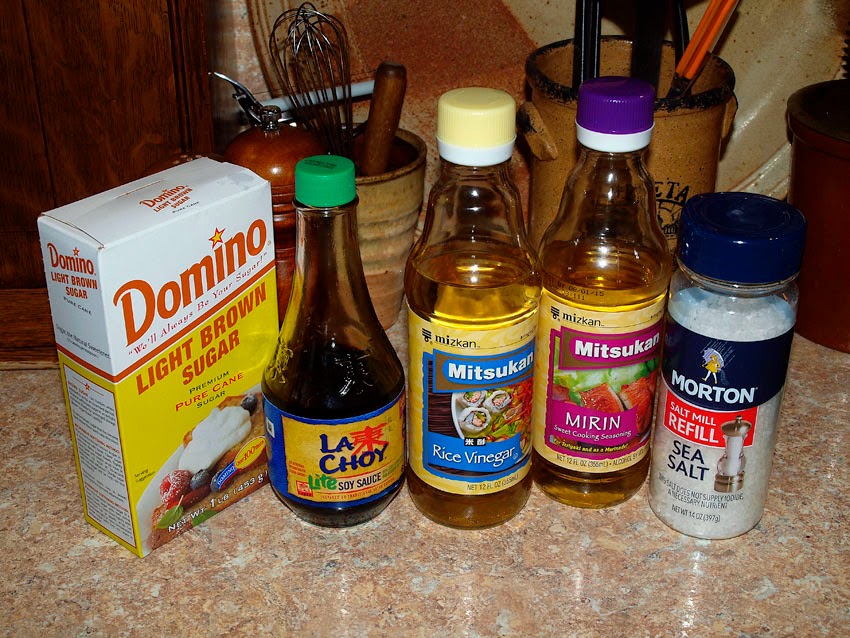 Pork in the broth with garlic 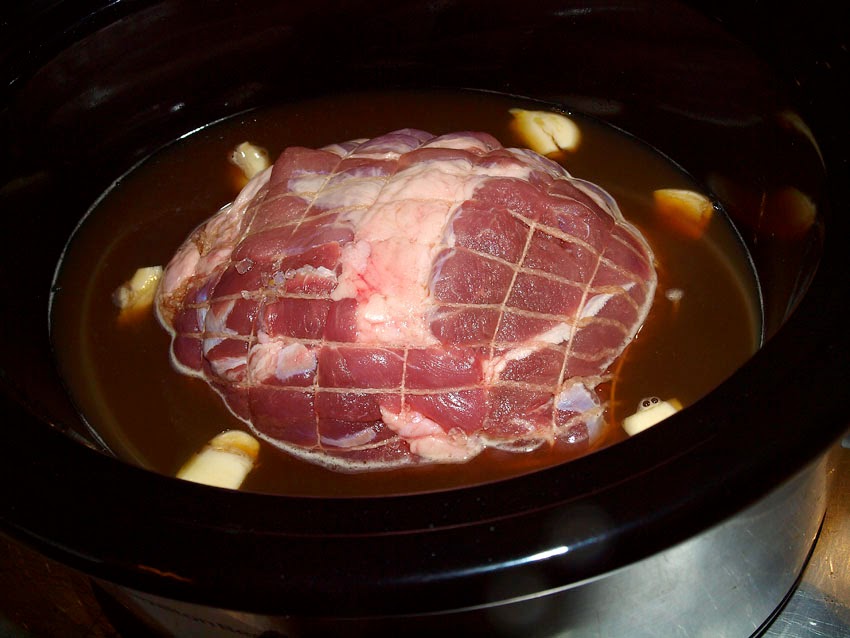 After 8 hours on low 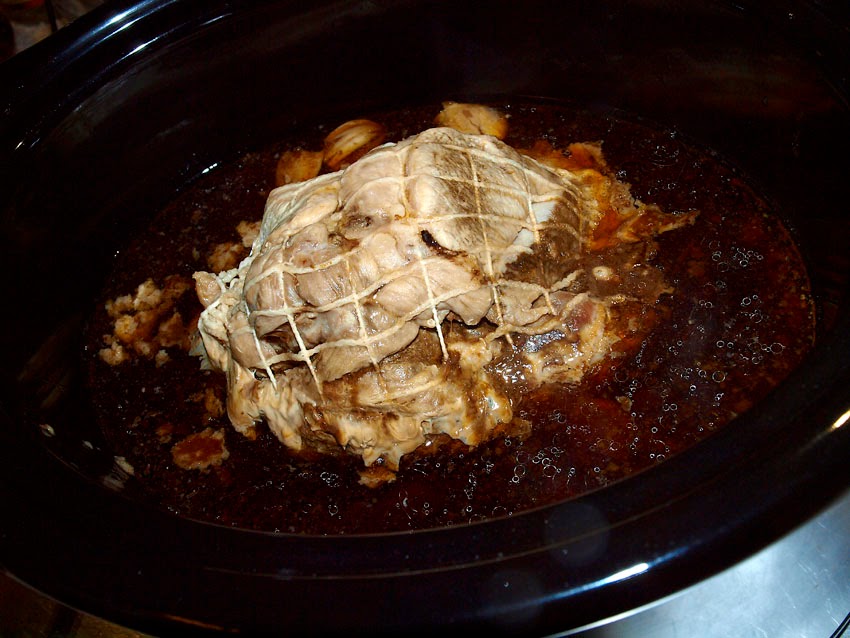 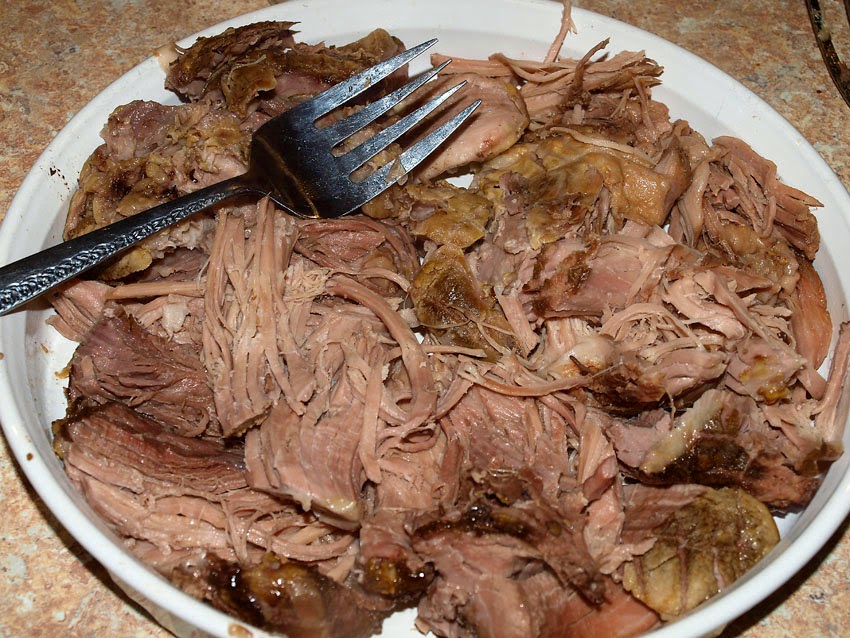 Pork and noodles back in the pot 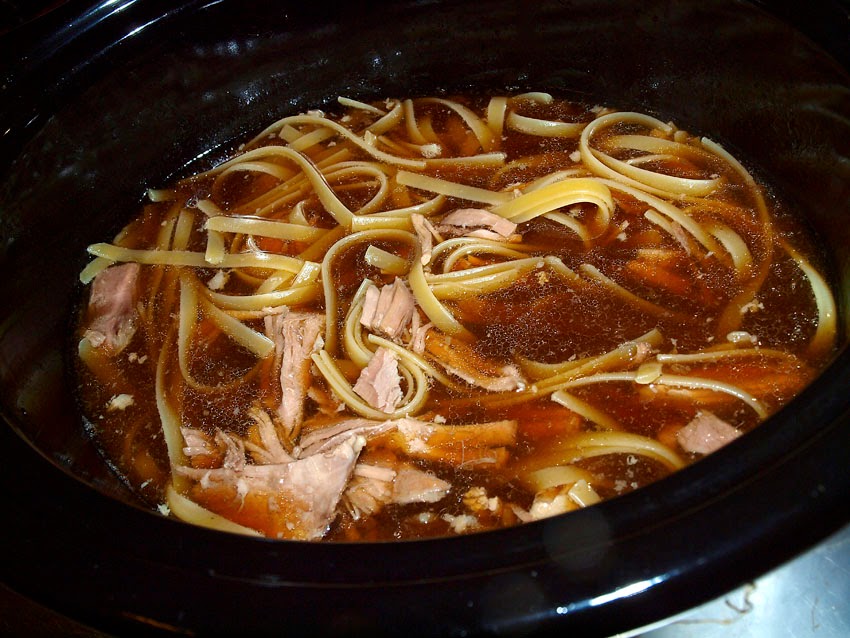 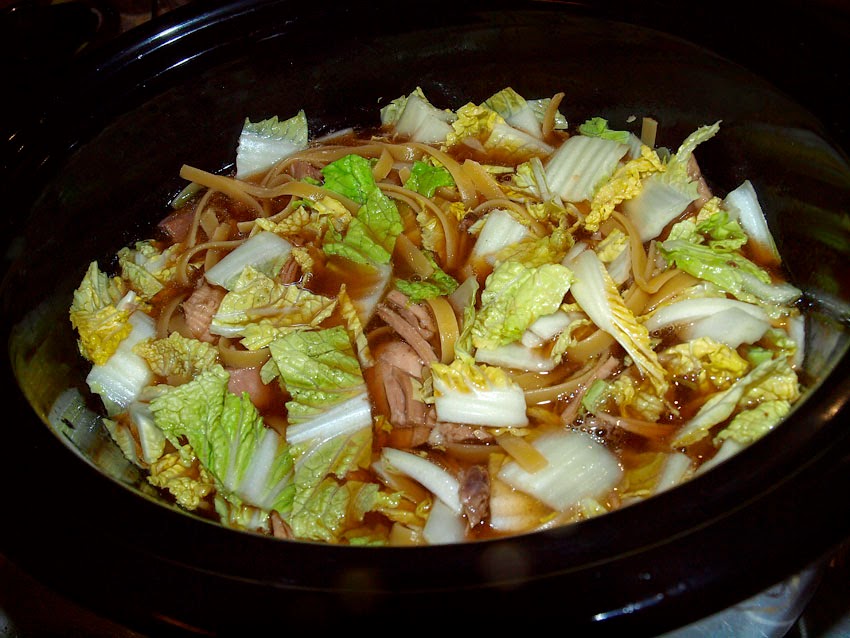