Sandwiches for Lunch for Two Days

I usually try to eat some of our leftovers for my lunch. The last two days it was sandwiches instead and they both were great.

I had saved some pulled pork from the Asian pork for a couple of sandwiches. I had just enough of my easy scrapple left and thought it would taste good with the pork. I fried two thin slices extra crispy. I heated up the pork and it went on a toasted bun topped with some sriracha mayo and the scrapple. That was my lunch yesterday.

I went to Kah Meats for some bacon I needed some for tonight’s supper. He had some jowl bacon so I bought some of it too. I have a couple of recipes in mind to use it so I cut it in half to vacuum seal and freeze. I sliced off a thick slice for a sandwich and fried it nice and crisp. I put a generous smear of stone ground mustard on a bun and placed the jowl bacon on and then fried an egg for on top. I toasted the top of the bun and that was my lunch today.

If you never tried jowl bacon you should. I think it has more flavor than regular bacon. 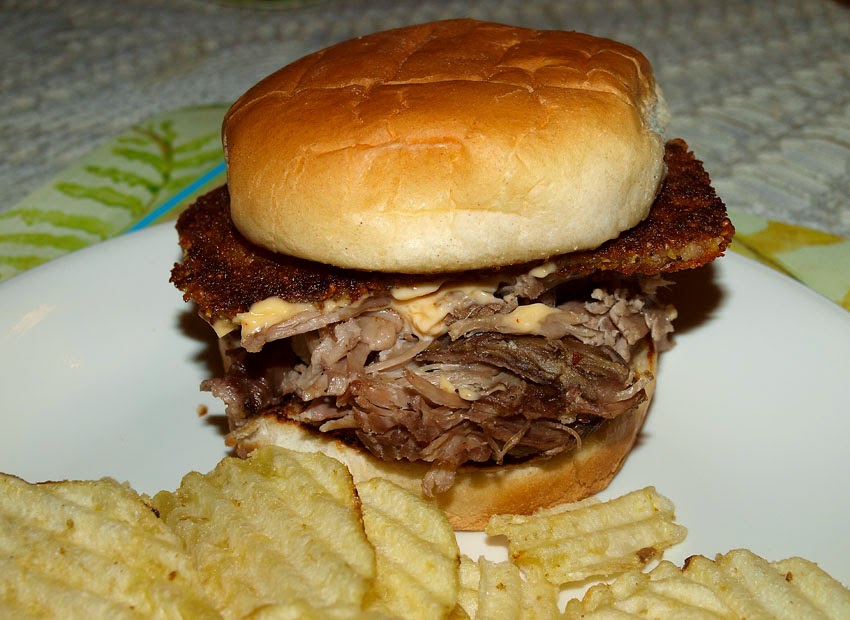 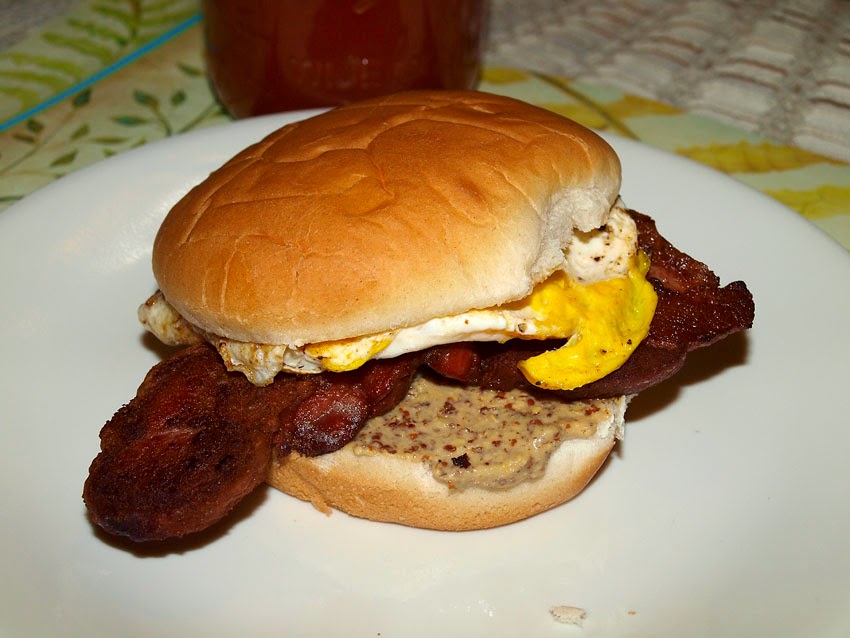