A couple of weeks ago the wife was supposed to by tenderloins at Sams Club and came home with eye of round steaks. She finally made it back there and bought the right ones. They usually come in a two pound package and 3 or 4 steaks. The pack she bought was two large ones and two small ones. I wish they would pack them the same size. These are full of flavor, tender and better than any you can get in a restaurant. They were $13.88 a pound.

I had baked potatoes and corn on the cob with the steaks. Corn on the cob is not in season here but I bought some in the store that looked pretty good. I steamed them in my rice cooker and they were pretty decent; not as good as fresh picked but good.

I seasoned the steaks with a little grey sea salt and they went on a rack, covered with plastic wrap and in the fridge for 2 hours before cooking. I heated a skillet on med. high and seared the steaks in a little olive oil 4 minutes and then turned for another 3 minutes then skillet and all went in the 350 deg. oven with the baked potatoes for 5 minutes. I let them set for 5 minutes before cutting into.

I had used this method and times before but should have known I usually was doing steaks 1 to 1 and ¼ inches thick. These were 1 ¾ inches thick. They were too rare for both the wife and I so a quick nuke in the microwave took care of that. If you can get your times down, a sear in a skillet and then in a 350 deg. oven is the best way I have found to cook steaks indoors.

It all was delicious! Even after nuking mine was a little rarer than I usually like but was tasty! 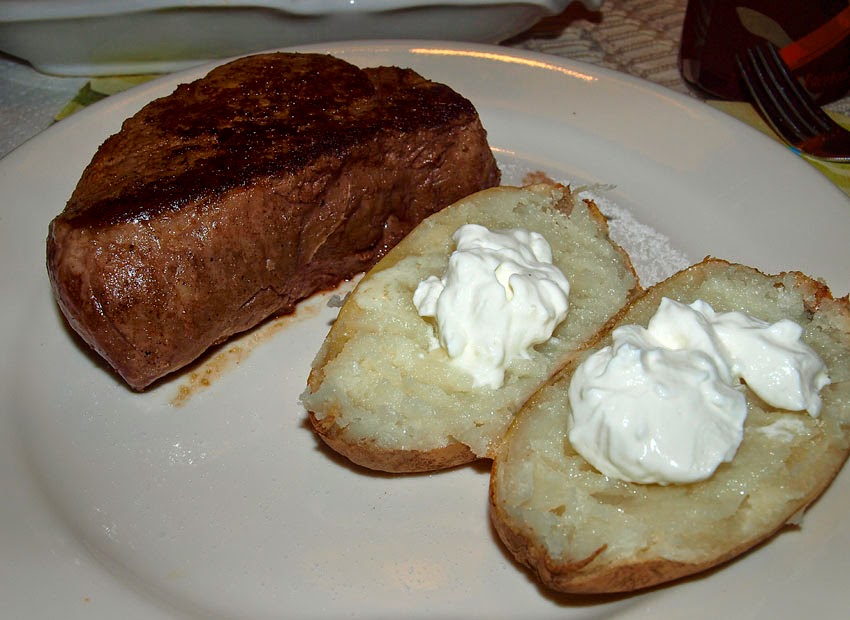 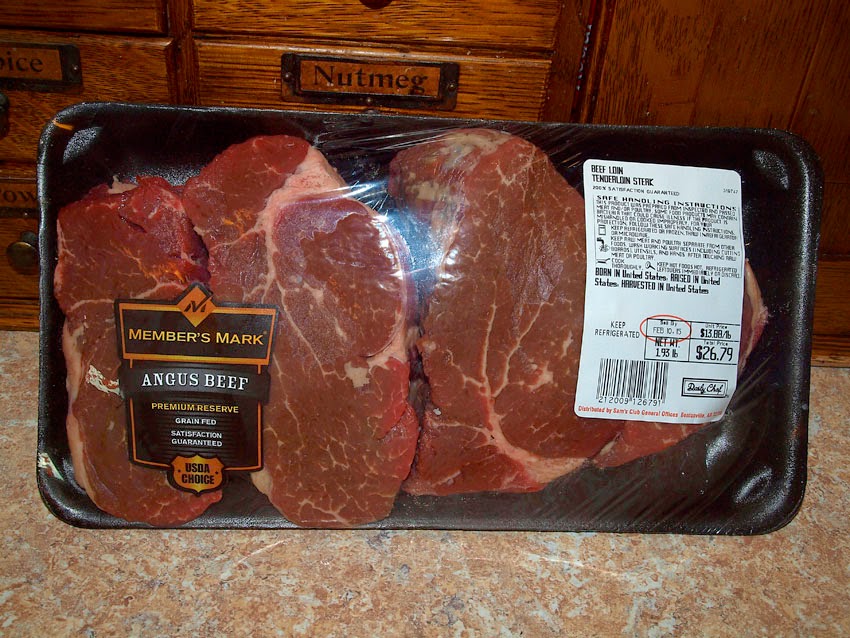 Salted and in the fridge for two hours 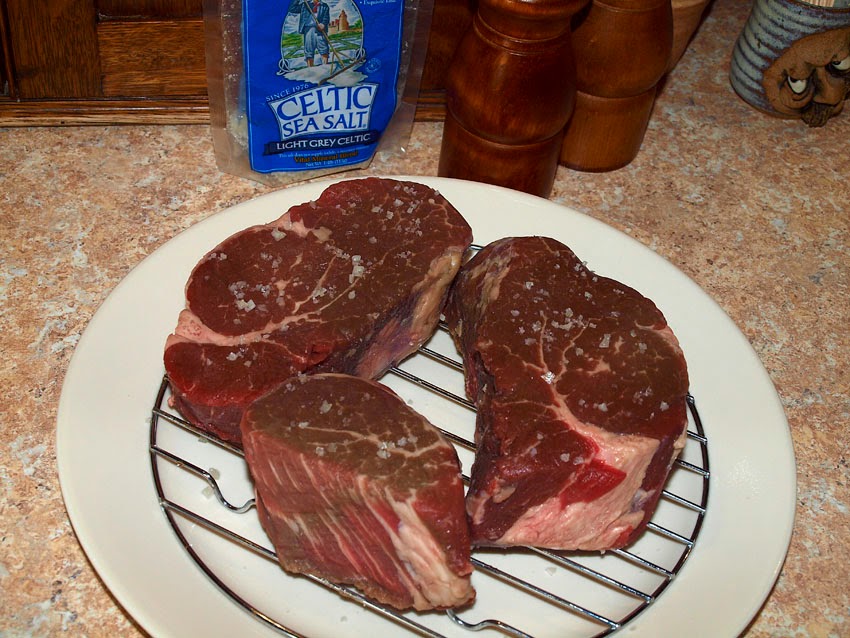 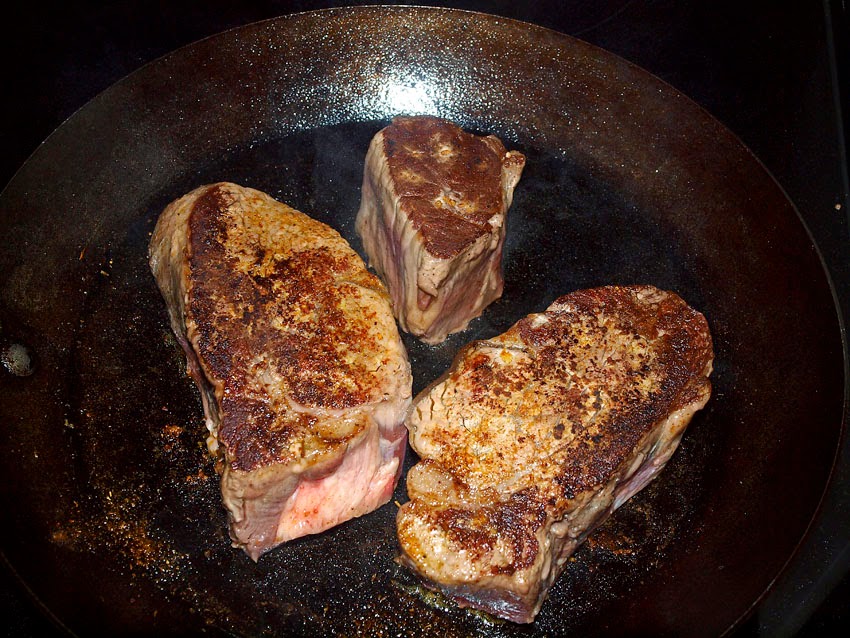 My plate and corn 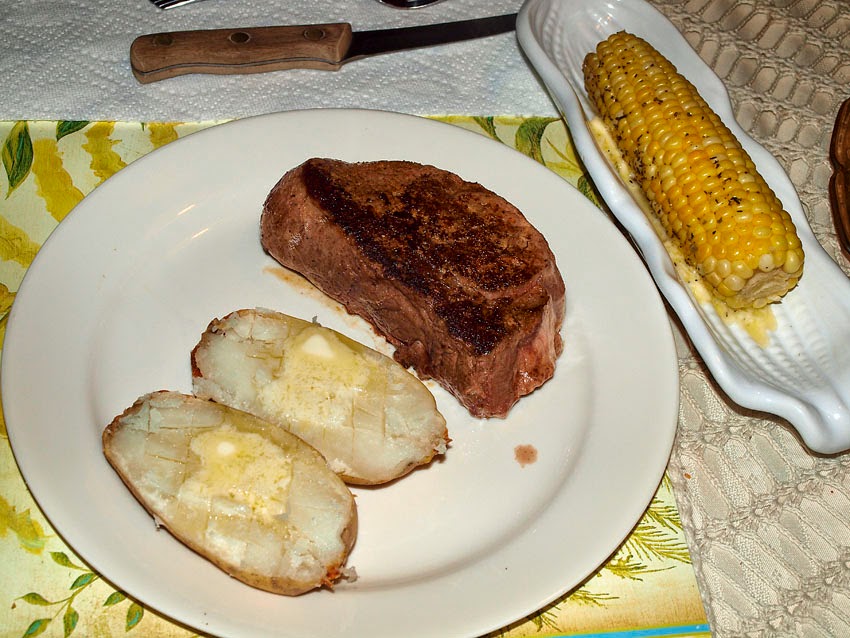 Before nuking, a little rare 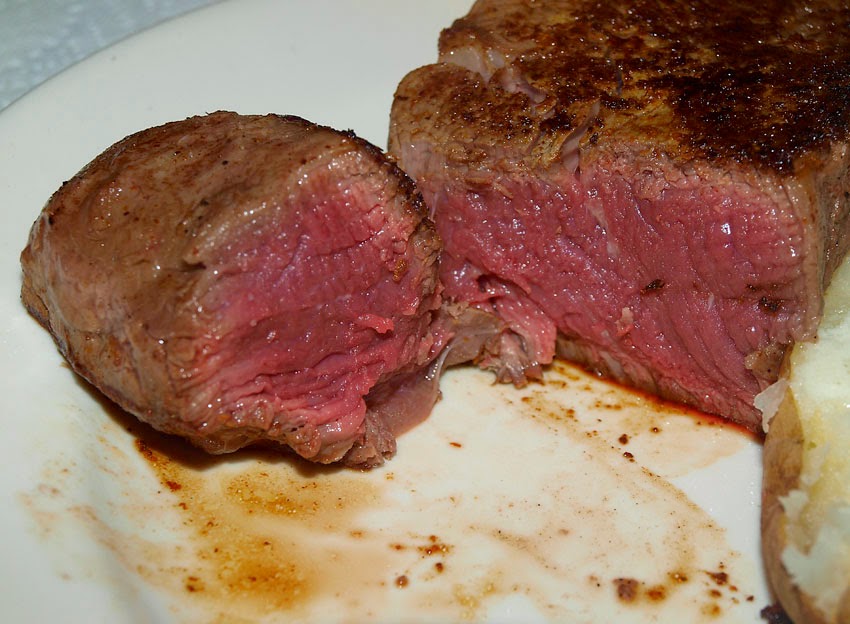 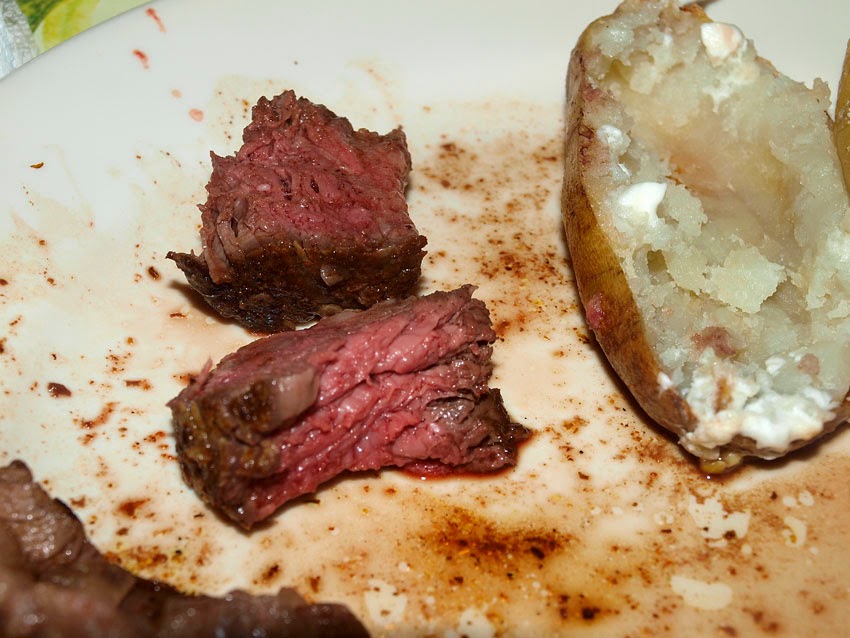