After seeing several Lets Talk BBQ forum members make some great looking tacos the last few days I was hungry for some Mexican style food. I had some pulled pork thawed out that I had done in a peach sauce. I used some for my stuffed cornbread. What was left would work for tonight’s supper.

I bought some flour tortillas, Old El Paso enchilada sauce and some Rico’s Con Queso white cheddar. I heated up the pork and added a little of the enchilada sauce. I sautéed a sliced onion and some sliced red and green peppers.

I covered the bottom of a casserole dish with some enchilada sauce. I made up the enchiladas with some of the pork some of the onions and peppers and some shredded cheese. I made four and they went in the casserole dish; I poured some enchilada sauce over both ends and some of the white cheddar in the middle. I sprinkled some Cajun seasoning over all. It went into a 360 deg. preheated oven for 25 minutes. I then turned the broiler on to brown the cheese some. While I was watching the cheese the tortillas was getting almost burnt on the ends. When I saw that I got it out quick. It didn’t get bad enough to affect the taste though!

My wife had a side salad with hers; I had an avocado with a little lime juice, Penzey’s sandwich sprinkle and sour cream. Some sliced lettuce and fresh salsa. It was not as pretty as some of the other dishes I saw cooked in LTBBQ but tasted pretty good! 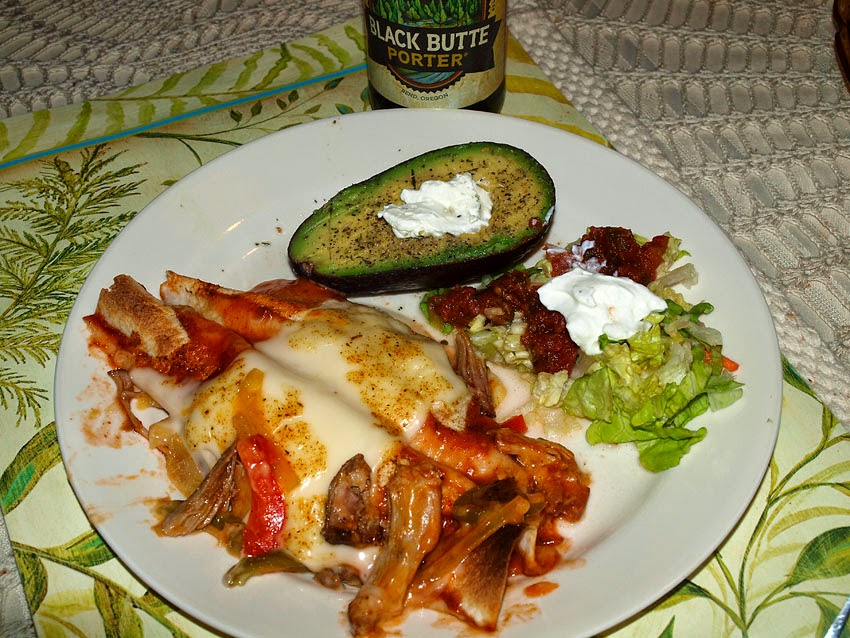 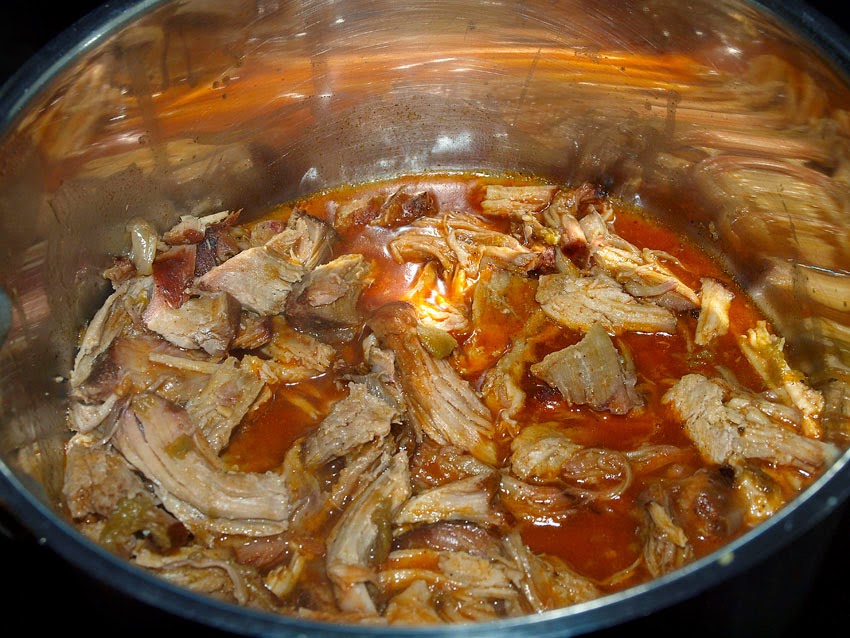 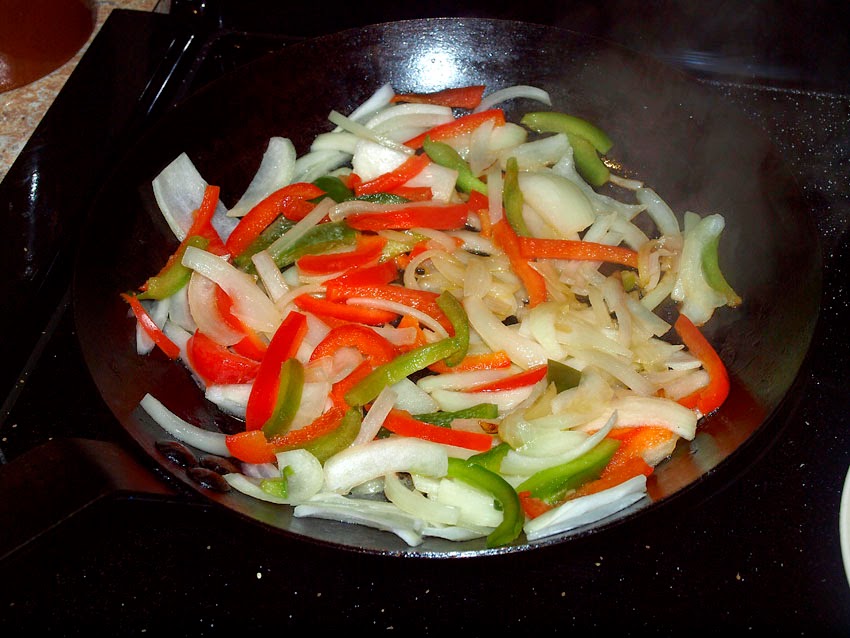 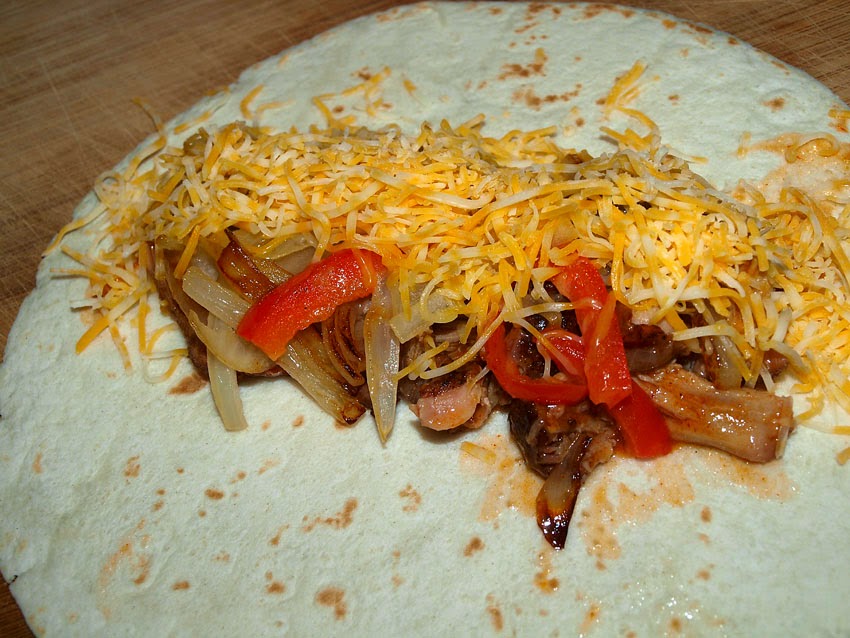 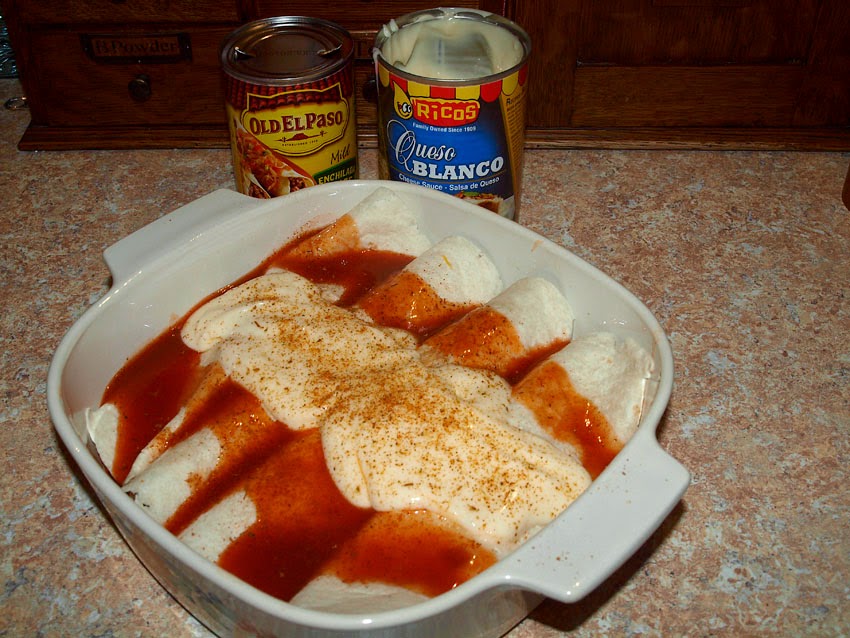 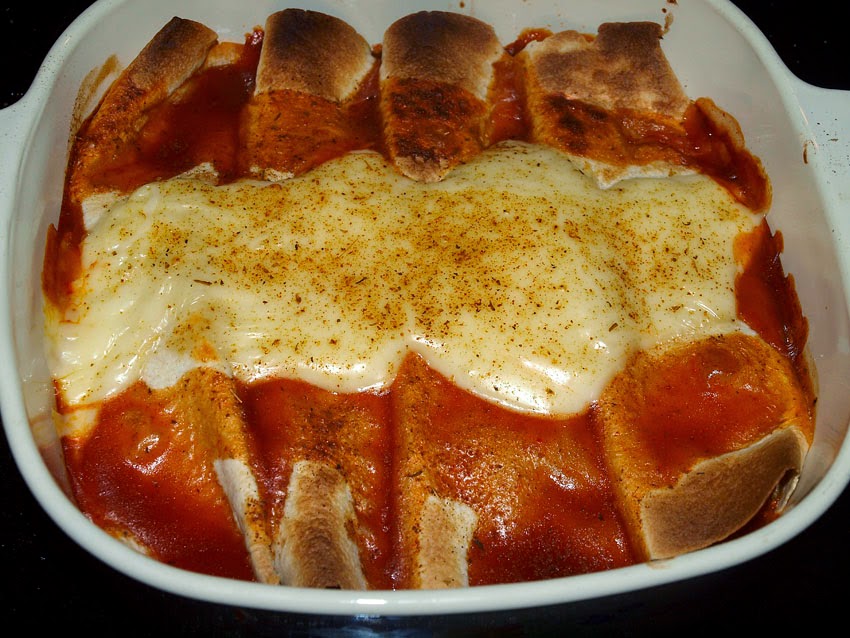