It feels like we are in a deep freeze here in NW Ohio! It is 3 deg. right now and a high of 5 deg. tomorrow! I just looked at the temps across the US and its cold everywhere! The only place that looked half warm was CA a high of 59 deg.

One of our favorite winter meals; a beef pot roast sure tasted good tonight. I knew when I picked out this beef chuck roast at Sam’s it would be tender. I got up early and got it in the Crockpot at 7:30. I seasoned with a little salt and pepper and seared; then on some sliced onions, deglazed the skillet and added that to the pot. I then added a half a lager beer and beef broth to come up half way on the meat.  I put it on high to get heated for a half hour then set it to low and I went back to bed a while.

I got up at 9:00 and cleaned about 6 carrots and two parsnips and added them to the Crockpot. After lunch I made up a pint of Creole mustard. I will post the recipe for it tomorrow.

At 4:00 I removed the roast and got rid of the fat and skimmed some of the fat from the pot; then added the meat back in.

At 5:00 I baked a take home baguette and made some mashed potatoes. At 5:30 I mixed a packet of Pioneer brown gravy mix with a half cup of water and added that to the Crockpot to make some good gravy.

We ate at 6:00 and with some bread and butter it all hit the spot! That was some of the most tender beef I have had in a while. The gravy had great flavor too. 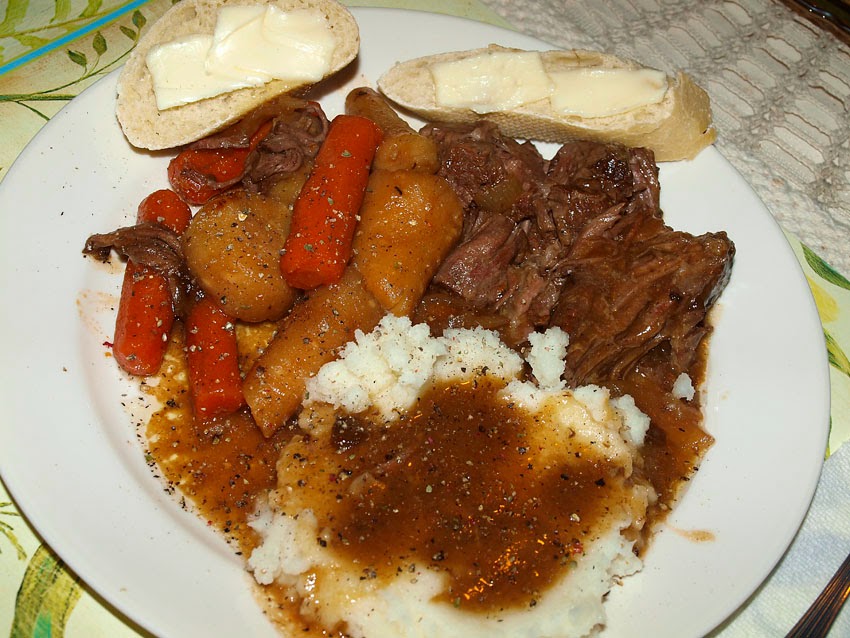 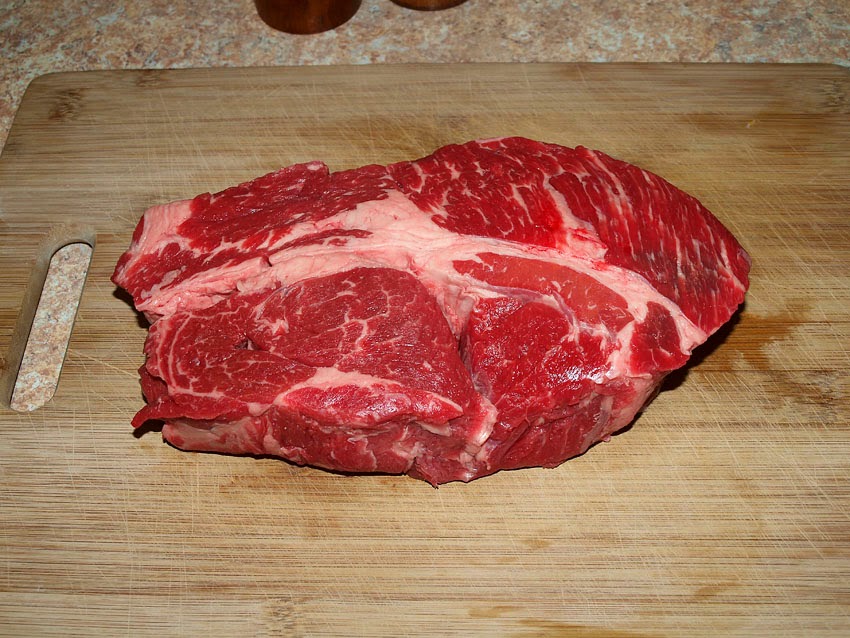 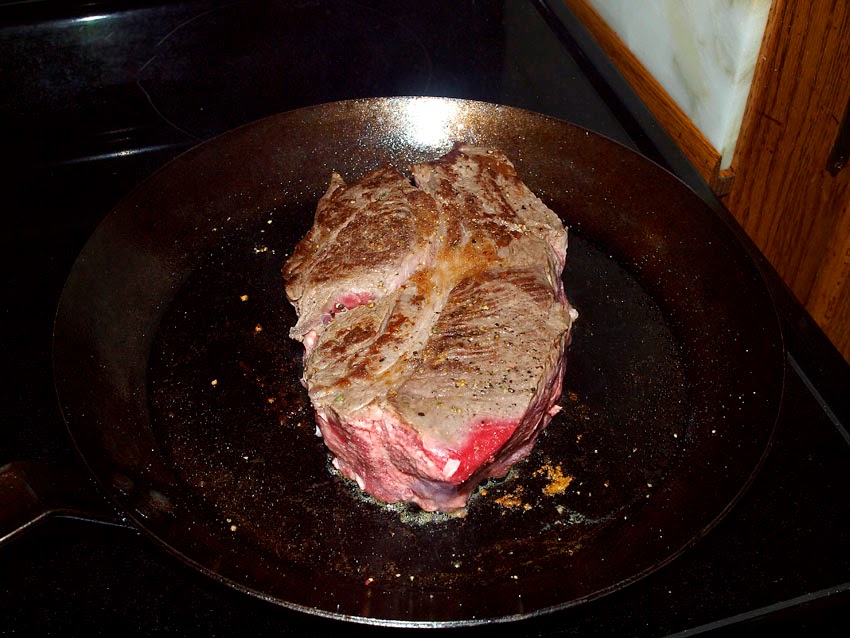 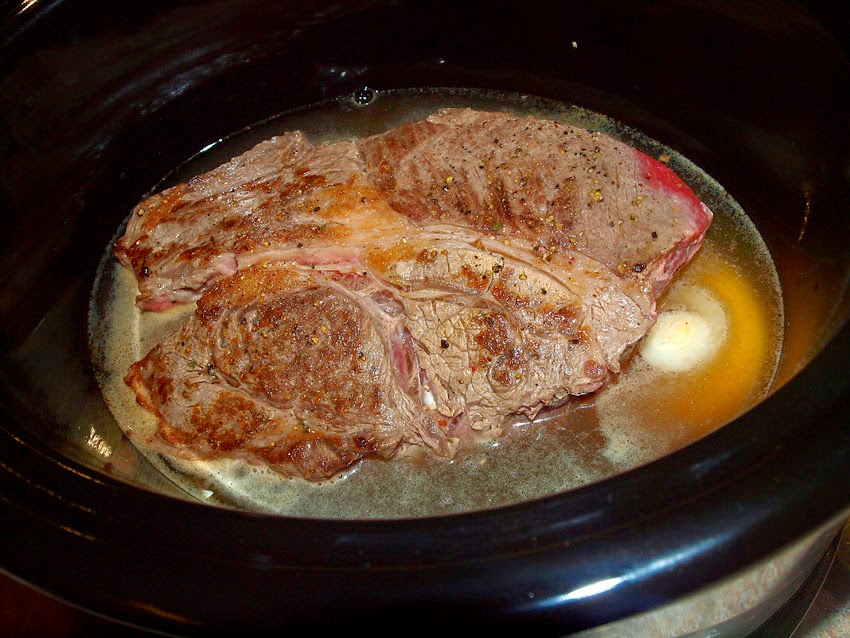 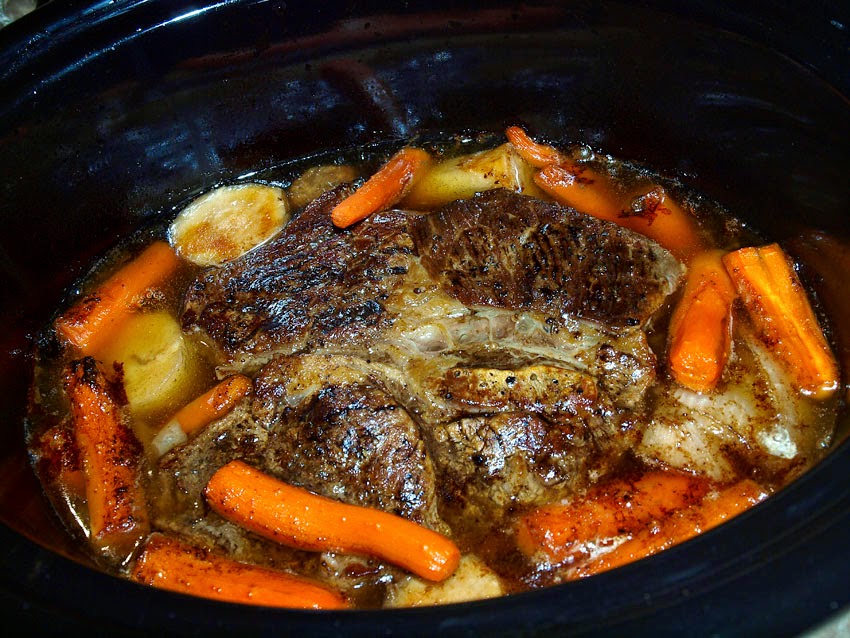 Fat removed and beef added back 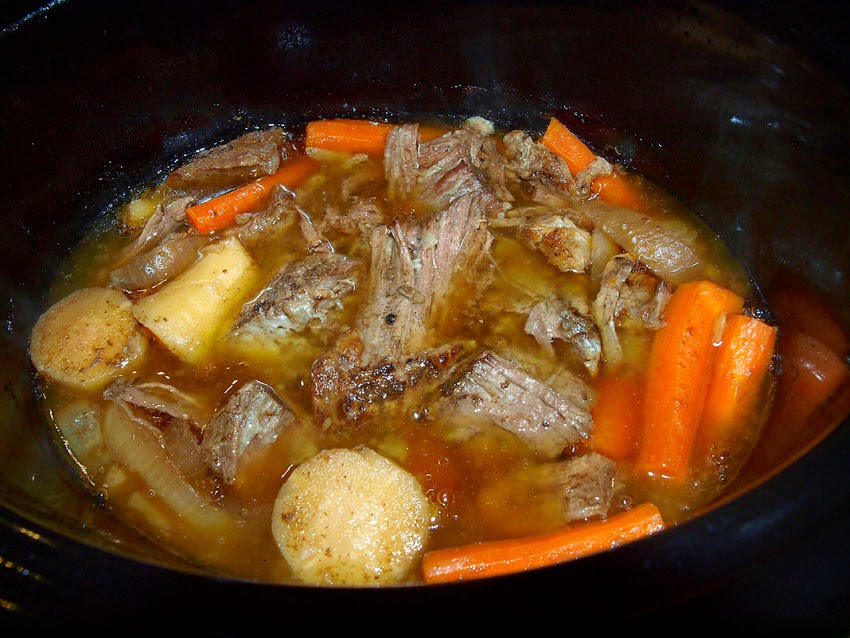