I have fixed cornbread many ways; adding bacon, cheese, peppers and onions to the batter in any combination. I got the idea for stuffing it with pulled pork from Regina Charboneau’s Mississippi Current cookbook. She used a square muffin pan and filled halfway with her cornbread mix, added a Tbs. of pulled pork and some chopped mustard greens then more batter and baked. It looked delicious.

I had found a muffin pan that had 8 oblong mini loaves to use.  I cheated some and used my favorite cornbread mix; Miracle Maize Sweet. I had some pulled pork I had done with peaches thawed out. I chopped it up some and added a little BBQ sauce. I didn’t add any greens to mine. I baked them at 350 deg. for 30 minutes.

For our sides I had peas and some baked Mac and cheese that was supposed to be a recipe from Sam and Daves BBQ in Marietta, GA. It had three cheeses and I used half and half instead of cream; and topped it with some Savor’s Savor All. I just made a half recipe that served four.

Our daughter in law and grandson came to eat with us. I made 4 of the cornbread loaves plain for her. We all thought it was all good. I thought the Mac and cheese could have had some more half and half added to be creamier. The cornbread and Mac and cheese were easy to fix together; they both baked at 350 deg. and was done in 30 minutes. 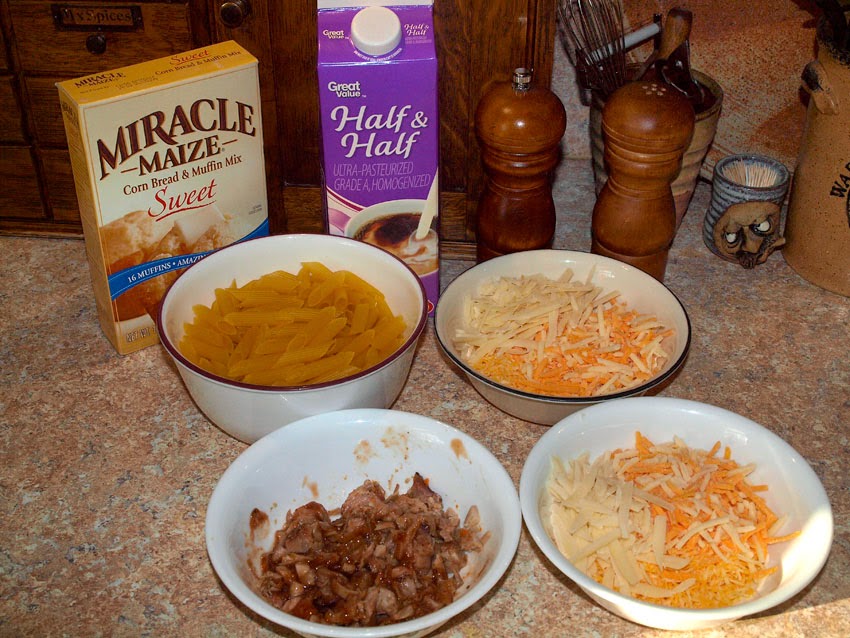 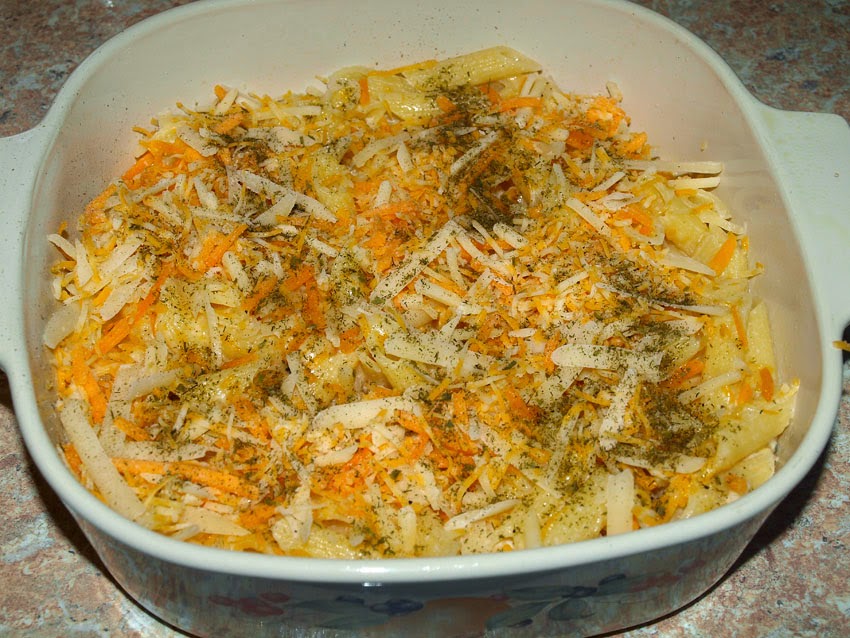 Making up the cornbread 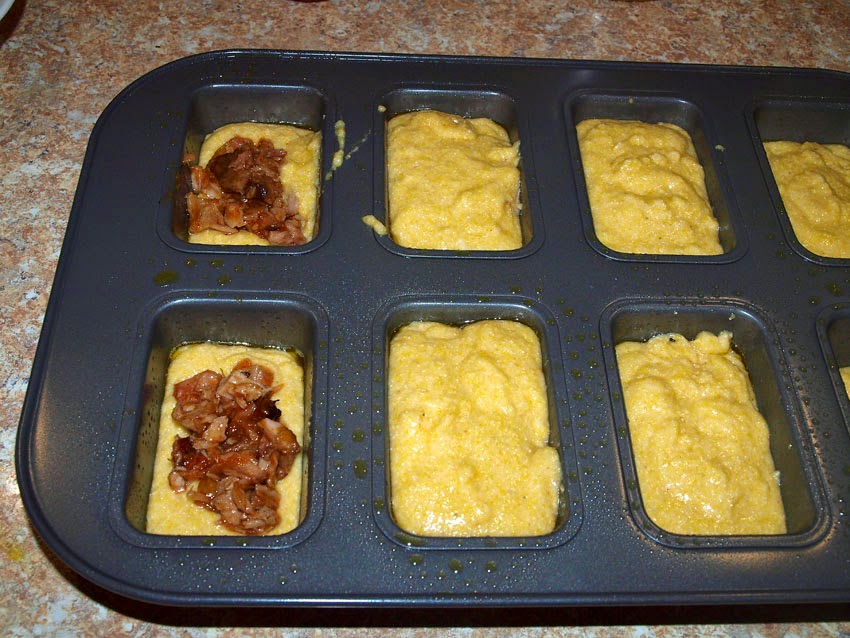 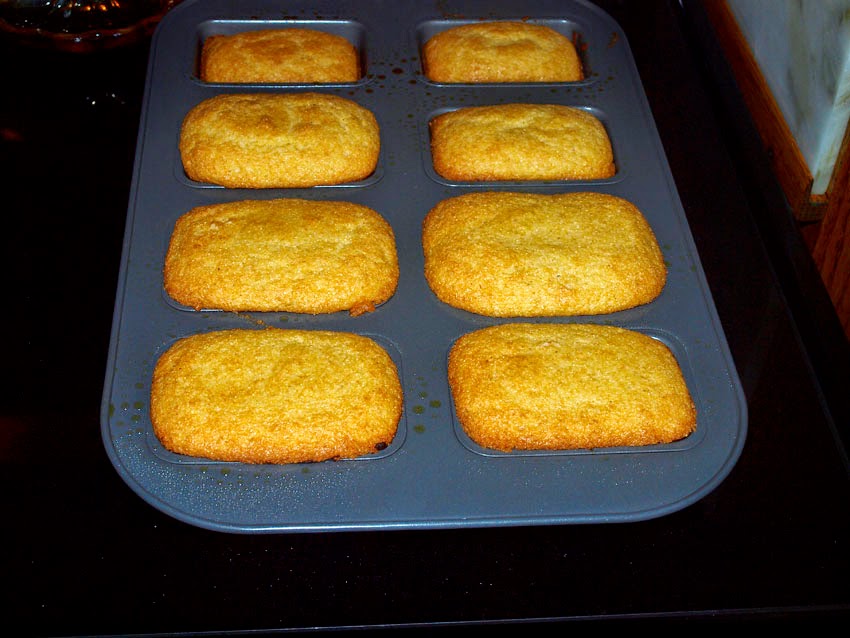 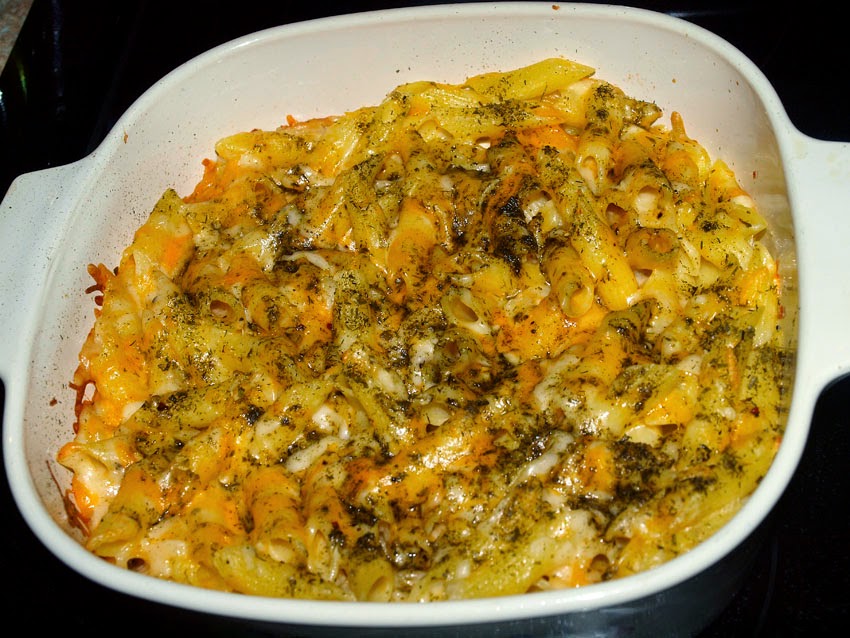 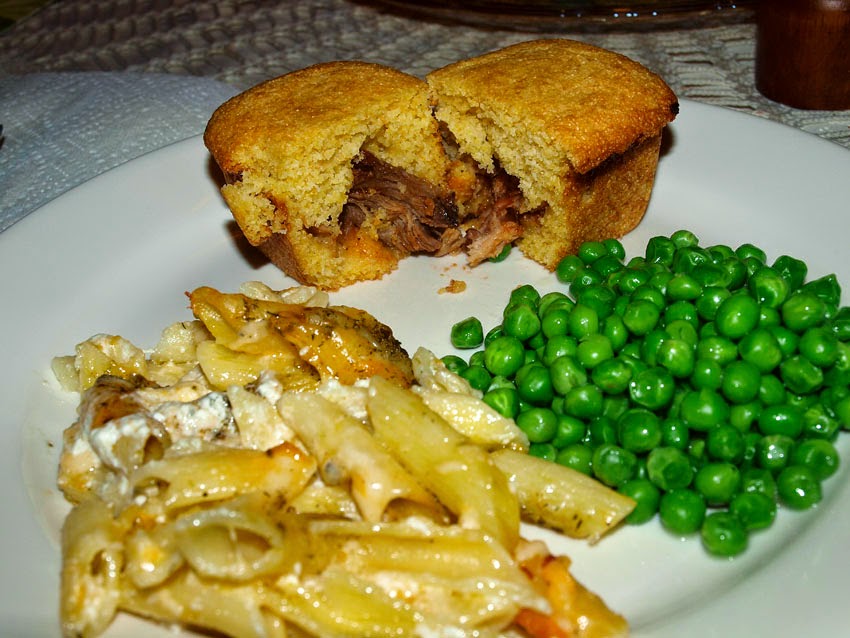