When my friend Sandman gave me a pound of his home cured apple wood smoked bacon he also gave me some Savor Spice’s Super Pig bacon seasoning to try. He said it was a little sweet for him.

I am not a good one to rate this seasoning since I have tried other pig candy recipes and didn’t like them.
I think the first pig candy I tried was a recipe called millionaires bacon and was mostly as much brown sugar as you could get to stick to the bacon and doing in the oven. I made some bacon jam and didn’t like that.

This morning I fired up the Traeger, seasoned some bacon with Super Pig and on the frog mat. It was at 250 deg. and I eased it to 300 deg. It looked done and crisp at 50 minutes total cook time. I tasted a slice warm and thought it was so so. After it cooled in the fridge I liked it better. To me if anything maybe it had a tad too much salt.

I did eat all seven slices though; so for one who would rather just have plain bacon should rate it high for people who like a little sweet and heat on their bacon. If I wanted to fix some pig candy for guests I would use Super Pig. 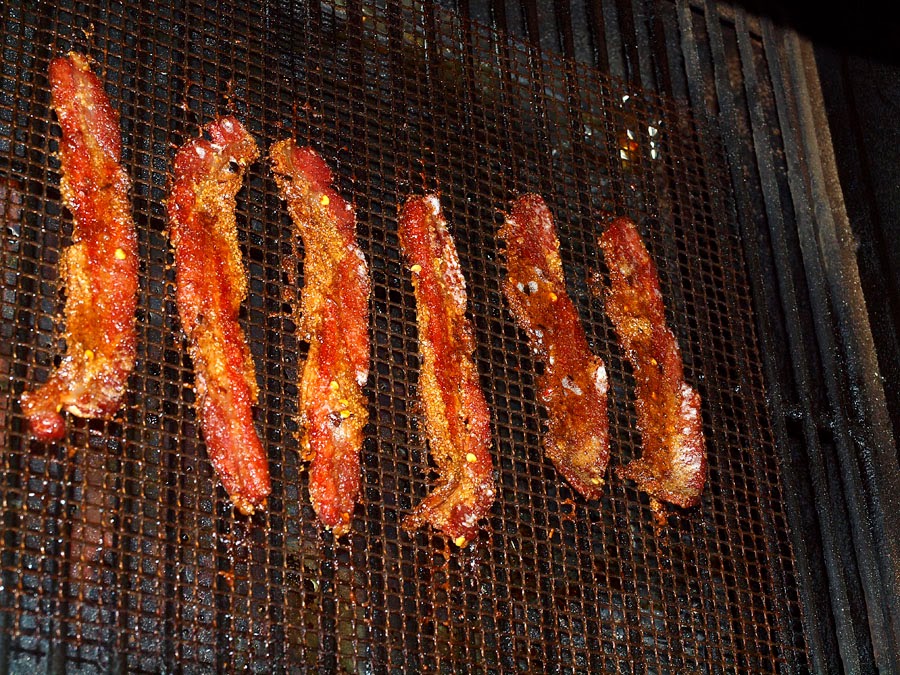 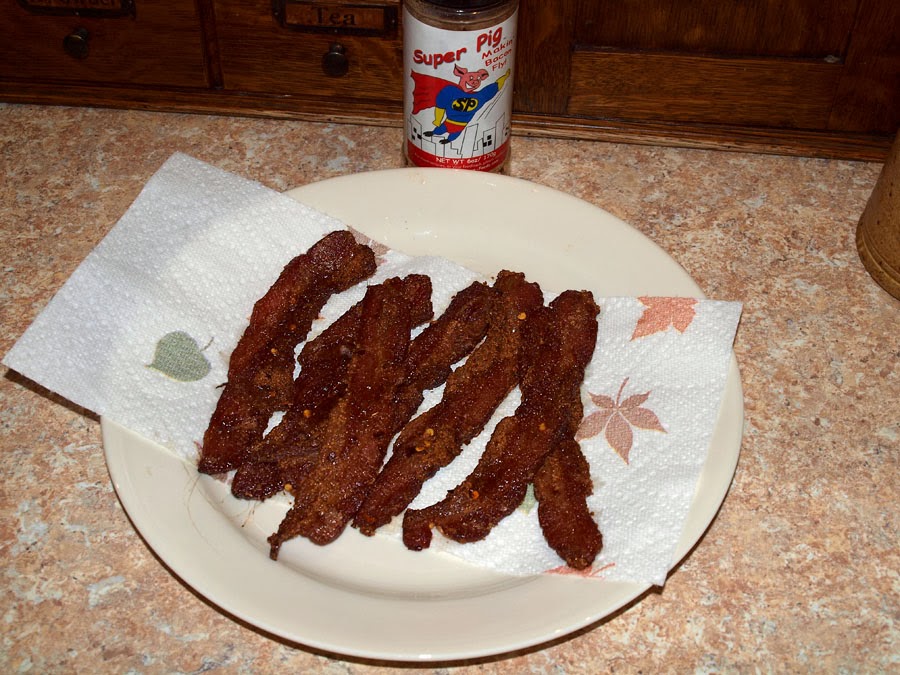