Posole actually means foamy but most have come to know it as a Mexican stew usually made with pork or chicken, hominy, peppers and seasoning.

With it not getting out of the 20’s all week-end called for some soup for Sunday’s supper. I had pulled pork left over and thought hominy. I knew a traditional posole soup would be too spicy for the wife so I came up with this mild version. I added some heat to mine at the table.

After lunch I made some cornbread baked in my old Wapak cast iron skillet. You can mix up your own but for convenience any more I use Miracle Maize sweet box mix. The box says bake at 400 deg. but I find 380 deg. for 25 minutes is just right for me. I pre-heat my skillet with a good teaspoon of bacon grease while the oven is heating. I mix up the batter, pour the excess grease from the skillet and pour the batter in and bake. When I check it and the top is starting to crack and the edges are a nice golden brown, pulling from the sides of the skillet it is done. I let it cool 5 to 10 minutes then invert into a dish to serve; that shows the nicely brown bottom.

It only took an hour to throw the soup together. It came out a lot better than I thought. The wife not being a big soup person thought it was extra good too. I added some Cajun seasoning and hot sauce to mine. It tasted great with buttered cornbread. 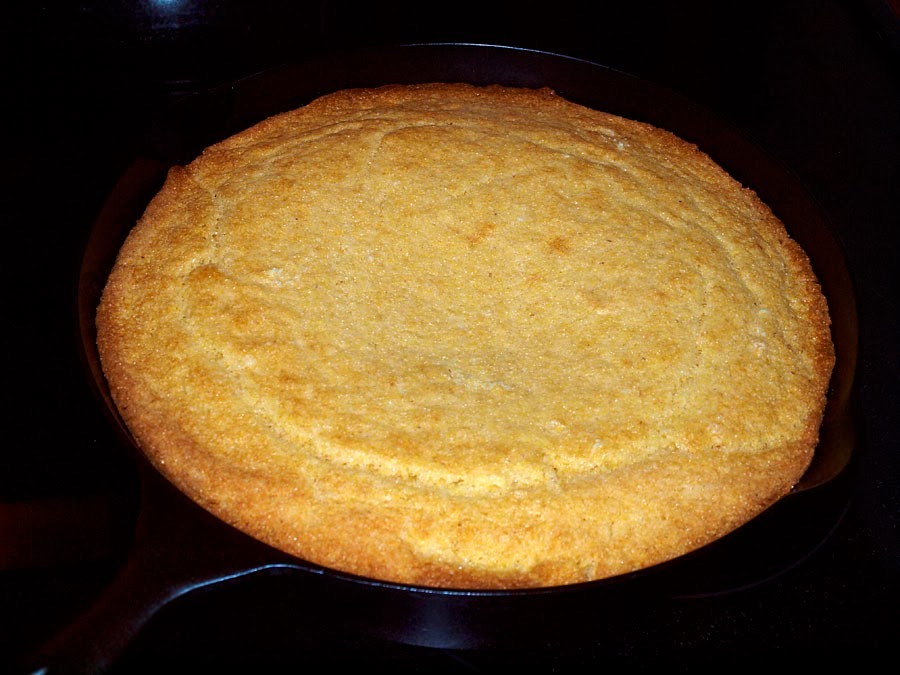 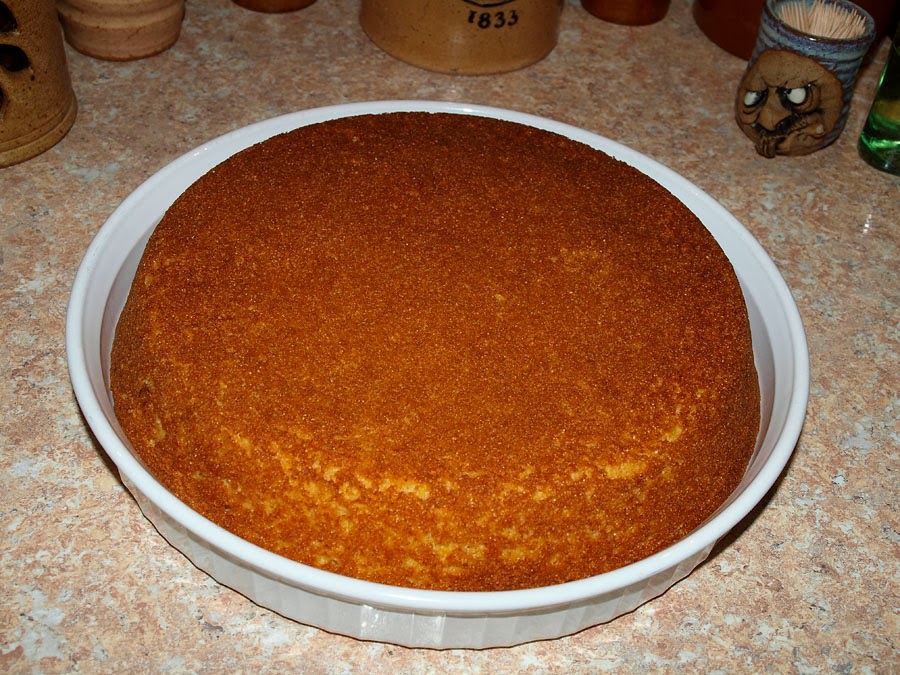 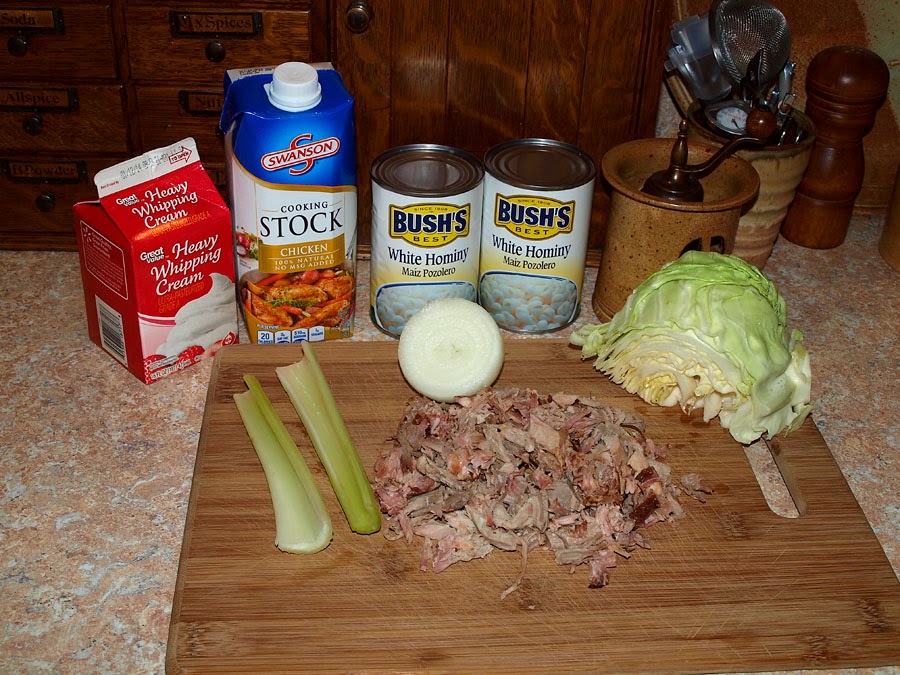 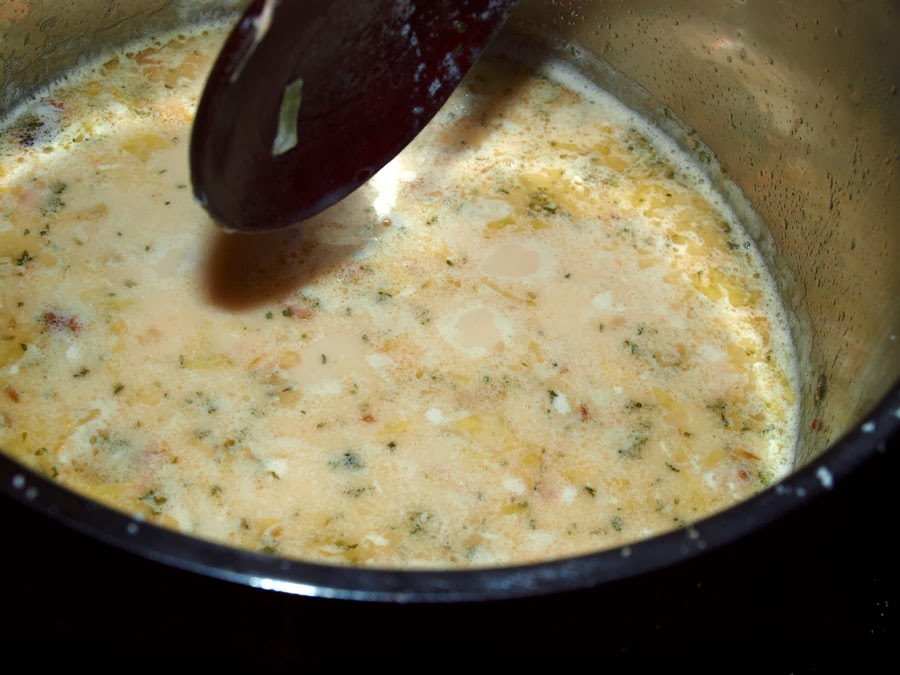 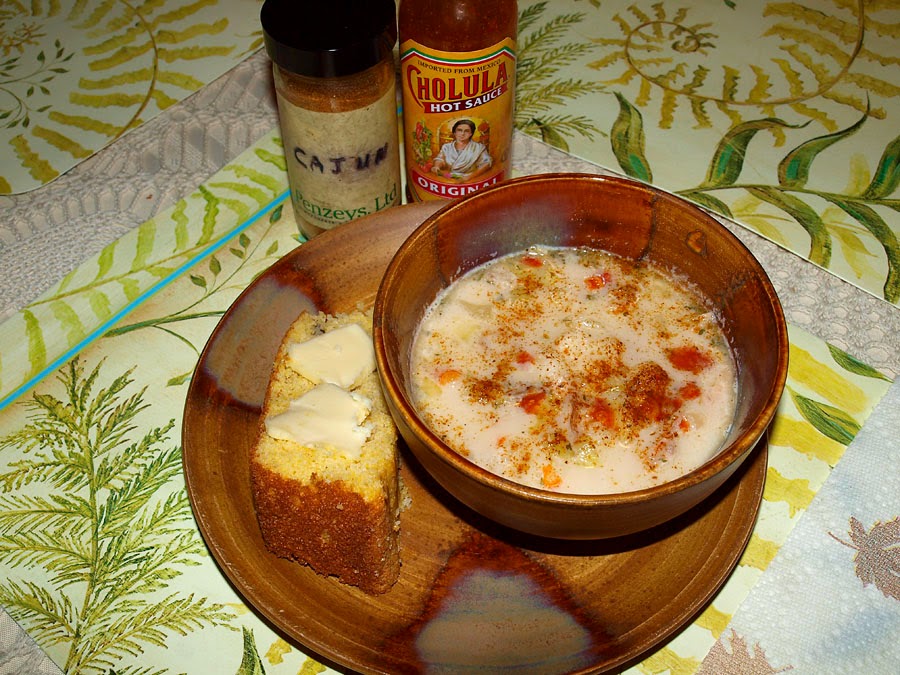