The other day Sandman gave me some of his home cured apple wood smoked bacon. Sandman is the user name of fellow Let’s Talk BBQ forum member, and friend who runs the Beer & Wine Depot, a drive thru carry out. We exchange ideas and sometimes samples of food we BBQ or cook.  I fried some up for our lunch today, just got finished eating. Fried mush and cheese omelets complimented it.

I used to make my own mush but now to save time I buy it from the grocery. Yoder’s brand is the best, an Amish family company that sells Amish food products around the area. Here in the US fried mush is mostly popular in the mid-west and north-east. Some people like it with maple syrup but I like a dab of butter, salt and pepper on mine.

I used some four cheese shredded Mexican cheese in the omelets. My wife had a one egg omelet, a slice of bacon and a slice of mush; she eats a little lighter than me! I had a two egg omelet, 3 slices of mush, with butter, salt and pepper, and 4 slices of bacon.

That was a good breakfast, (lunch)! 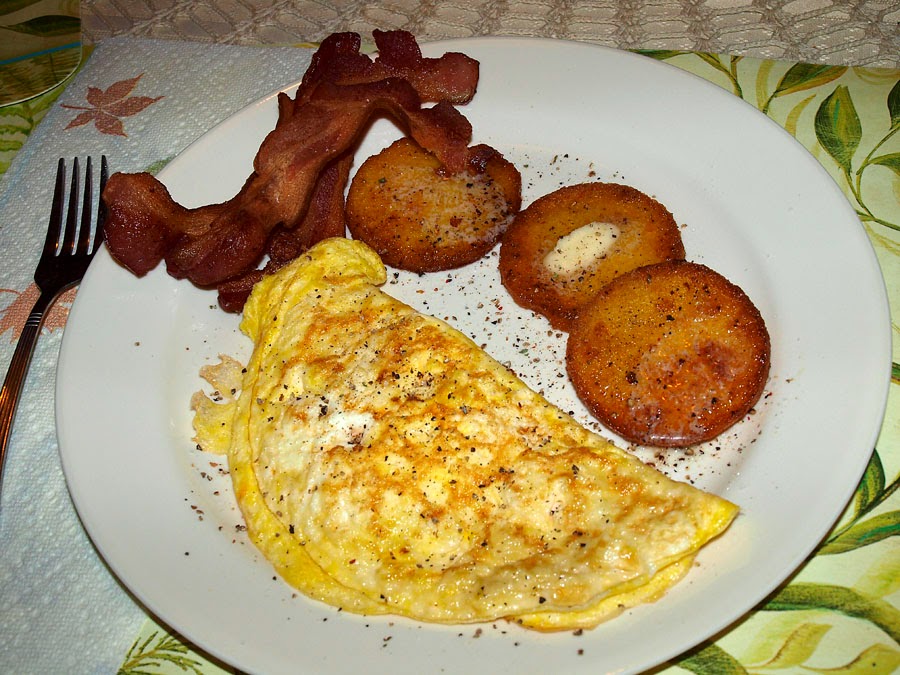