I needed a simple supper for Sat. evening so this crockpot beef pot roast worked well for me. I needed to install a new blower fan in my Traeger and mulch up some of the leaves in my yard. It was a nice day about 60 deg.

I followed Pioneer Woman’s recipe pretty close. She did hers in the oven and I did mine in the crockpot for about 8 hours on low. With just a beef chuck roast, carrots, celery, onions beef broth and a little salt and pepper it makes a fine meal. Add some mashed potatoes and rolls or bread and butter and you have a comforting meal. Homemade mashed potatoes are better but as a time saver I used some Bob Evans and toasted some garlic knots in the oven.

I browned the onions and carrots in some olive oil then seared the roast and in the Crockpot with two stalks of celery. I deglazed the skillet with some light beer, ¾ cup, and in the pot, you could use some wine or if you don’t want to use alcohol use beef broth. I added some beef broth to almost cover the roast. I turned on high for about a half hour then down to low.

I got the new fan in the Traeger, changed the pellets out to some 100 % apple wood and recharged, ready to do some apple wood bacon Sandman gave me. I got my leaves mulched and then some rest before supper time.

An hour before supper I took the roast out to remove the fat, had to use a slotted spoon, it fell apart.


I added the meat back and turned to high. I added slurry of a tablespoon of flour and a little water, and a tablespoon of kitchen bouquet the last half hour. Kitchen bouquet is a browning and seasoning sauce for meat, gravy and stews. I skimmed some fat off the top and then I toasted the garlic knots in the oven, nuked the mashed potatoes and served it up. That hit the spot; I was hungry for some good beef and gravy! 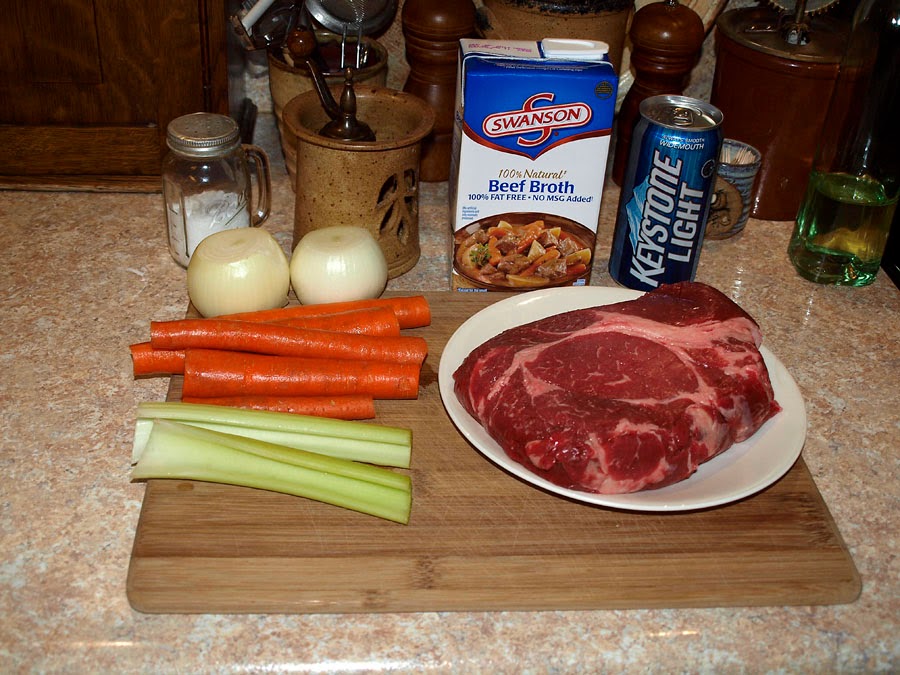 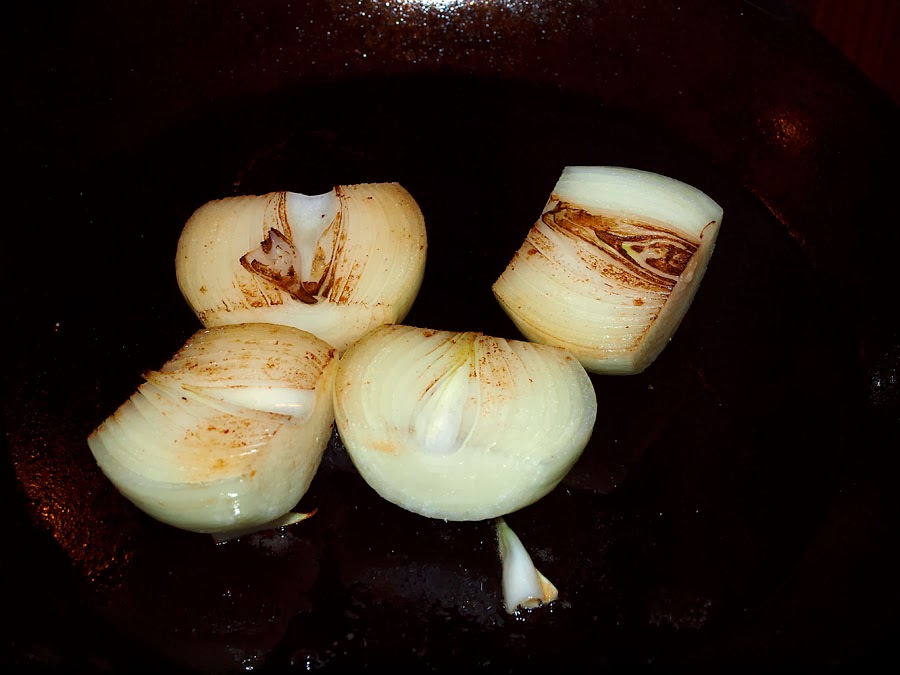 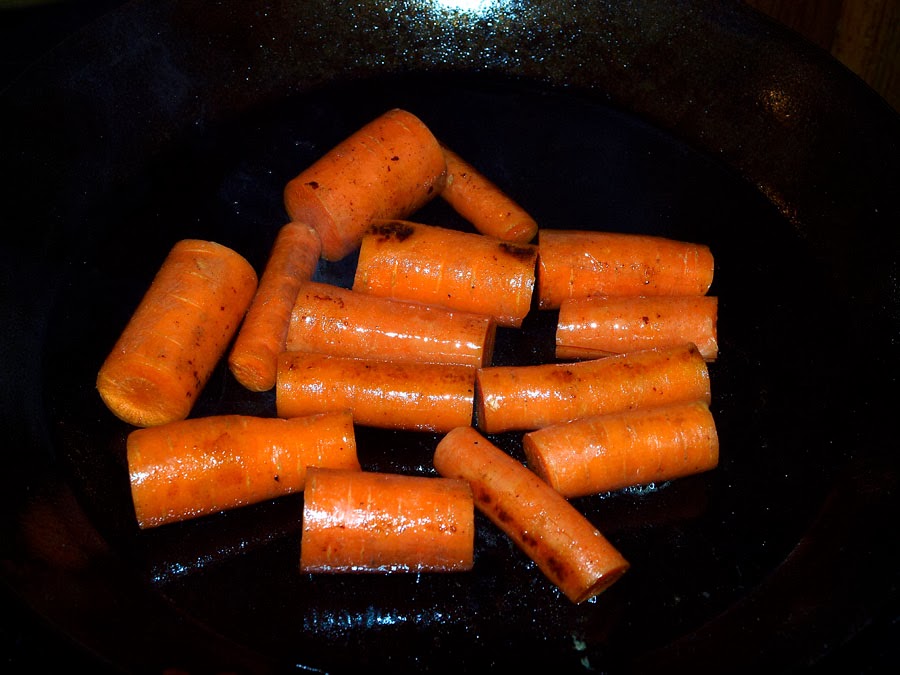 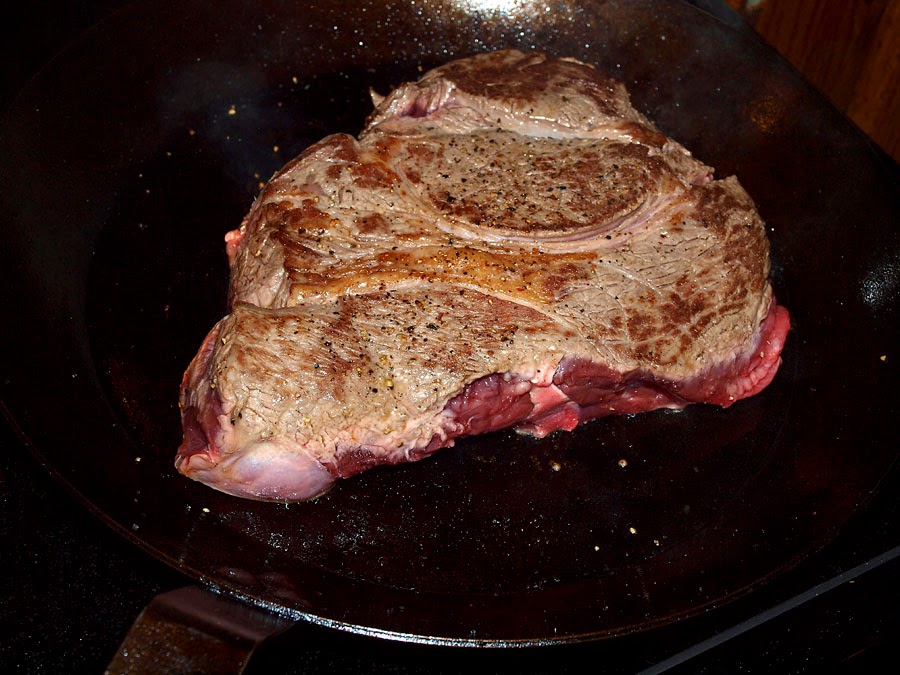 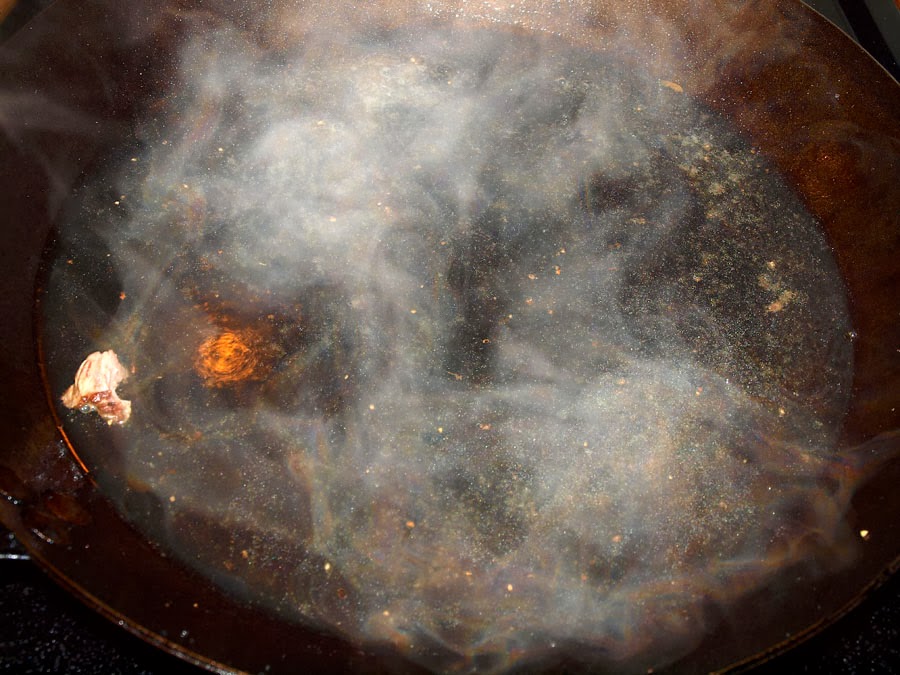 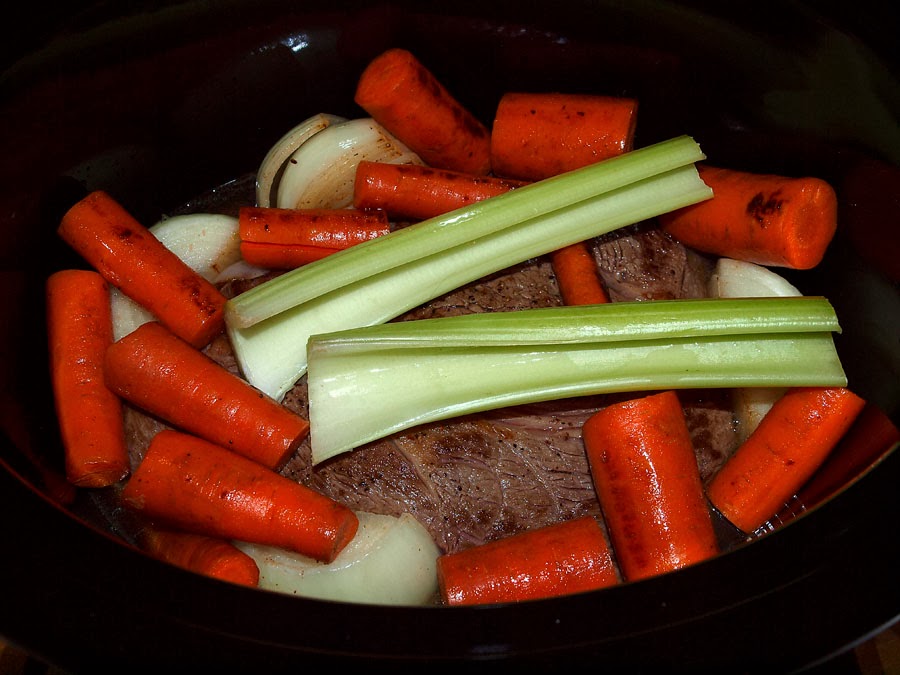 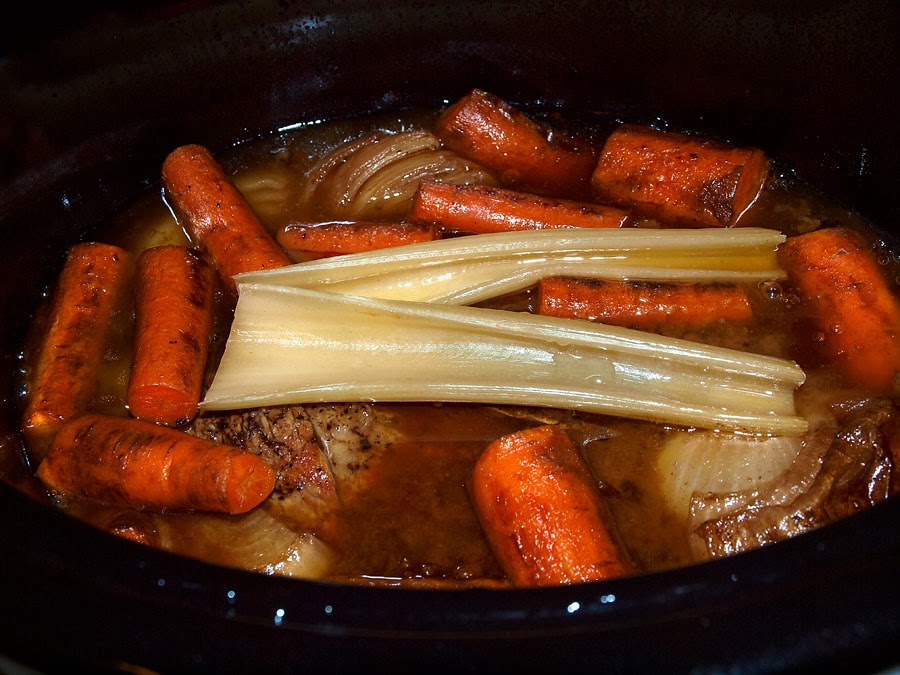 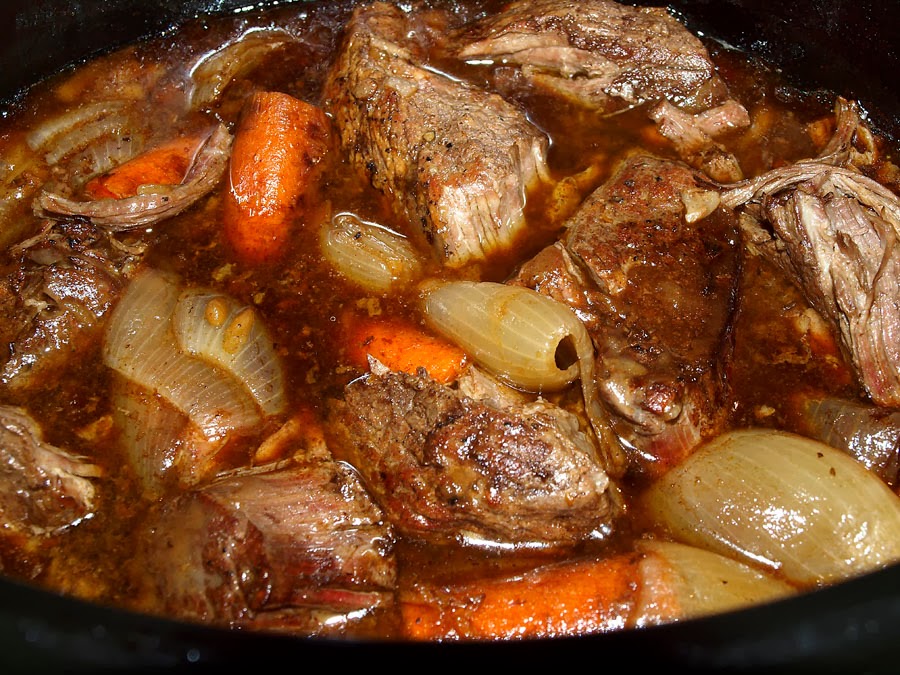 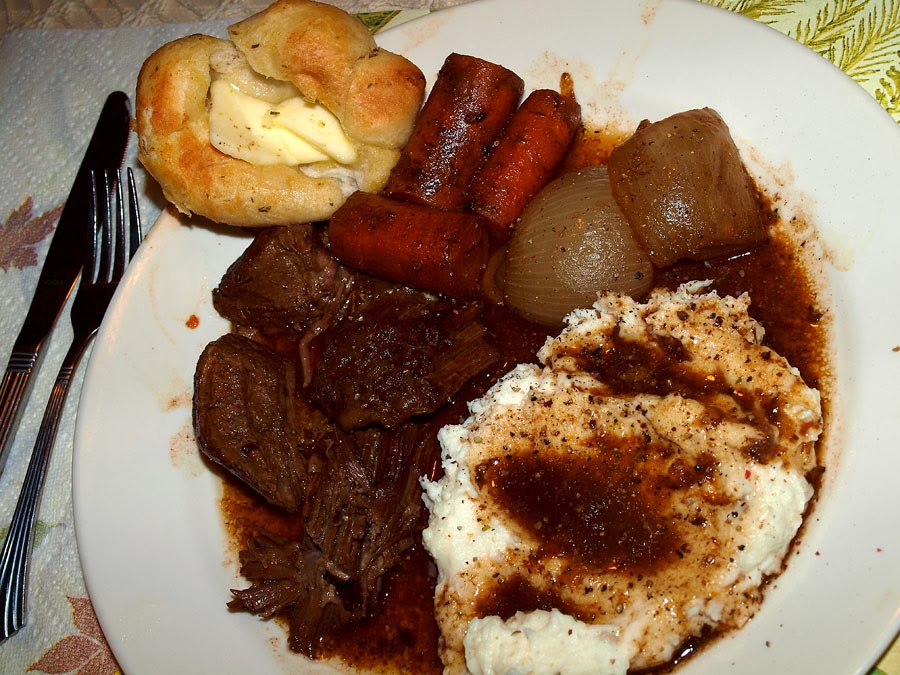