It was a nice sunny 57 deg. today; nice enough to cook out but I had some chores and just wanted to relax. Supper would be a beef arm roast in the Crockpot all day, some oven fast food fries and corn on the cob.

I am not sure how long ago I started using beer whenever braising meat but I just about always do now. I like to use dark beer but lager is good too if I don’t have dark on hand. I had some Deschutes Fresh Squeezed IPA to use. I never tried IPA, India Pale Ale, before but I like this one that has a citrus undertone. I thought it would go good with the beef.

I seasoned the beef with some fresh ground pepper and coated with flour; then seared in a hot skillet with a little olive oil 3 minutes on each side. It went on top of some sliced onions in the Crockpot. I sprinkled some dried garlic flakes on top. I mixed a packet of Lipton’s beefy onion soup mix with some of the beer and poured over the roast. The rest of the beer went in the pot and was enough liquid to come up half way on the meat. The onion soup has enough salt that you don’t need any extra. I topped it with two stalks of celery, and put the lid on. I set it on high for a half hour to get it heated up then down on low for the rest of the day.

Two easy sides were some Or Ida fast food fries in the oven and steamed corn on the cob. Fresh corn is only in season here about 3 months in the summer. I would love it all year around. I don’t like the frozen stuff and any fresh shipped in is usually too tough. For a couple of years I have steamed my fresh corn for the best taste so I tried some of the fresh shipped and it comes out pretty darn good; not as good as fresh but eatable.

My wife and I had the beef on some whole grain Ciabatta buns with mustard and Claussen dill pickles. I seasoned the fries with some Penzey’s 4S salt and I had Penzey’s sandwich sprinkle and parmesan cheese on my corn. That was an easy supper that tasted good. 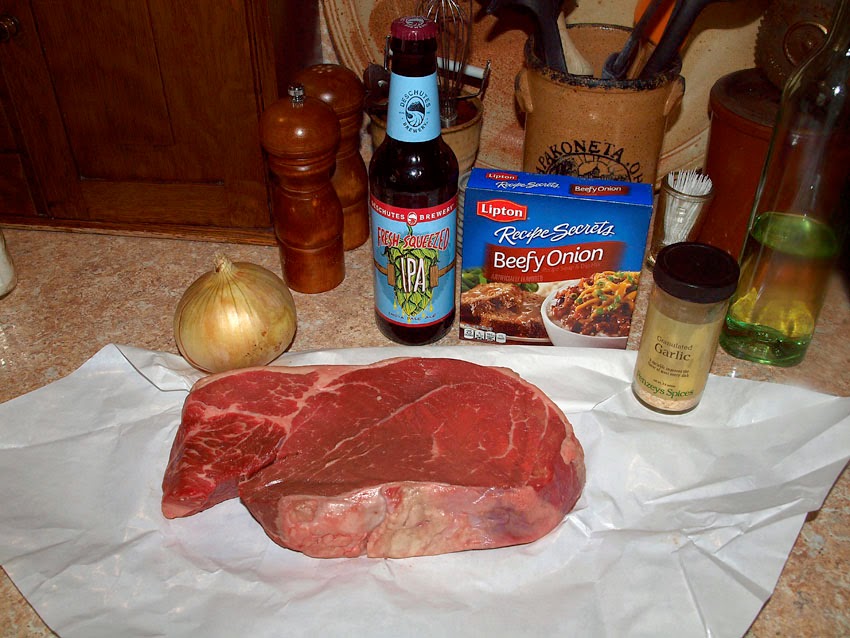 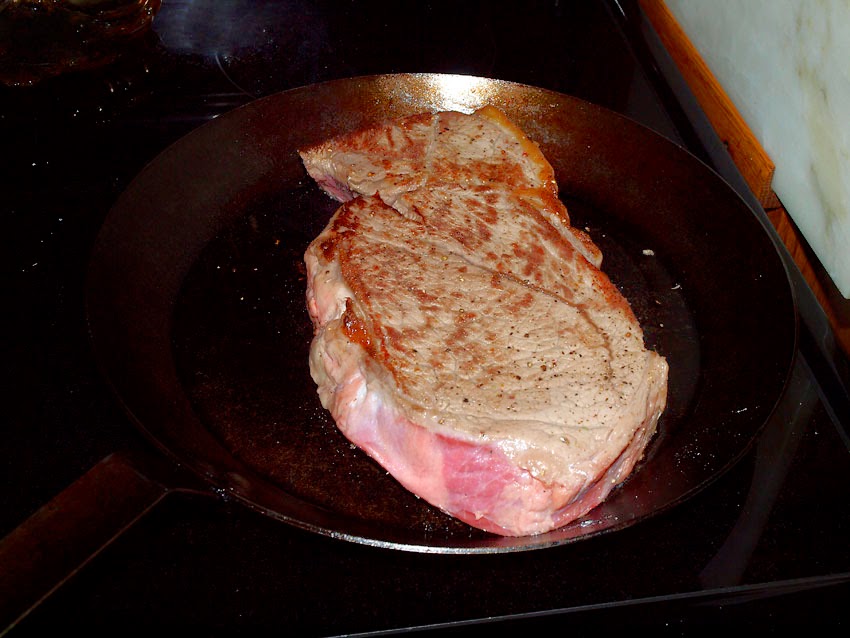 On sliced onions and garlic added 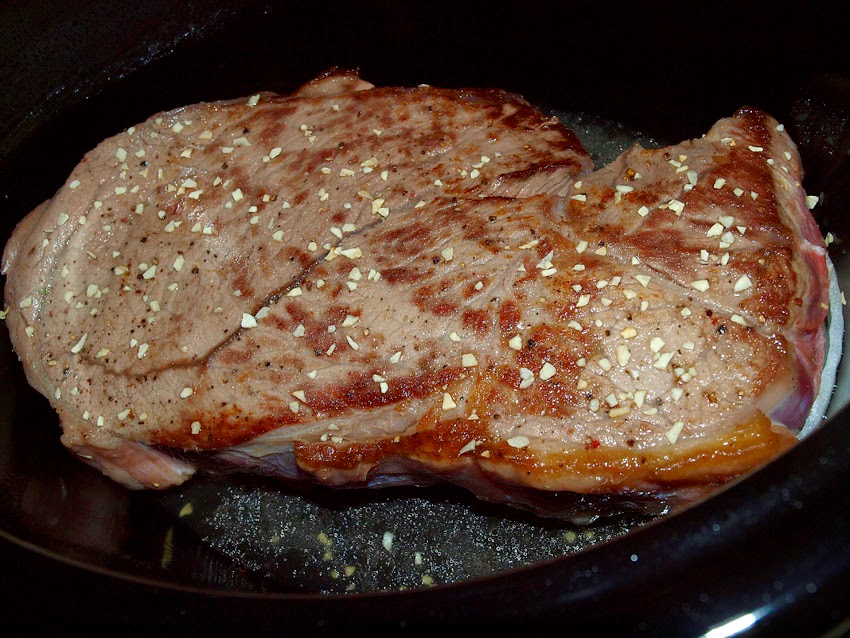 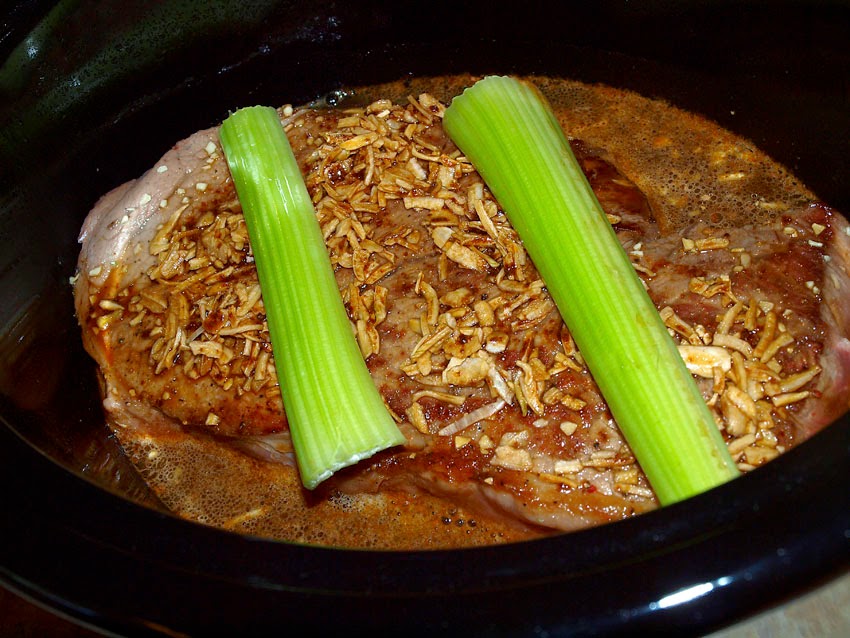 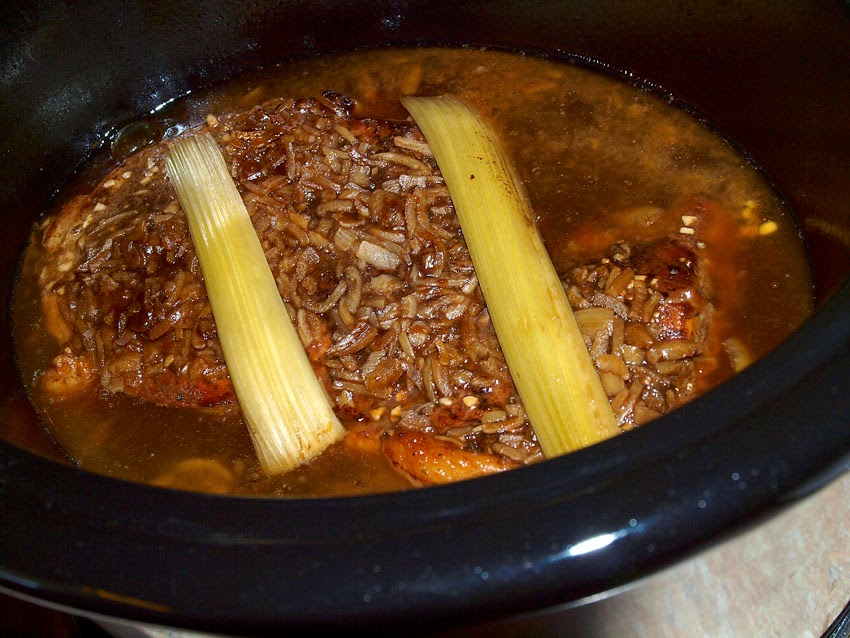 Beef and onions to add back in 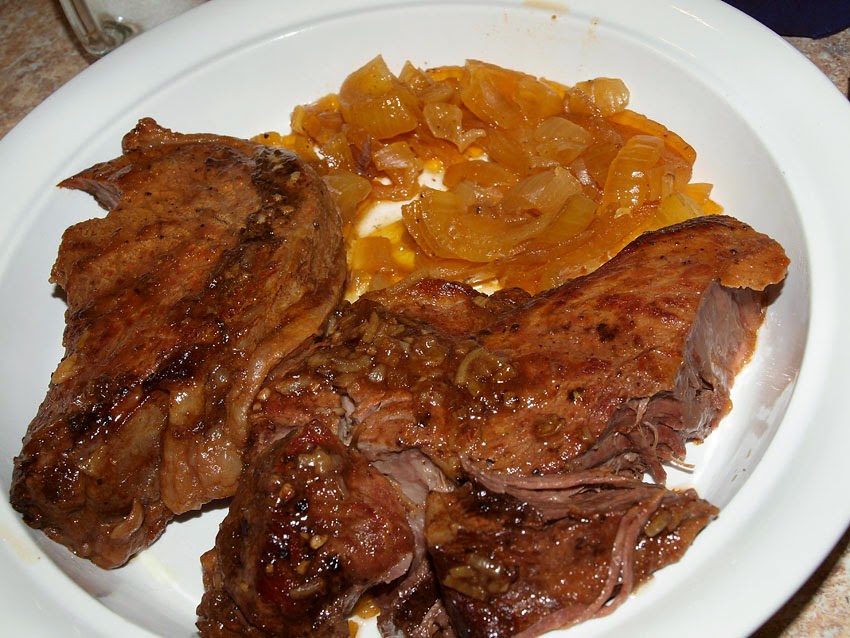 Beef shredded to add back in 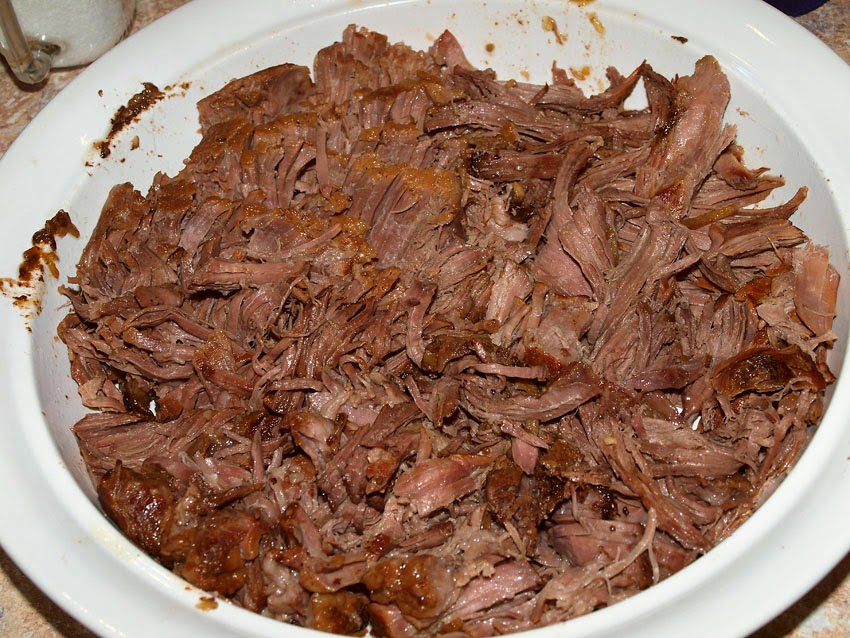 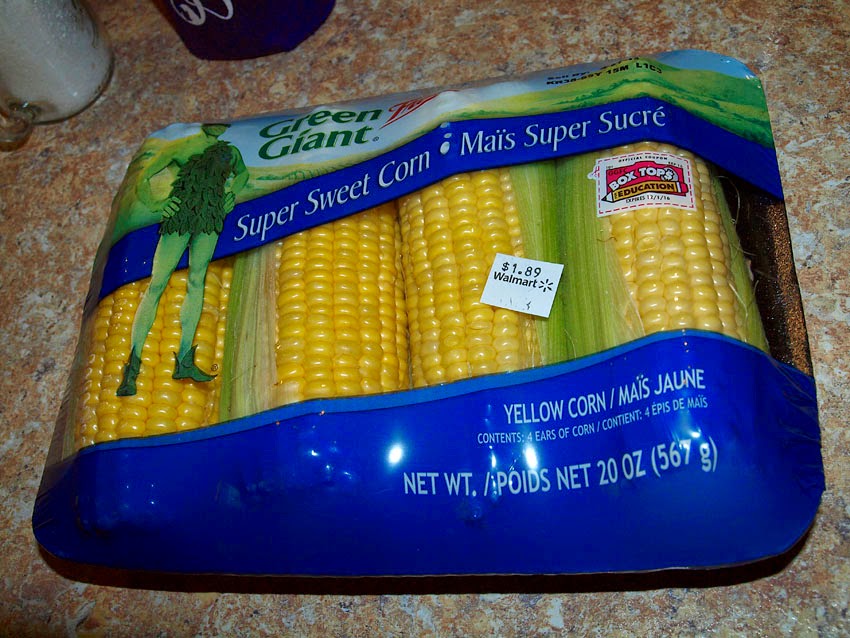 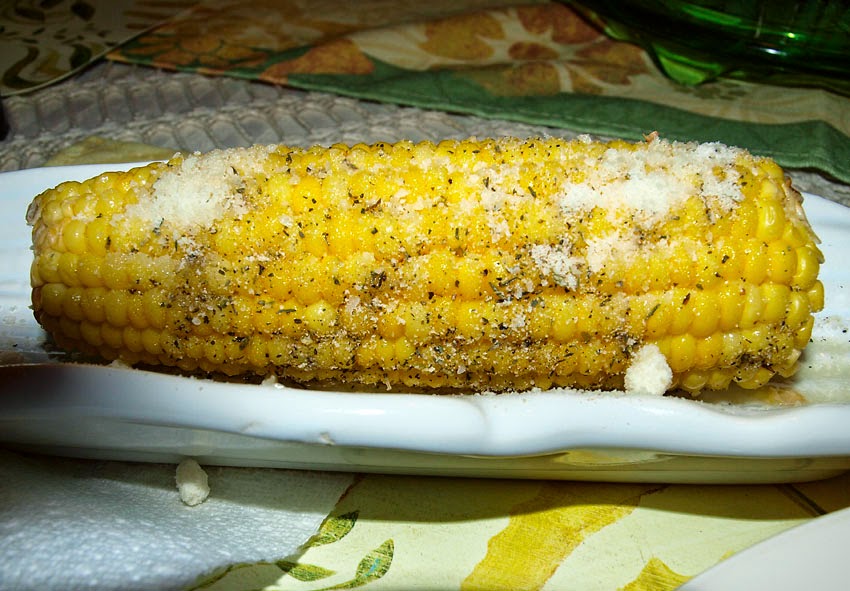 My sandwich and fries 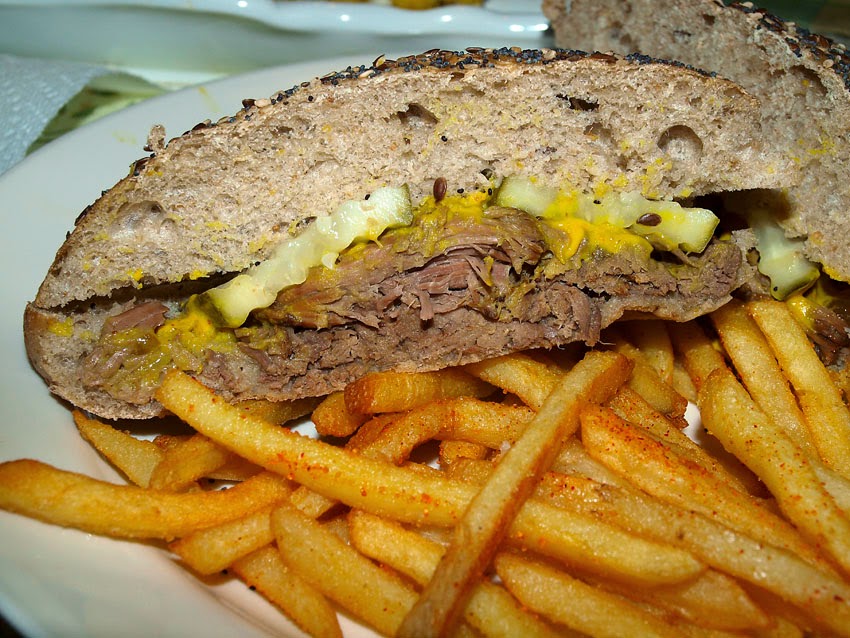