I had a half pound of ground round to use up so I seasoned it and made a patty for a sandwich. I added all Penzey’s spices, a teaspoon each of Cajun seasoning, Galena St. rub, toasted garlic and dried onion flakes. I was going to fix it Mon. for my supper, the wife and grandson was going out to eat. Then we were having scattered rain so I ate other leftovers.

I thought it would be too hot for the wife so I found some thin cut chicken breasts to make a sandwich for her. I found some good looking onion poppy seed ciabatta buns to use. I divided the ground round in half and made two ¼ pounders. I had some Swiss cheese and some of Kah’s good thick cut bacon for on top of both sandwiches.

Today was a nice 60 deg. sunny day to cook on the Weber Spirit. After lunch I got a batch of Kimchi started to take to the Ohio gathering in June. It will have time to mellow out by June 5th.

I had some baby Dutch yellow potatoes so I picked out two of the larger ones and would have them nuked in the microwave the smashed and browned up on the grill. I had some frozen peas for a veggie side. Sorry they got in the one photo for you pea haters!

I used the back side of Grillen grates and had the Weber Spirit at about 400 deg. I cooked three slices of bacon to divide between the sandwiches. It also seasoned the grates well for the burgers and chicken. I seasoned the chicken breast with seasoning salt, it and the burgers went on the grill then added the smashed potatoes; all were sprayed with a little olive oil. After 5 minutes all was flipped.

After about 4 minutes I placed the two bottom halves of the buns on the grates topped one with my two burgers and the other with the chicken, and added the cheese and bacon. I put the top half of the buns on the warming shelf after a couple of minutes all was taken in for supper.

Sorry there were no pics from the grill; with my bum leg it is too much trouble when doing some fast cooking. My wife liked her grilled chicken and said the bacon is what really makes it! I loved my sandwich but the half pound was almost too much for me. From now on I’ll be happy with ¼ or 1/3 pounders. The buns were great, nice crust and airy inside; I don’t like a real dense bun where it is too much bread. The Grillen grates gave the burgers a nice brown crust but I would have liked a little pink in the middle. 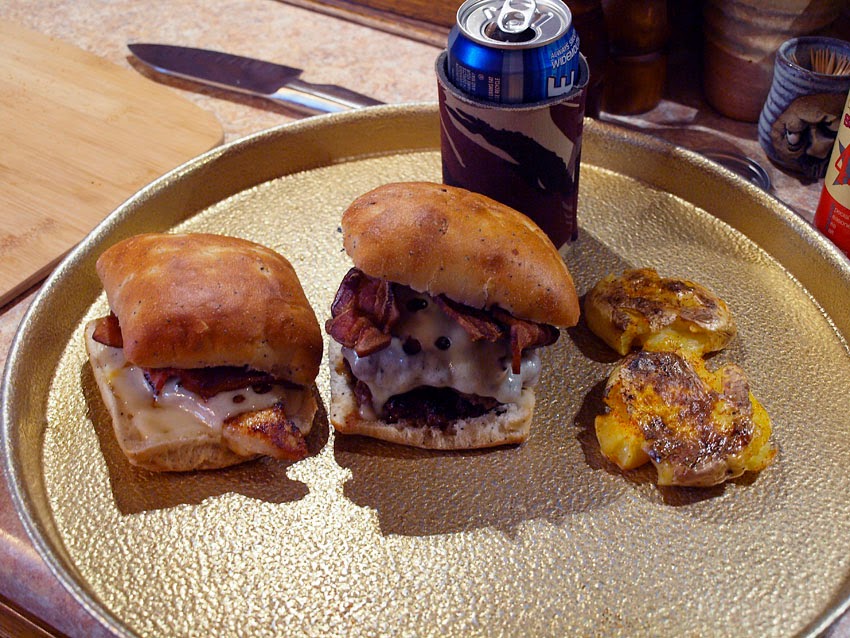 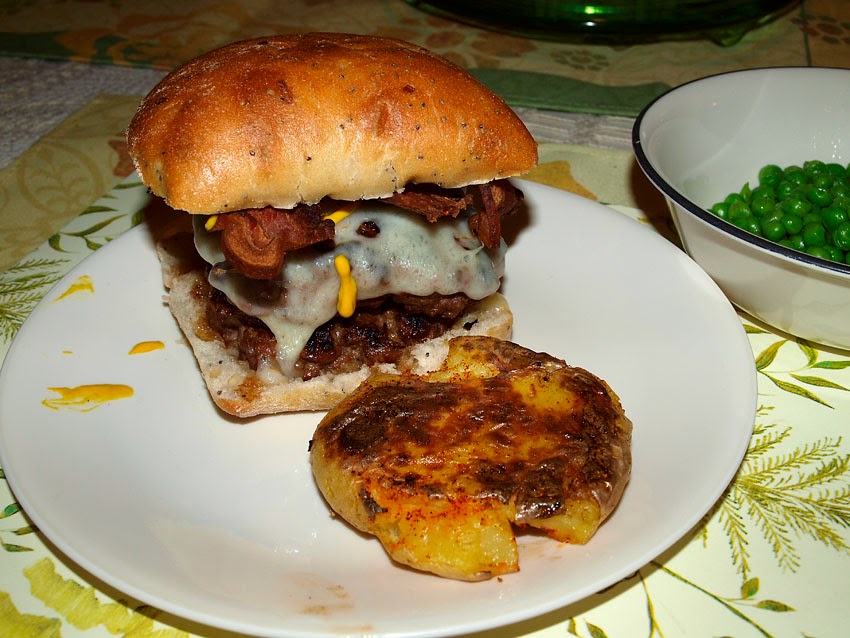 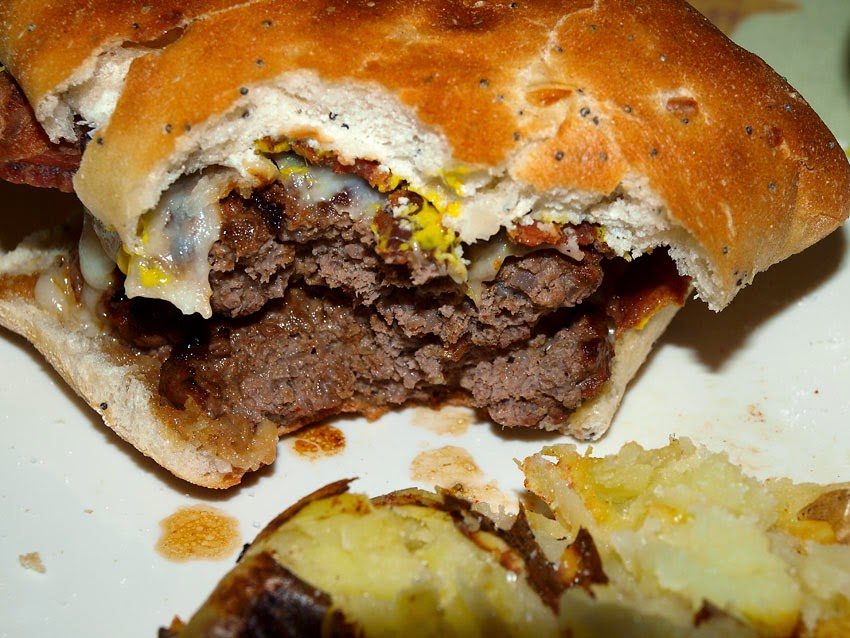