It would just be my wife, me & the dog for Easter dinner this year so I had something a little different than my usual ham. I had smoked bone in BBQ country ribs, cheesy baked potatoes, green bean casserole, corn bread and buttermilk pie for dessert.

I did the ribs Saturday on my smoker and baked the pie; this would leave with not as much to do on Sunday. Two days to prepare meals suites me now at my age and the bad leg slows me down some. I guess you could call this old age low & slow cooking!

Friday night I put the ribs in brine; a half gallon of water, 1/3 cup of coarse kosher salt and ¼ cup of molasses. They were in the brine a little over 8 hours then rinsed and dried; seasoned with some Penzey’s Galena St. rub and in the fridge about 3 hours before smoking. I had thought I would do them for 4 hours at 250 deg. grill level and then finish them Sunday in the Crockpot.

I checked the IT on the ribs at two hours and looked like another hour would get them to 165 deg. so I sauced them with some of Kah’s BBQ sauce. In a half hour I turned them and sauced the other side. In another half hour they were all at 165 to 170 deg. so I pulled them off. I placed them in a covered casserole dish and let set a half hour then in the fridge until Sunday.

After lunch Sunday I baked my cornbread in a cast iron skillet. I got my ribs in the Crockpot at 3:00. I cut some of the excess edge fat off, sprayed the pot with a little olive oil, layered in some sliced onions and enough Black Butte Porter to almost cover the onions. Three of the ribs in and some BBQ sauce, the other 3 ribs and more sauce. I had the Crockpot on high. At 45 minutes in I knew they were not hot enough yet so I placed the Crockpot in the microwave and nuked 4 minutes on high. Now I was sure they would be good in another two hours.

My cheesy potatoes were my standard; enough potatoes peeled and sliced about ¼ inches for two layers in a 10X10 casserole dish. Place the potatoes in a large bowl and add a can of Campbell’s cheddar cheese and stir to cover the potatoes. Add half to a buttered or oiled dish then add some shredded cheddar cheese, ½ to 1 cup, repeat with the other potatoes and more cheese. Pour ¼ to 1/3 cup of milk, cream, or buttermilk over. Cover the dish and bake for 1 ½ hours at 350 deg., removing the lid the last 25 minutes. For the cheese I like sharp cheddar the best but any shredded cheese or combination will work; it’s a good dish to use up shredded cheese.

My green bean casserole was a can of cut green beans and a can of French cut beans drained, a can of cream of mushroom soup, a half cup of milk, a Tbs. of soy sauce and about a cup of French fried onions all mixed in a casserole dish, baked for 40 minutes uncovered and more French fried onions added the last 10 or 15 minutes. Next time I will omit the milk, we like it thicker.

It all was ready at 6:00. Tasted great, the ribs were moist, fork tender with a little bark. The Kah’s BBQ sauce is the best and wish I had the recipe; it’s made by my butcher.  My wife said this is the kind of ribs you should fix all the time! I felt bad; I like baby back or spare ribs better and thought I did a good job! I will just have to mix in more country ribs for her. 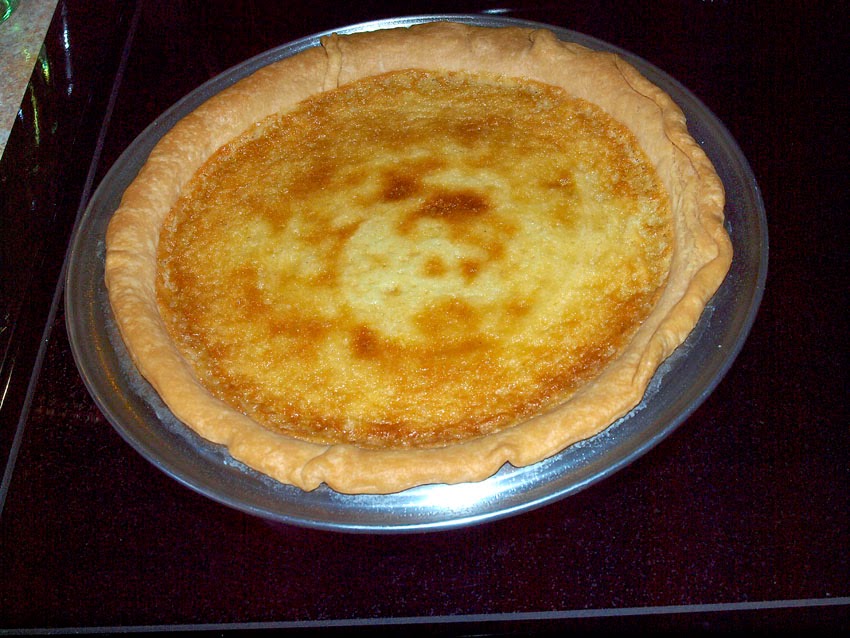 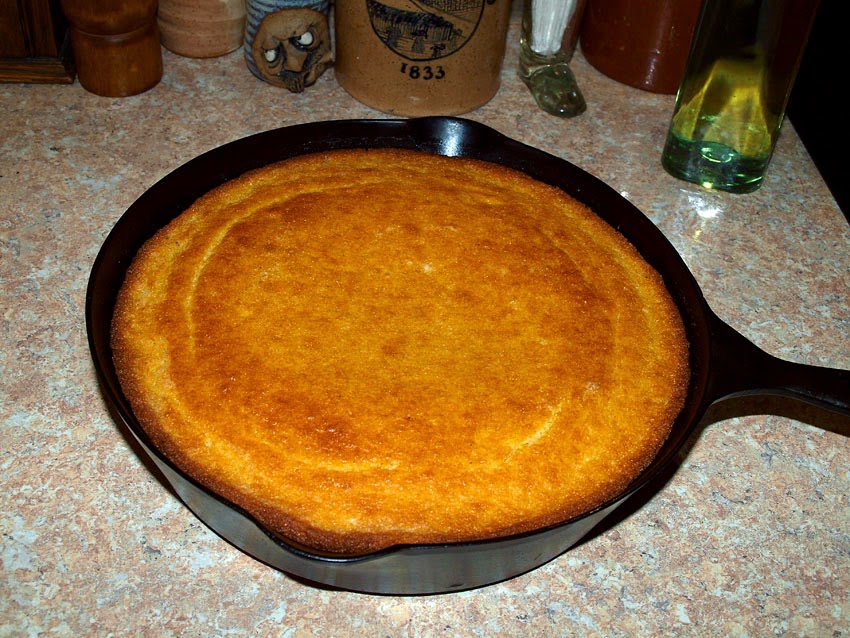 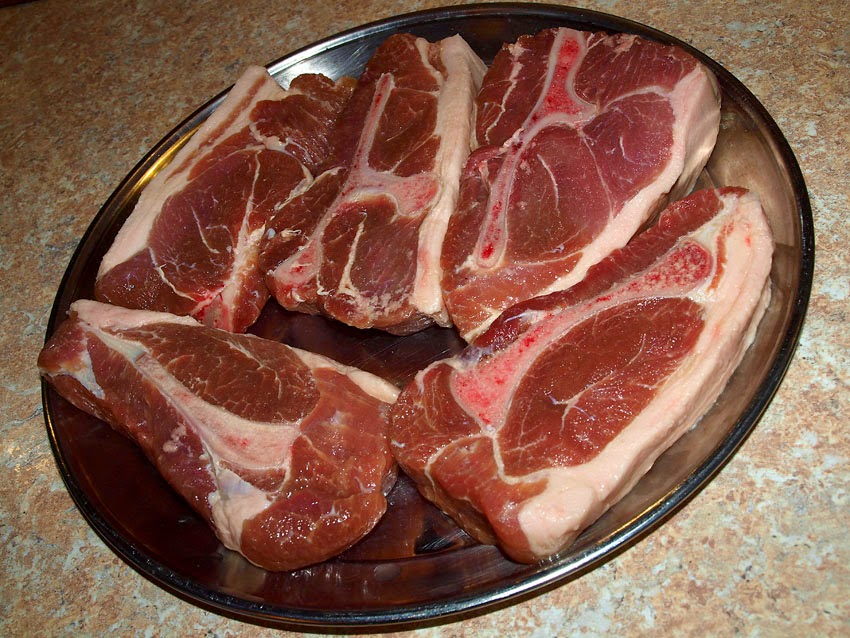 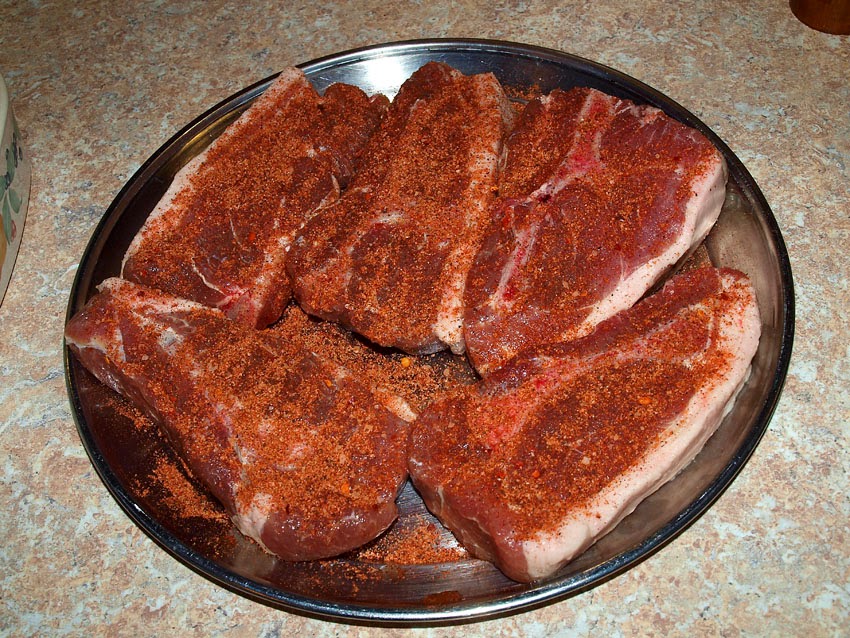 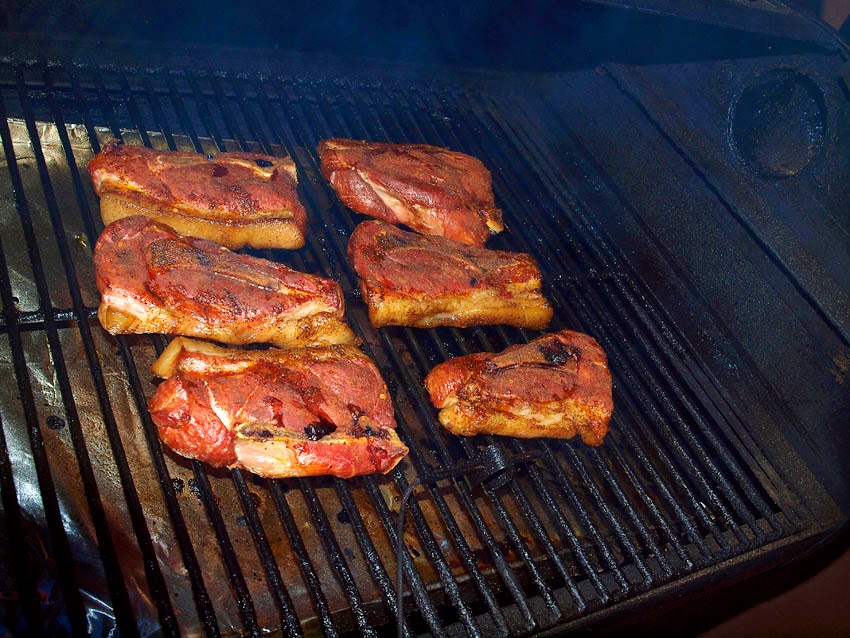 After 2 hours sauced and turned 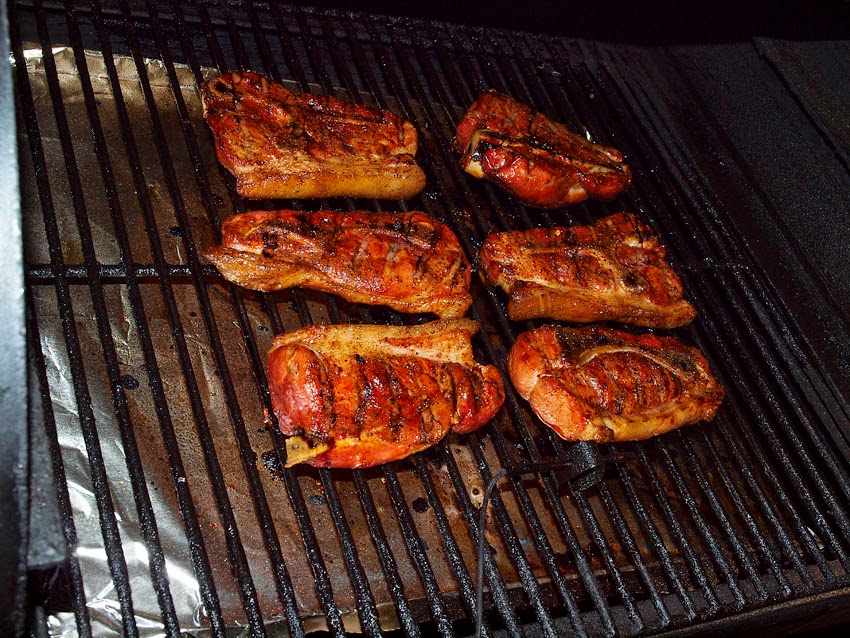 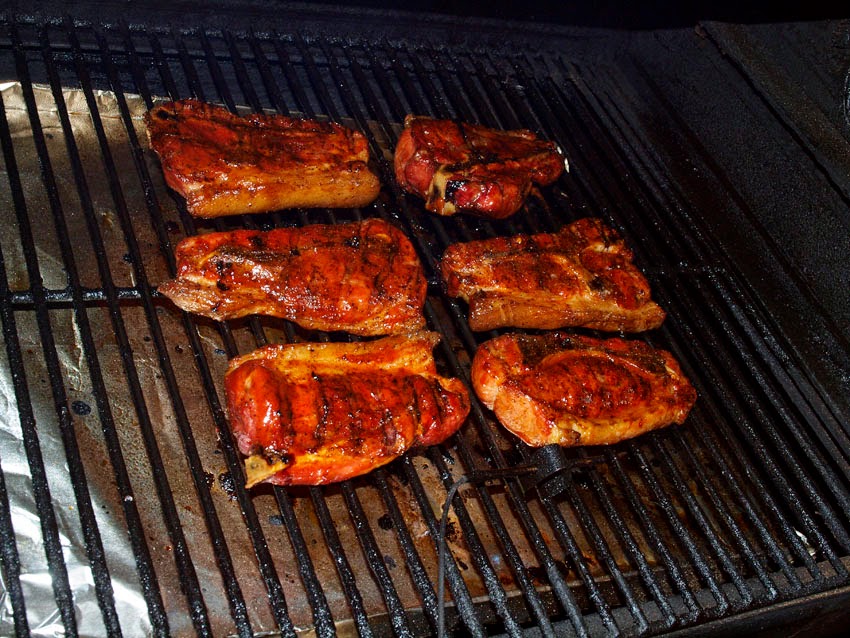 3 hours of smoke, ready for the fridge overnight 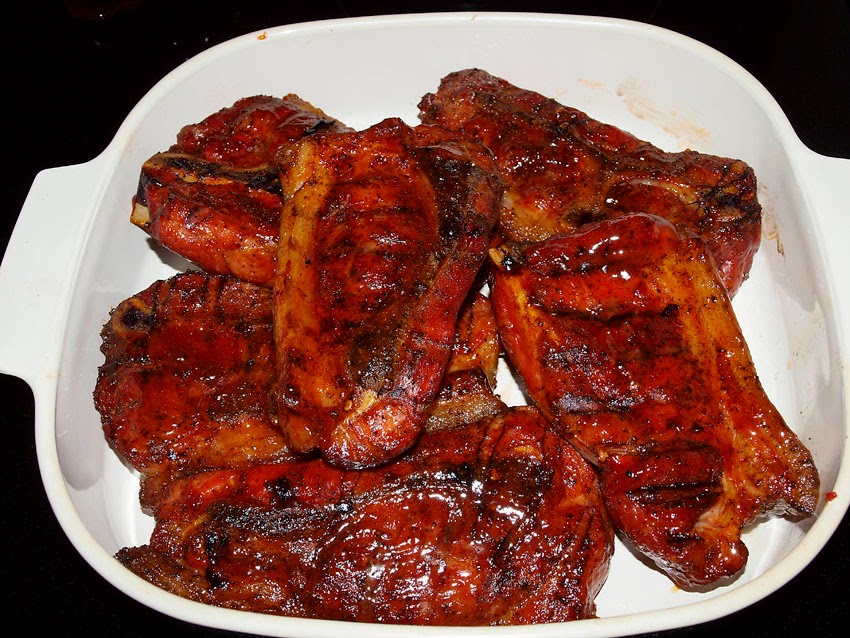 A layer of sliced onions, beer and 3 ribs 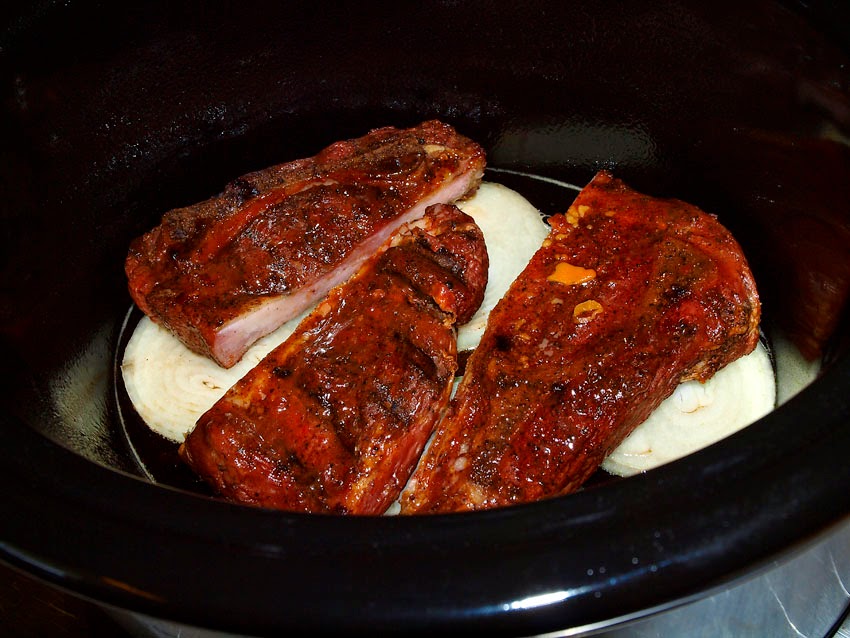 All 6 in and sauced 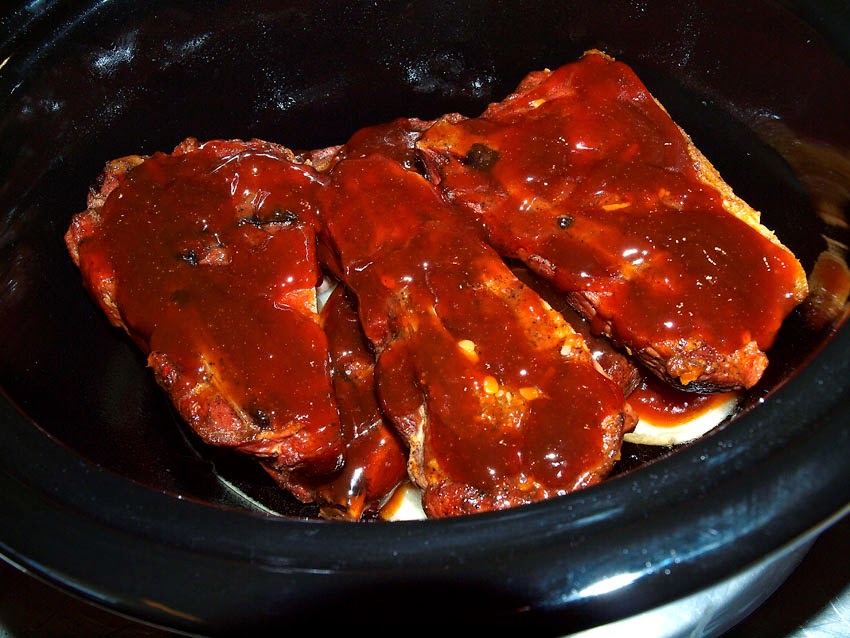 Potatoes ready for the oven 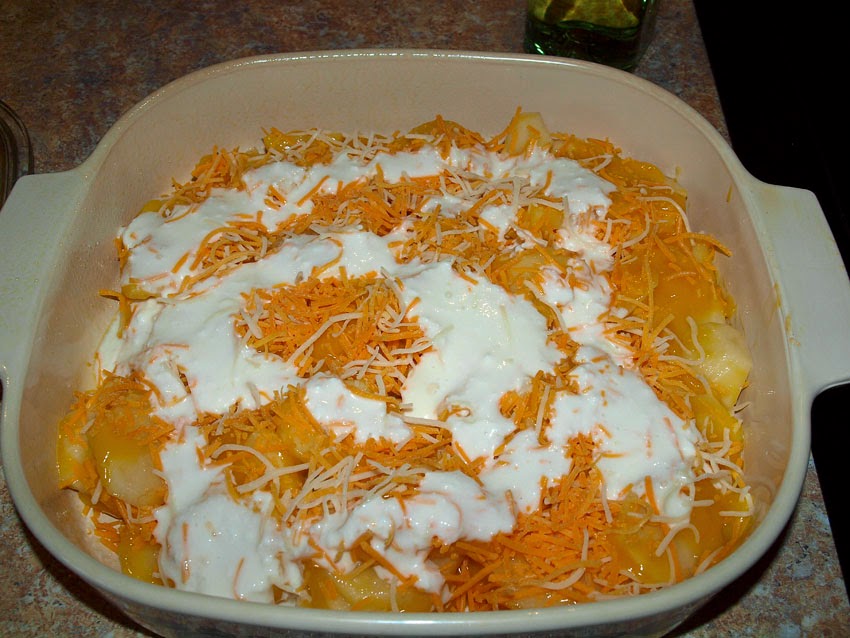 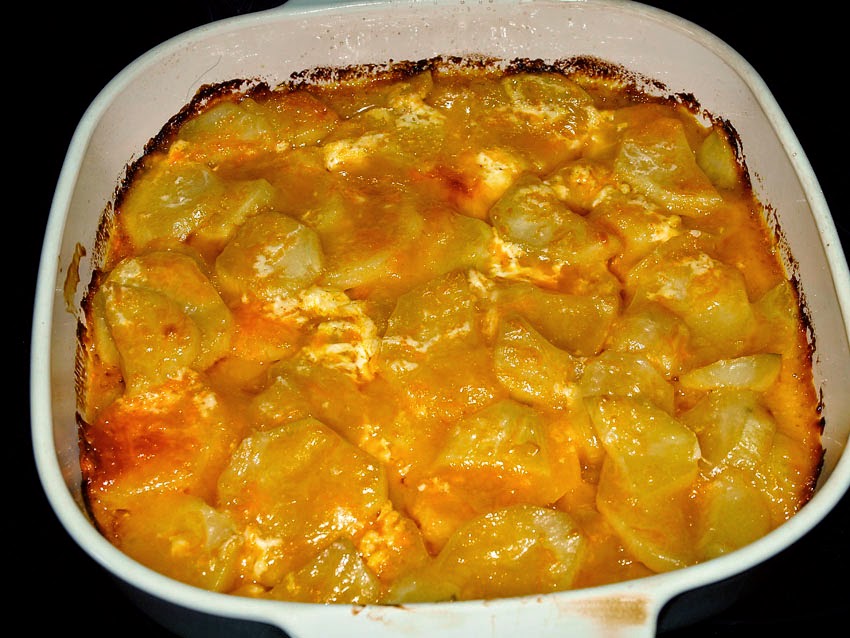 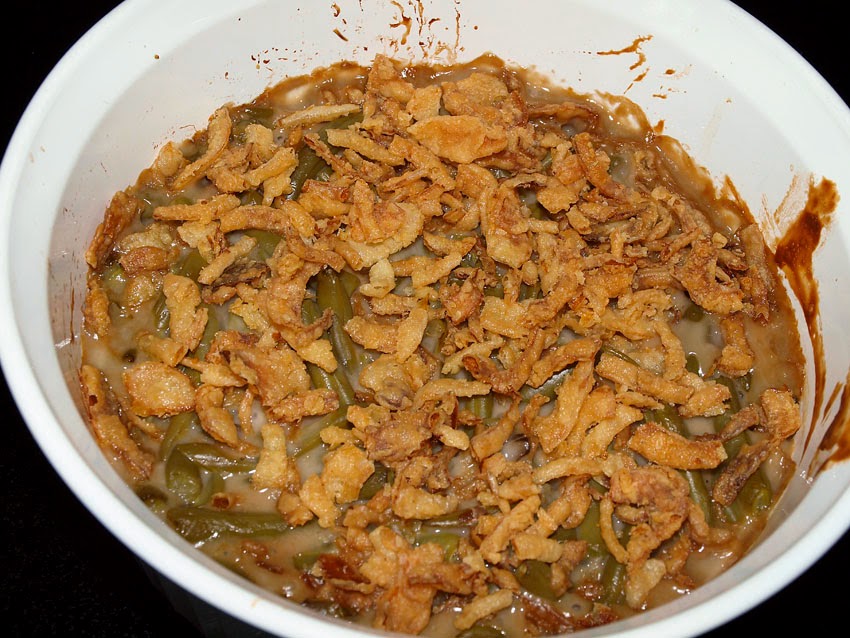 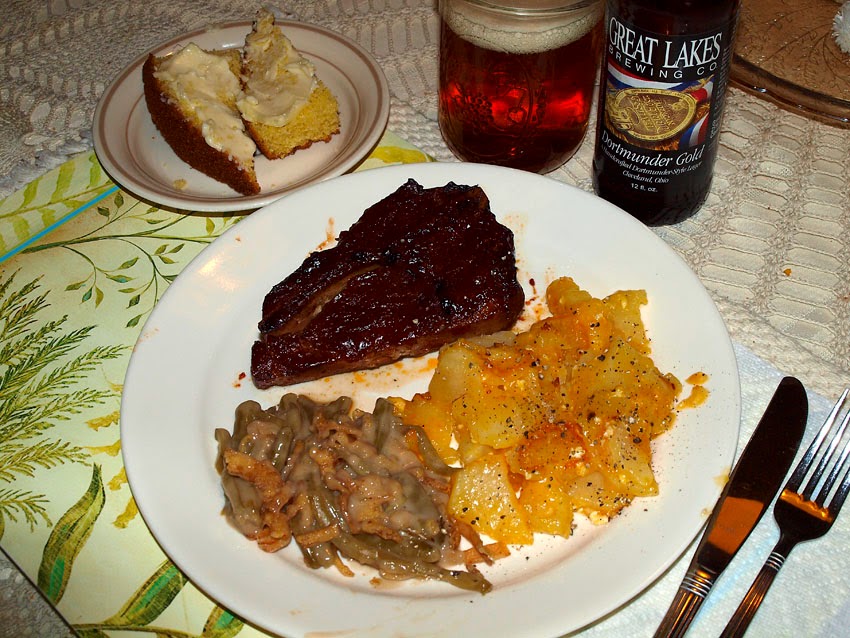 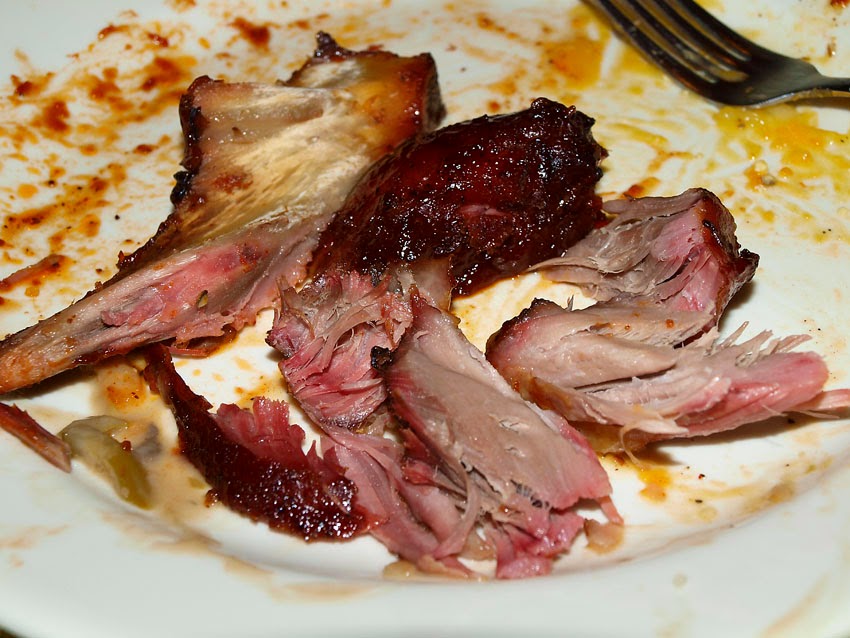