I made some BBQ sauce from a recipe that Sandman had given me and a sample that tasted great. It was by Dr. Chris Gafford called The Doctors Medicine and Sandman got it from his BBQ Bible cook book. He said he tried it on pulled pork but thought it would be great on chicken and I agreed.

My usual method lately for chicken was to brine a spatchcocked bird overnight and let air dry several hours in the fridge before smoking.  I would then season and smoke it for ½ hour at 200 deg. and then go to 325 to 350 deg. until a breast temp of 180 to 185 deg.  which was done in about another hour? I liked the 180 deg. breast temp since my chicken was always done throughout.

I ended up using this method in quest of crispy skin which you don’t get at low and slow on a smoker. Using my Traeger pellet smoker I was not getting much smoke flavor at the higher temps.  I searched the net for low and slow BBQ chicken and liked one that did it for 6 hours at 250 deg. He brined the spatchcocked chicken for 8 hours then did it 3 hours skin side down then turned and basted it with BBQ sauce several times the last 3 hours. He was looking for a breast temp of 185 deg. I think he had a 5 to 6 lb. chicken.

I had a 4 lb. bird to use, spatchcocked and brined about 10 hours then rinsed and dried and air dried in the fridge for 4 hours.  I thought 6 hours was too much so I decided to do mine for 4 hours. I seasoned it with Panzey's Balena St. rub. I got it on at 2:00 skin side down and averaged about 235 deg. grill level. After 1 ½ hours I brushed some of the sauce on the bottom side and at 2 hours I turned the bird skin side up. I then upped the temp and basted it every half hour with more sauce. I had to go to 300deg. the last 20 minutes to get my desired breast temp.  The next time I will do at 250 deg. grill level for the whole cook. My Savannah Stoker V3 controller did a great job holding temps and my grill level temps were 6 to 10 deg. higher than the RTD temps.

I had some potato salad made ahead and steamed some corn on the cob for my sides. The potato salad I adapted from a recipe by Ina Garten and is pretty good. The wife and I both loved the chicken, moist and fall apart tender with a little more smoke flavor than I usually get. My wife had a breast half and I had the leg thigh quarter. I did eat some of the skin and the meat was some of the best chicken I have done in a while with a little BBQ taste.

I pulled and shredded the half that was left and added some of the BBQ sauce. I just tasted some of it today and was super. The sauce really goes well with the chicken and will make great sandwiches. I think by adding some horseradish and hot sauce it will be good as a shrimp dip too. 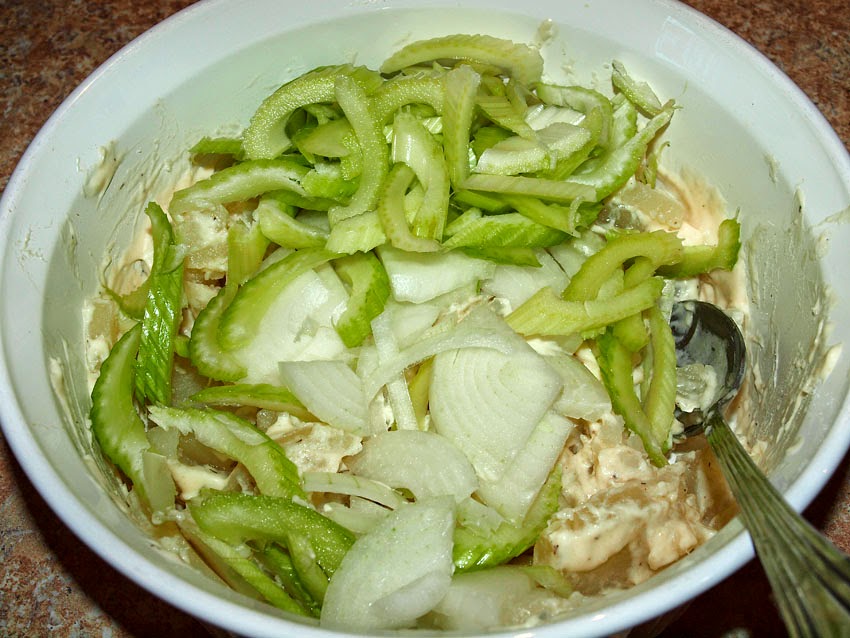 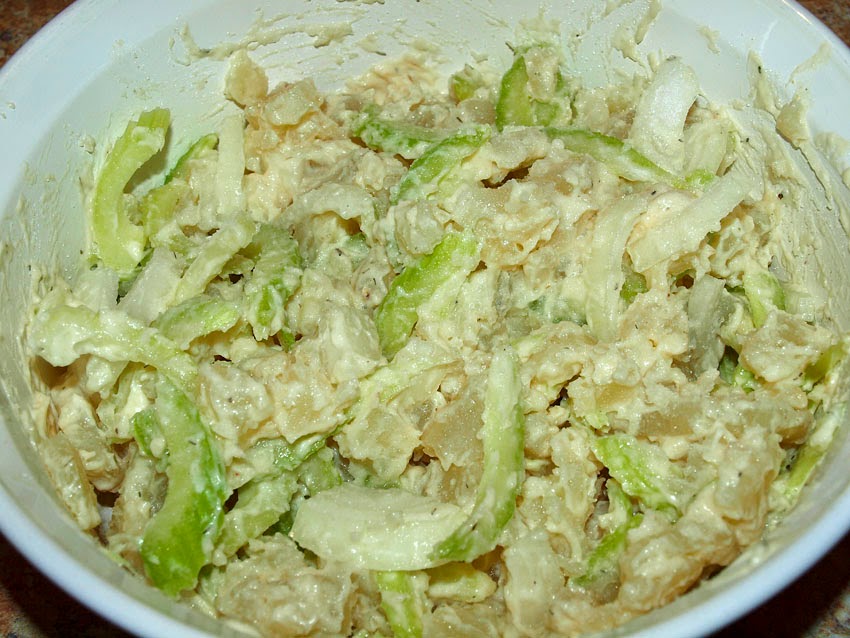 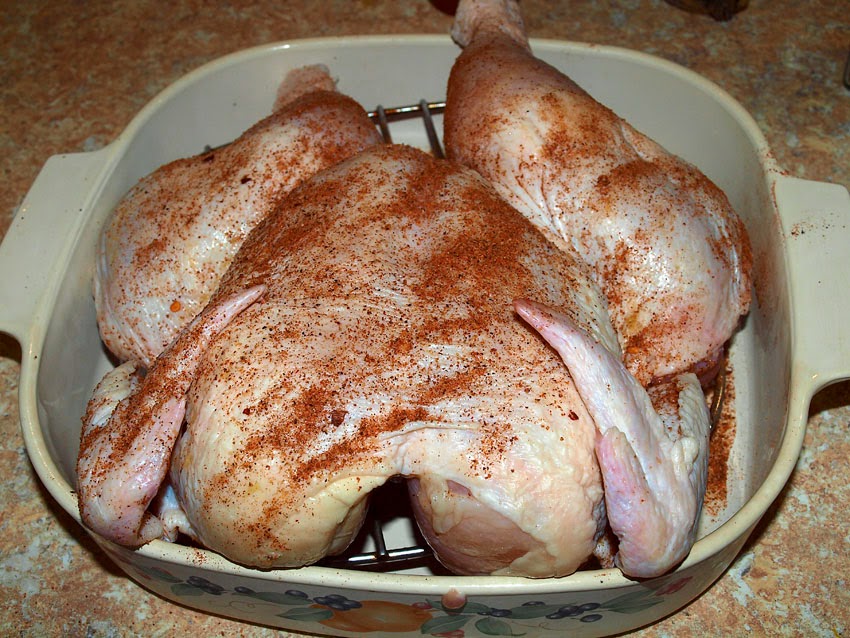 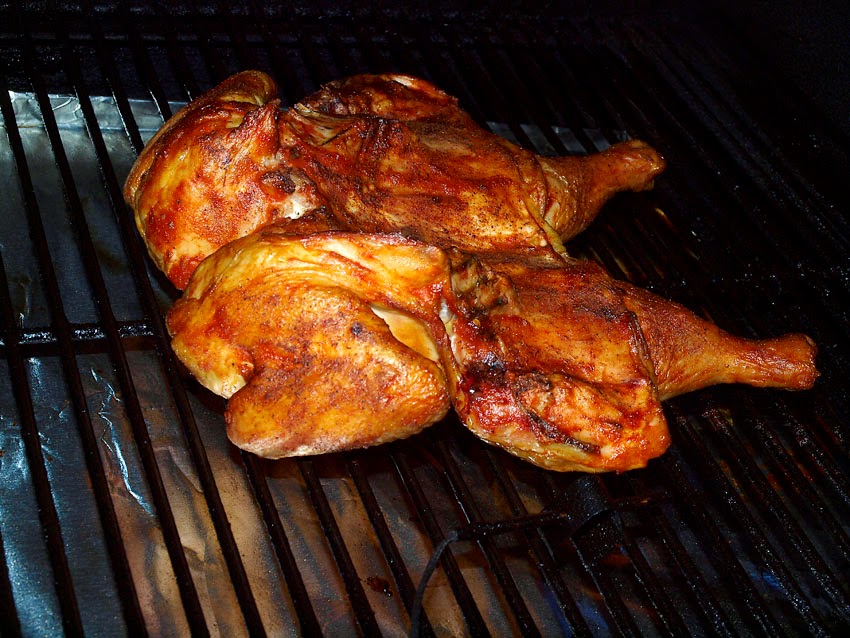 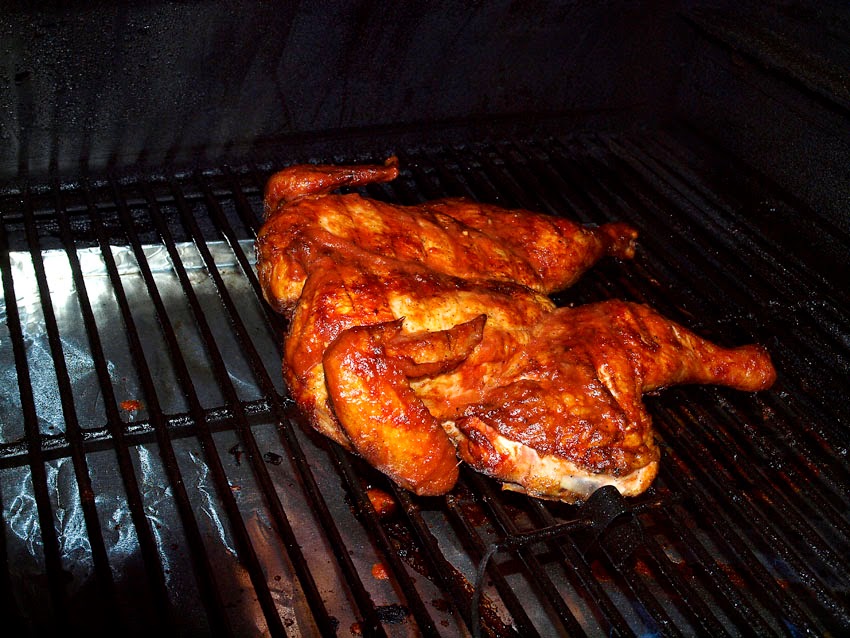 Resting after 4 hours on the smoker 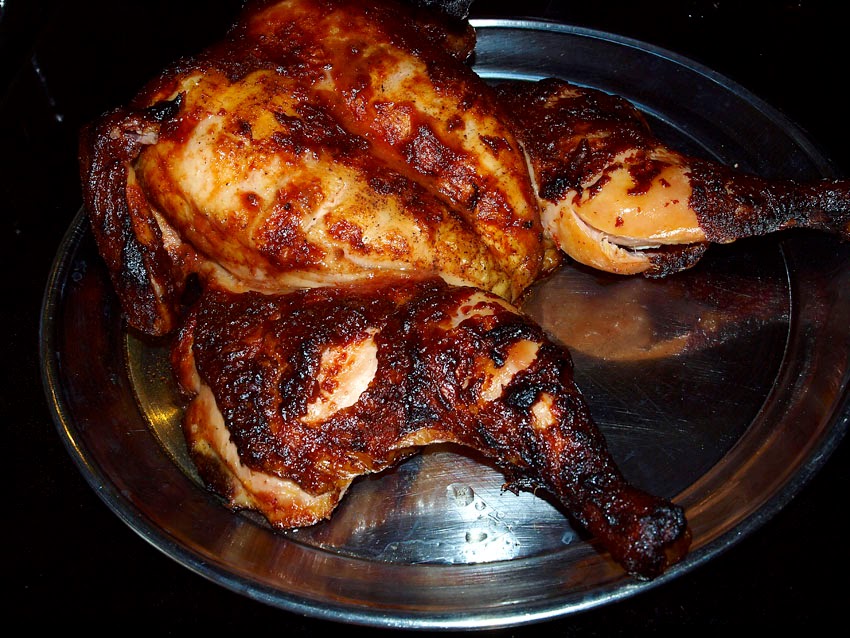 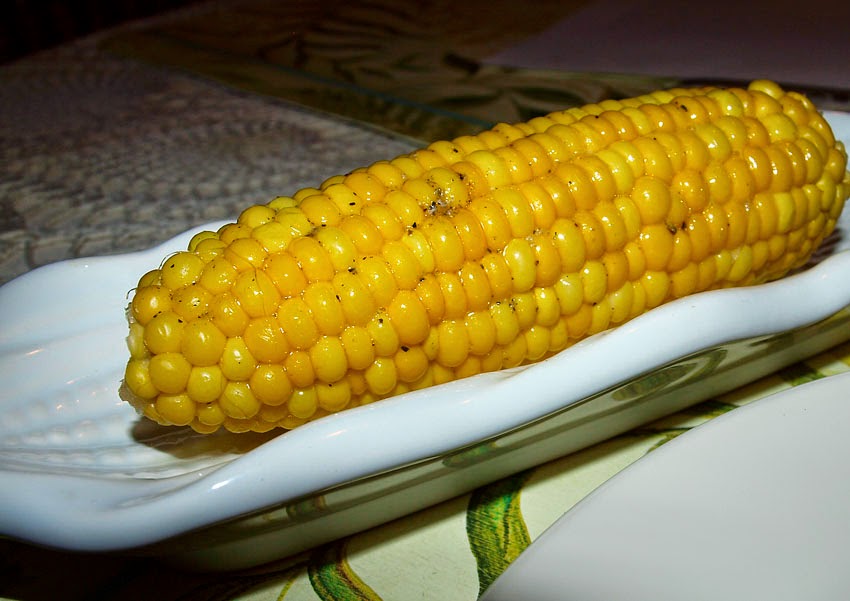 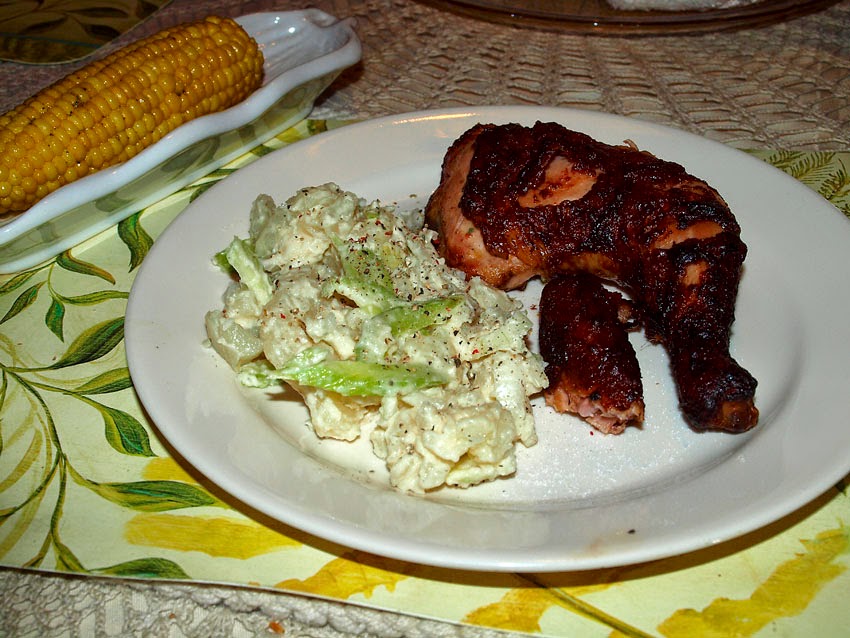 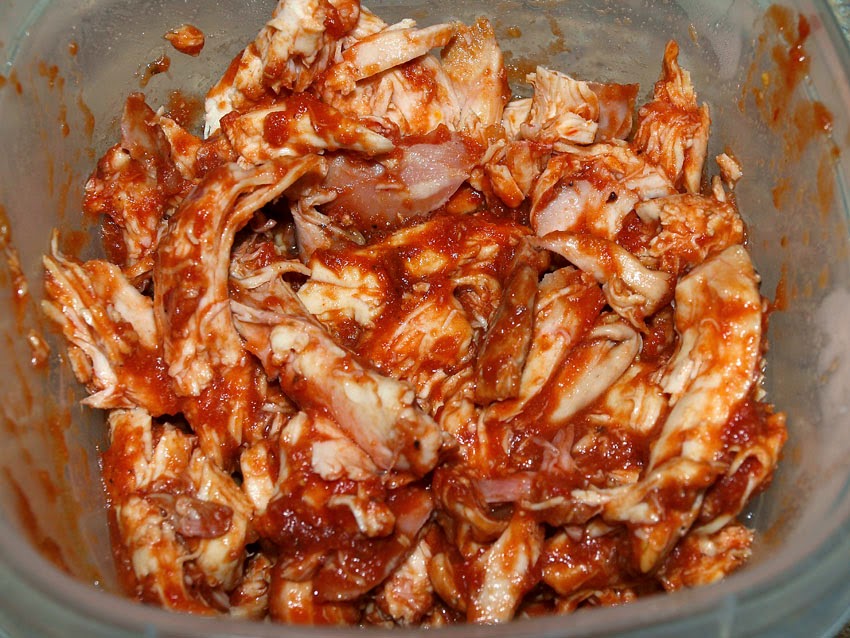