It was a cool windy day; winds 20 to 40 mph all afternoon so it was an inside cook for our supper.

A lot of the food blogs and sites have been posting a lot of ramen noodle bowl recipes.  It was making me hungry for some. I could not find true Japanese ramen noodles here so I ordered some from the internet. The LTBBQ member Willy posted his version of a beef noodle bowl. Looked delicious but was more trouble than I wanted so I found a faster easier way to make some chicken ramen. I wanted to use chicken since I knew our veggie daughter in law would eat some.

I was sure I could get a good broth using store bought broth an adding seasoning. I used half chicken stock and half vegetable broth. It took just 4 hours from start to finish preparing and turned out pretty darned good.

I made a couple of parmesan wafers to go along with the soup. A shredded cheese in fine threads works the best. Use a couple Tbs. for each one, sprinkle in a little flour. Heat a skillet on medium high with a little cooking spray add the cheese and spread out thin. When the edges start to brown flip over and do the other side. It only takes about 1 to 2 minutes per side. 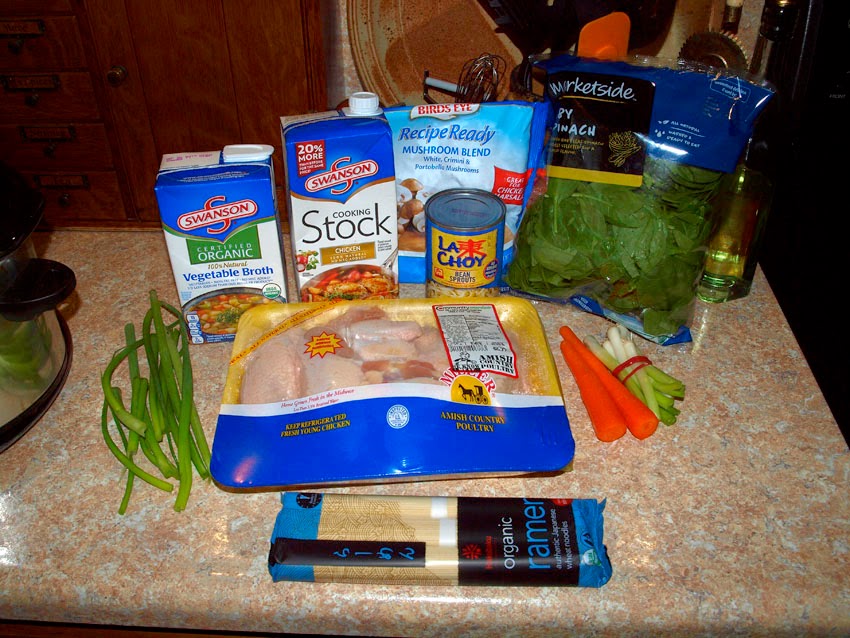 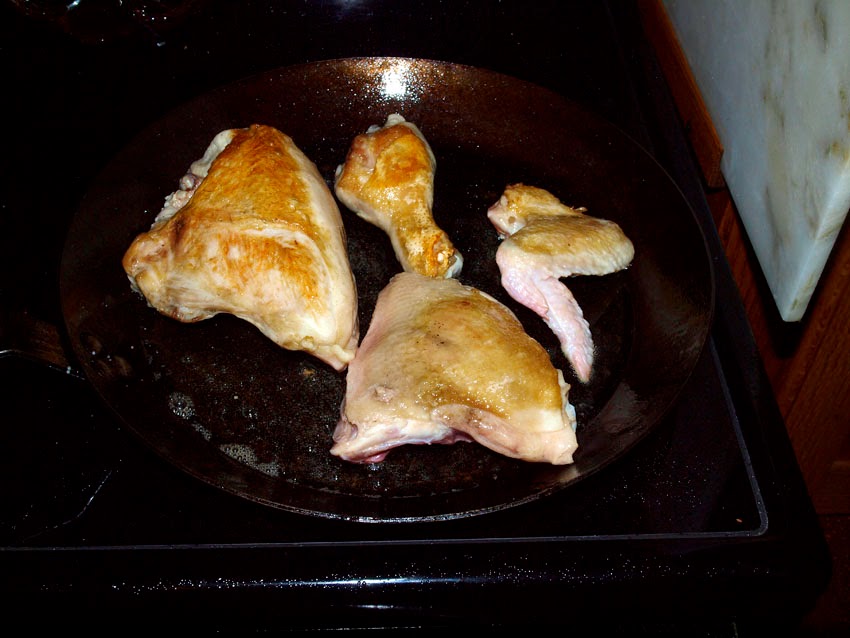 Chicken and veggies, seasoning added to the broth 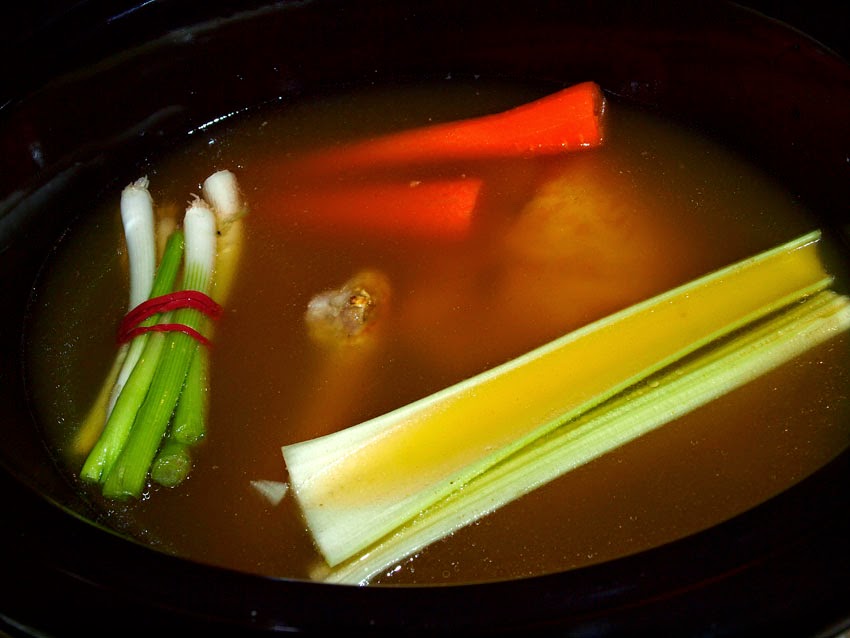 Meat removed from the bones 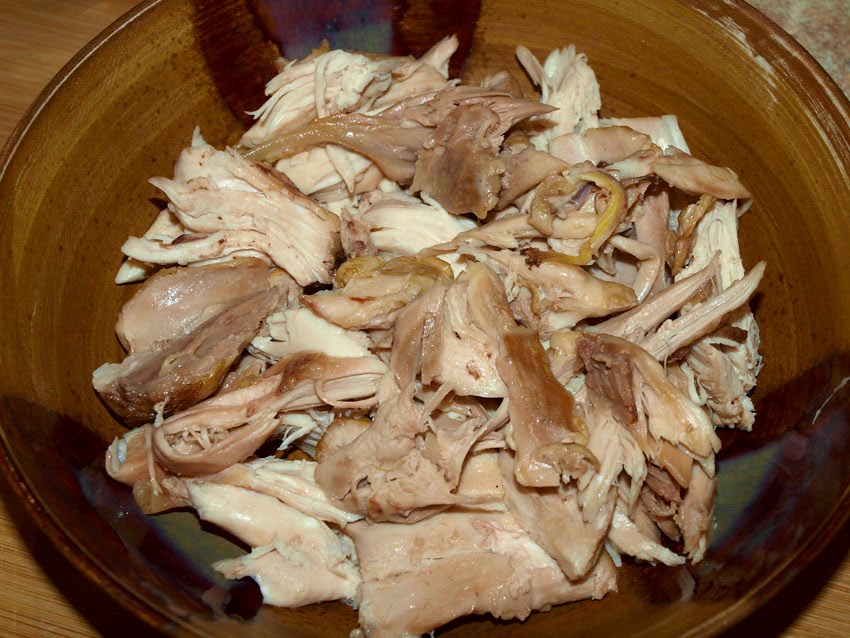 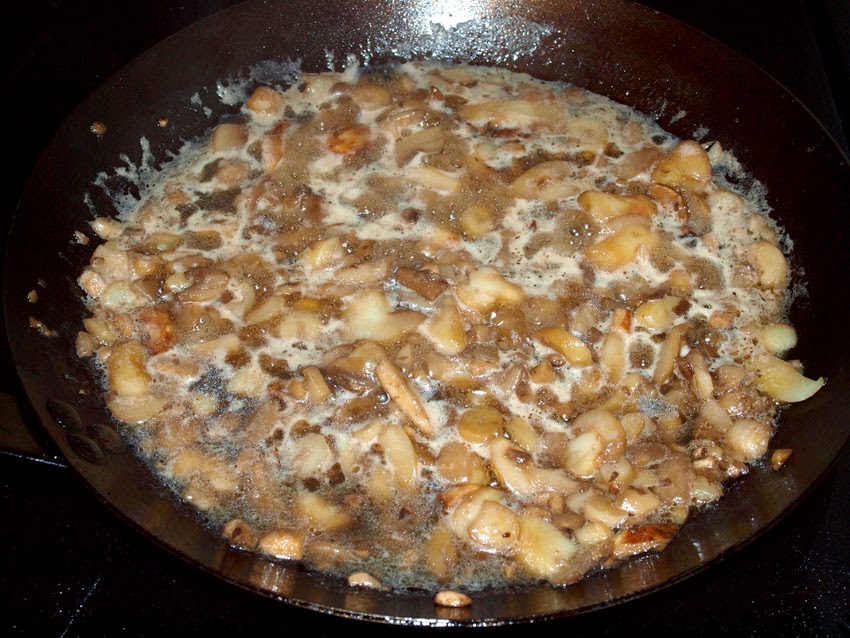 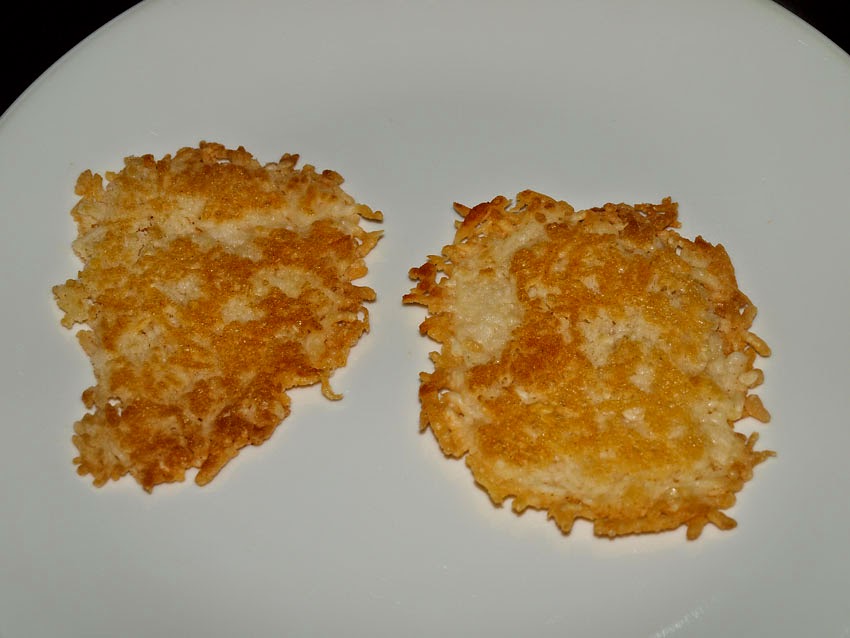 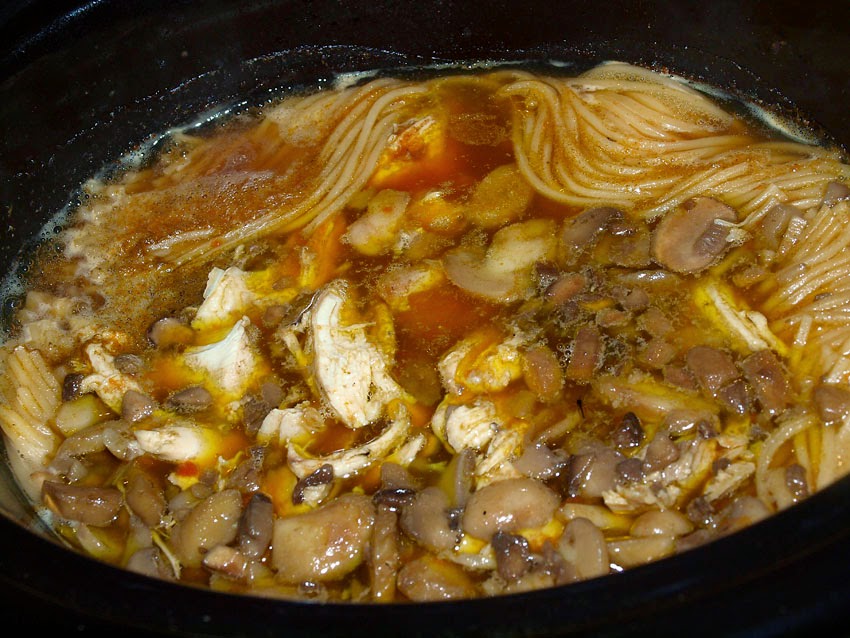 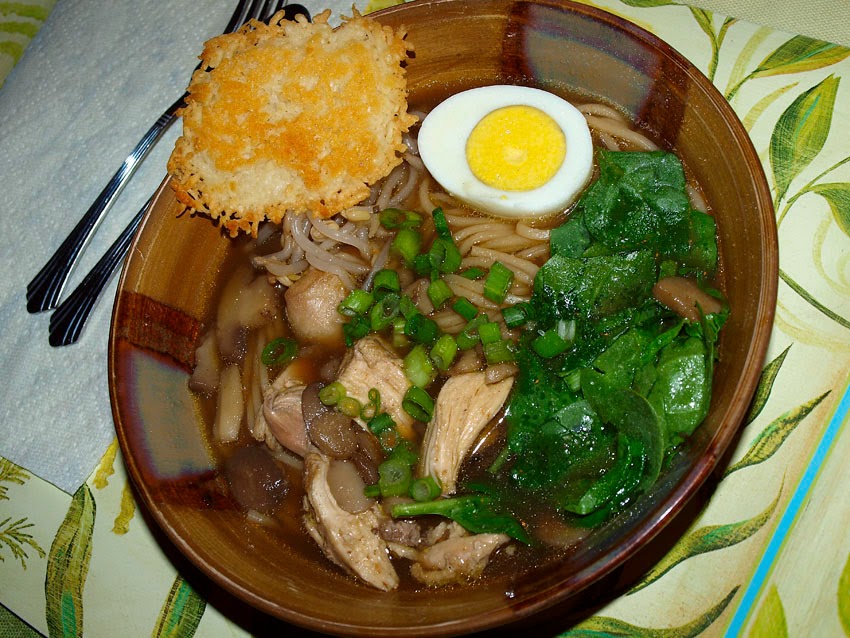