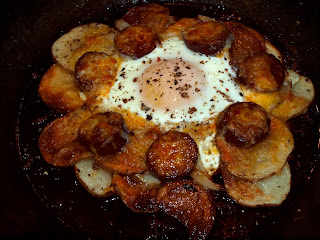 I had some smoked chorizo left from yesterday’s cook. What could be better for brunch than some crispy fried potatoes, onions topped with the chorizo, some 4 blend Mexican cheese and an egg?

I browned the potatoes in some olive oil; added some sliced onion when they were getting crisp and flipped over. I sliced and heated the chorizo in another skillet. When the potatoes were getting crisp on the second side I made a row around the outside with the chorizo; topped that with the cheese and cracked an egg in the center. When the egg started to set up I seasoned with some salt and cracked pepper then set the top under the broiler.

Now that was a tasty brunch! 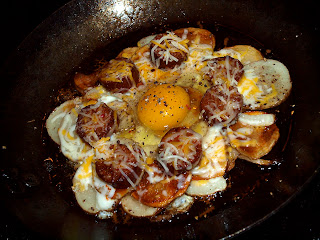 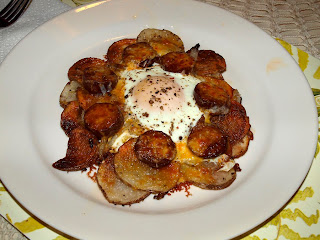