At 1:00 AM I put the ham bone in my Crock pot with a quart of chicken broth, about a quart of water, two celery stalks, a carrot and some salt and pepper. I set it on low. At 11:00 I took the ham bone out and let cool. When it cooled I shredded the meat and added it to the pot along with the pieces of ham. I added the potatoes, green beans and a Vidalia onion I sliced and quartered. I set the Crock pot on high for about an hour then back to low until supper time.

This made a great meal and wished I could have it more often. I served it with some cheese rolls I toasted under the broiler with some gorgonzola chive garlic butter. 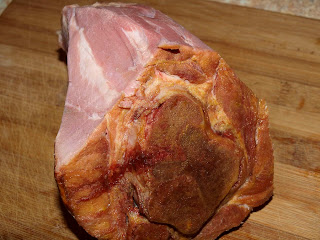 In the Crock pot with broth, celery and carrot 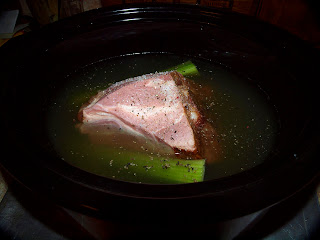 After 10 hours on low 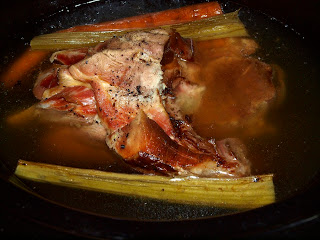 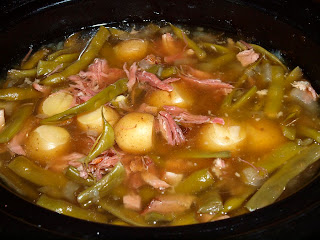 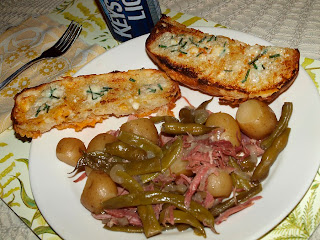