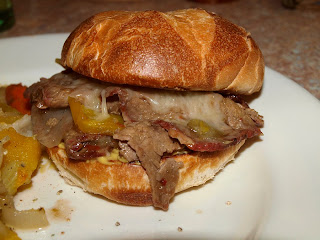 It’s too busy a week-end for me! Our son had an annual golf outing in Bowling Green. The grandson was having his first soccer game of the season in Dayton, OH. His Mom and grandma would take him to his game. Ole grampa would stay here with the dogs, just me and the dogs! The grandson will have some home games so I will get to see him play.

Our daughter in law has been overloading me with veggies from her weekly basket she gets. Can’t waste those; she gave me a head of cabbage, an acorn and a yellow squash. I found a recipe that used both cabbage and squash that looked good. I fixed that for my wife and her for their lunch today about 1:30 before they took off for the game. The grandson ate summer sausage.

I had 4 nice chicken breasts, bone in, to cook. They air dried in the fridge for a couple of hours. I got them on the Traeger at 11:00, on my grill grates and seasoned with Lawry’s seasoning. I did them at 275 deg. While they were cooking I cut up the veggies and got them in the oven. The chicken breasts were done earlier than I thought, just over an hour. The grill grates do seem to get hotter than my stock grate.

Whew! Just me and the dogs now; kind of nice to slow down a little! I got the other 3 chicken breasts from the fridge and sliced it all up. I vacuum sealed and froze individual servings for the grandson’s school lunches. He likes to take his lunch instead of eating in the cafeteria. I got 10 packages.

I had a little time to relax before fixing my supper. I had some leftover Italian beef thawed out and a pretzel bun for a sandwich. I heated the beef and melted some Swiss cheese over it and on the toasted bun with some mustard. I heated up some of the roasted veggies too. It all tasted great, a lot of goodness going on in the veggies; cabbage, acorn and yellow squash, carrots, celery, onions and veggie broth.

After supper I watched a little TV, the food channel! Then me and the dogs went to bed! The daughter in law dropped my wife off after the game and then they headed up to Toledo to meet our son and spend some time with her parents.  They will be back sometime tomorrow. I plan on a lazy afternoon tomorrow fixing some tapas style food.

Chicken ready for the smoker 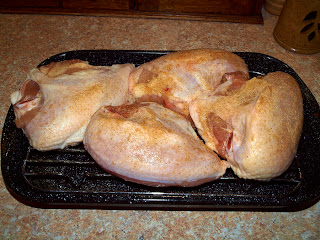 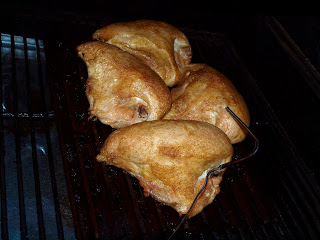 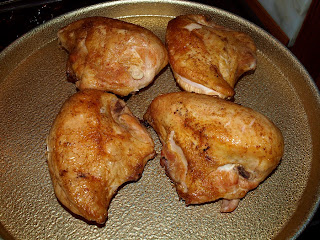 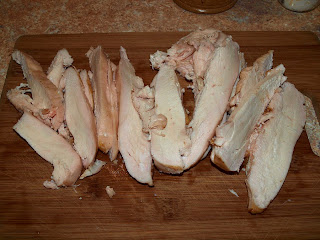 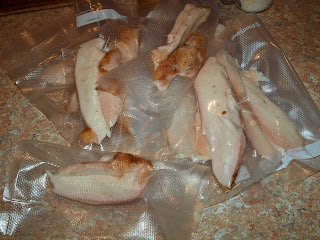 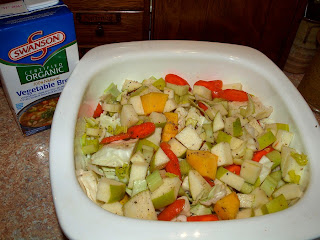 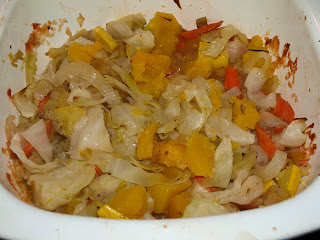 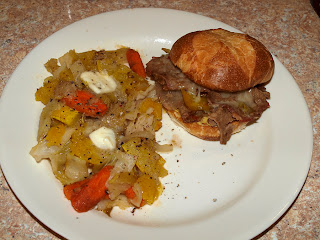