In 1958 I was 16 and lucky enough to be able to buy my first car, a 1947 Ford Coup. A favorite Friday and Saturday night was to cruise in & out of the B&K Root Beer drive inn, in Van Wert, Ohio. I had to have a couple of chili dogs with onions, French fries and a mug of root beer and flirt with the car hops. That drive inn still opens every summer.

My oldest daughter had given me a can of Rudy’s chili dog sauce; she said it was their favorite. I looked them up and it’s a local place in Toledo, Ohio at two locations. I was getting hungry for some chili dogs!

My wife and grandson were going to meet his Mom after her work and go out to eat; a good time for me to have my hotdogs. After lunch I made a batch of Justin Wilson’s picnic potato salad to have with my dogs. Justin Wilson was a Cajun story teller and cook. He had one of the earlier cook shows on TV that I enjoyed watching. I loved his Cajun accent and his recipes; the potato Salad is my favorite.

I opened the Rudy’s sauce to heat up, and added about a cup of some cooked ground beef I had. I did
the dogs on my Traeger on Grill Grates. I like them charred and cooked until they burst and no matter what else goes on I have to have a little mustard. I thought I had shredded cheddar but only had some Swiss and 4 blend Mexican so I had one of each.

The hotdogs tasted great and satisfied my hunger for some chili dogs. Rudy’s sauce was good; not the best I have had but had some nice heat to it.

Potato salad ingredients except the celery 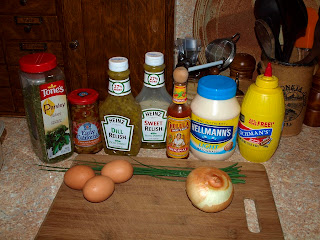 All in but the eggs 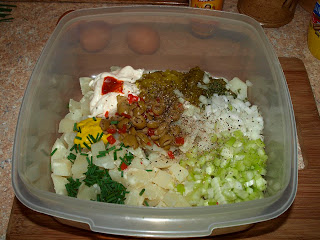 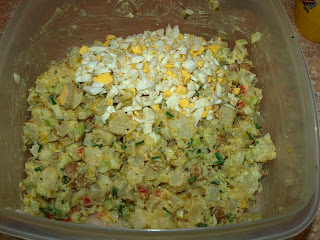 Ready to chill and get Happy 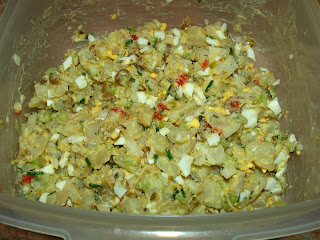 For the hot dogs 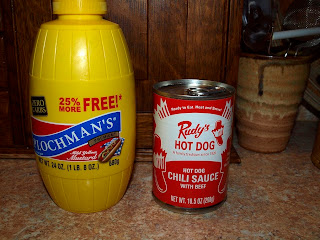 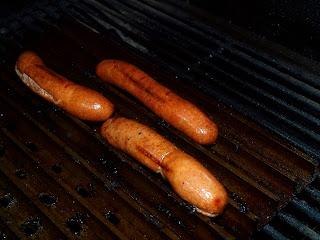 A little mustard and chili sauce 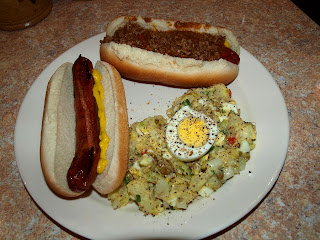 Some onion and shredded cheese 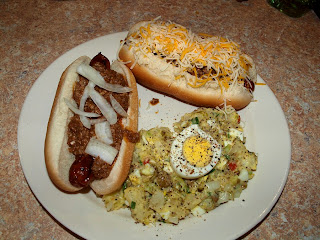 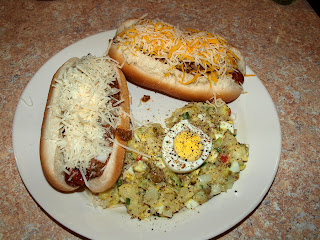