Here is the potato salad cook I did to go along with my Smok’n Spice chicken. I did red potatoes instead of the gold the recipe calls for. They are both a waxy potato. I liked the use of smoked paprika; I use it a lot in my recipes for smoking, stews and chili. After seasoning them & adding the olive oil I did them on my Weber Q100. I did them for 5 min. on med turned 90 deg. for another 5 min. then repeated on the other side for a total of just over 20 minutes.

I also decided to grill the red onions; this would tame down the raw onion taste some. I coated them with olive oil & some of Penzey’s galangal, it is close relative of ginger, has a flavor that is similar to ginger, but more flowery and intense. I did them about 3 min. on each side.

I placed the potatoes & onions in a bowl & in the fridge to cool. After they had cooled I diced up the potatoes, onions, celery, & cilantro. I made up the dressing and mixed all together then back in the fridge until supper.

I thought I had gotten the potatoes a little beyond the brown stage! My grandson said they tasted burnt! My daughter-in-law & I liked them. I will use the recipe again but will do the potatoes on my Traeger. I won’t get the grill marks but I know I can get a nice brown on them without burning. 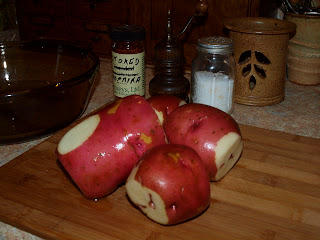 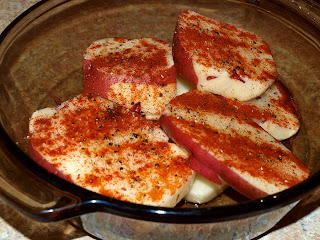 Potatoes done on one side, well maybe a little over done! 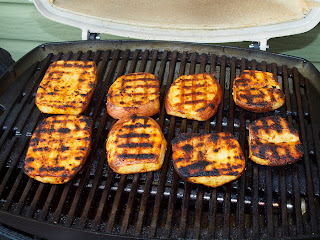 Onions ready for the grill 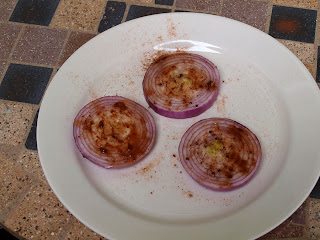 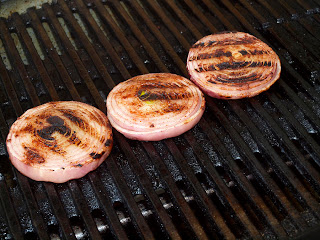 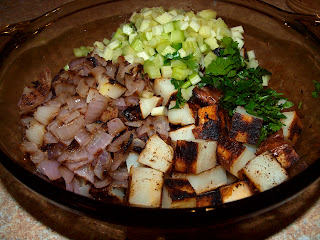 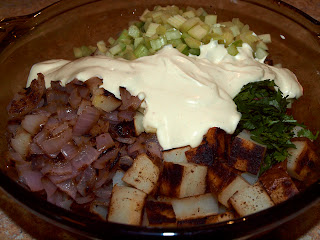 All mixed & ready to chill 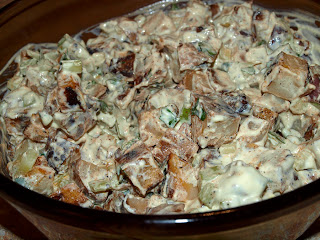 Smokin Don
Posted by Smokin Don at 2:14 AM