I was glad the day turned out pretty nice for doing the meatballs out in the smoker. I made up the meatballs early using the gift of Turkish spices, Kofte Bahari (mixed spices), Pul Biber (red pepper) and Kisnis (Coriander). I set the bowl in the fridge for a little over an hour to let all the flavors meld.

Turkish meatballs I think are typically made with ground lamb but the recipe I adapted had substituted ground beef. I wanted to mix in some ground lamb but could not find any so I used some ground pork sausage. After the meat mix had set I made up the meat balls and covered with plastic wrap and they set in the fridge about 3 hours before smoking. I got 13 meatballs from the pound of meat.

The meatballs are usually served with flat bread or pita bread. I found some mini Indian naan bread that looked perfect to use. Red cabbage is a good side, either as a slaw or cooked. I used a recipe by Bobby Flay from food network that looked good, it had orange and lime juice, olive oil, garlic and onion pureed for a dressing.  I made up the slaw a couple hours before cooking. For another side I nuked some cauliflower and then browned it in a skillet with butter.

I had my Traeger heated to 200 deg. about 215 deg. grill level when I put the meatballs on. After 35 minutes I eased the temp up to 315 deg. grill level. They cooked a total of an hour 15 minutes and were done at 6:00 PM. I checked about 10 minutes before and they were at 156 deg. IT so went inside and nuked the cauliflower for 2 minutes then in a skillet with some butter to brown a little.

I had a little salt and fresh ground pepper over all of mine. The wife and I both thought it was pretty good! 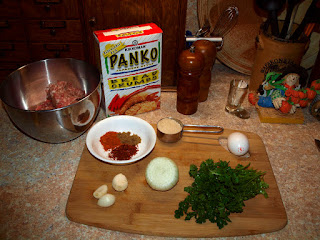 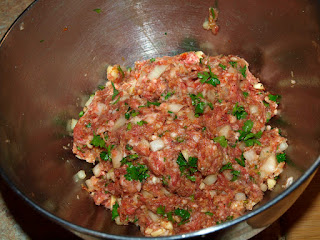 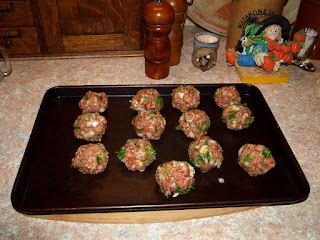 For the yogurt sauce 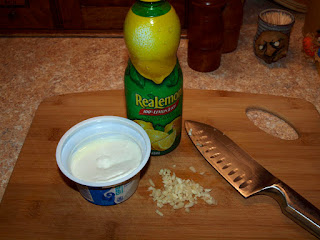 For the slaw dressing 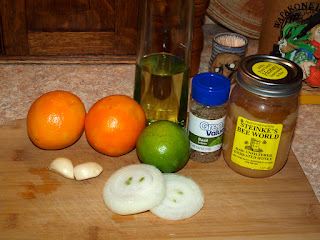 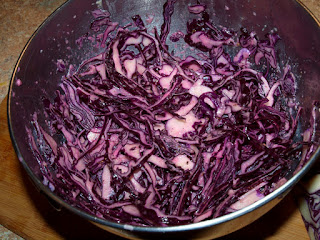 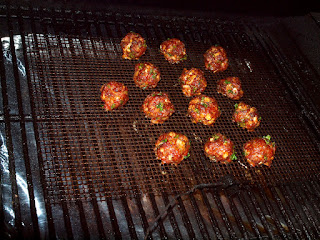 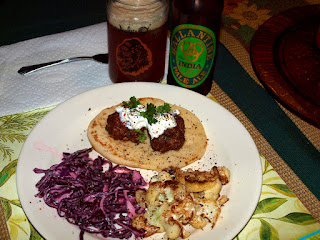