I had some chicken sausage made with Asiago cheese and spinach I get at Sam’s club. I would rather have some good fresh pork sausage or brats from my butcher but the wife likes these so I fix her some at times. I had some mini naan bread that would be perfect buns to use.

My onion soup is just simple caramelized onions, some good beef stock, bread and cheese to melt on top. I have tried different recipes, some with sherry or wine but we just like it simple.

I got the sausages on my Traeger at 200 deg. to smoke for an hour. Then I cut up 5 med. sweet onions and got them on to caramelize in some butter, I add a pinch of salt and sugar to them. It took about 20 minutes to get them where I wanted. I melted 3 Tbs. of butter in a sauce pan and then 3 Tbs. of flour, stirred to make a blond roux and added in a quart of beef stock. When it started to boil I added in the onions and about 1/2 teaspoon thyme and two pours of Worcestershire sauce.

I let the onion soup simmer and brought in the sausage to brown up in the same skillet I did the onions in. For the bread I like to use a half English muffin toasted to float the cheese on. I added a good handful of 6 blend Italian cheese to each bowl and melted under the broiler. I didn't think I should call this French Onion Soup since I used Italian Cheese and English Muffins!

My wife and I both liked the soup and thought the naan bread was perfect for the sausage buns. 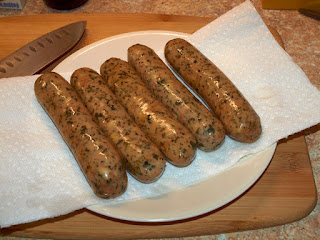 For the onion soup 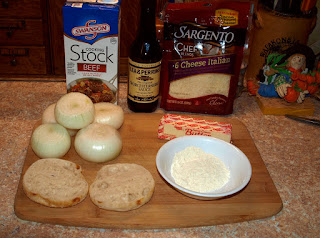 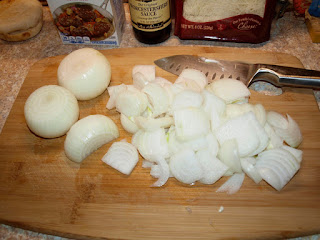 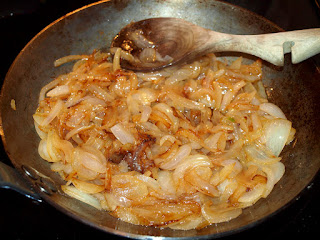 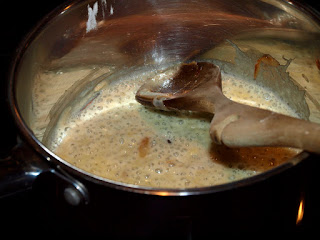 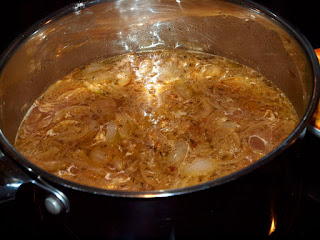 Sausages after 1 hour of smoke 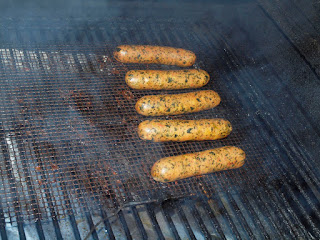 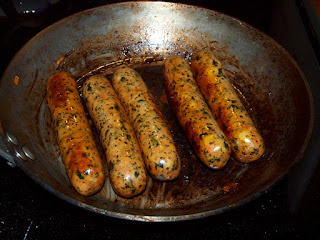 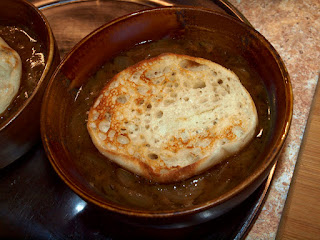 Topped with cheese and melted 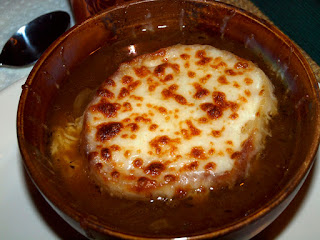 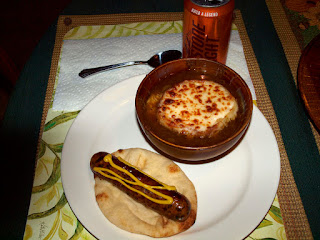