This recipe was a west N.C. style pulled pork with a ketchup and vinegar based sauce. Some recipes out there have more ketchup to vinegar ratio and some have more vinegar. I am not sure which is more authentic but I knew I would prefer the one with more ketchup. I found this recipe at saveur.com.

The pork butts I have done lately I used molasses for a glue and a good rub applied then smoked at about 265 deg. until it got to 160 deg. IT and then wrapped in foil to finish to an IT of about 200 deg. and  a probe slid in like butter. I decided to not wrap this one and baste with the sauce every hour per the recipe. I usually left the fat cap on too but decided to trim it off this time to get more bark.

Tuesday evening I trimmed the 10 pound pork butt, made the rub and the sauce. I stayed true to the recipe except for a teaspoon of crushed red pepper replaced the cayenne in the sauce. I cooked the sauce down for about 40 minutes. I left the water out, because I forgot it! I left it that way since I liked it; but I had to thin some down to use for basting.

I let it cool some then broke apart with forks until it was cool enough to pull with my hands. I think it was about the best tasting bark I ever had. The grandson was here waiting on his Mom and I don’t know how much he ate. I gave him a bowl to use and I think he came back twice for some more!

The pork was covered with plastic wrap and in the fridge. I am getting ready to vacuum seal some and in the freezer and leave some out for tonight’s sliders. 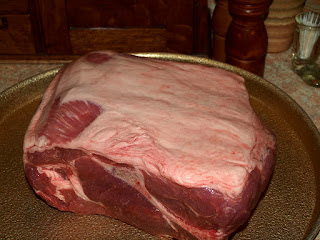 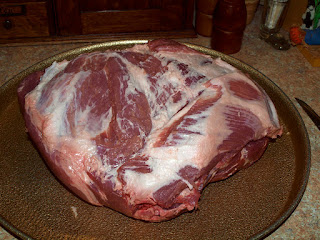 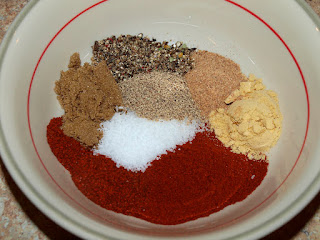 Seasoned and on the smoker 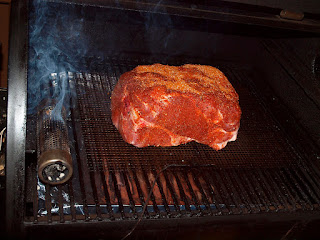 After 2.5 hours on smoke 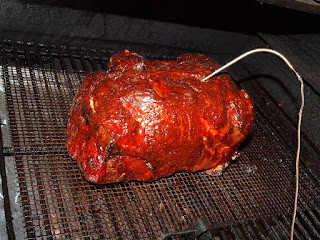 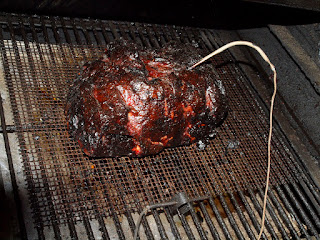 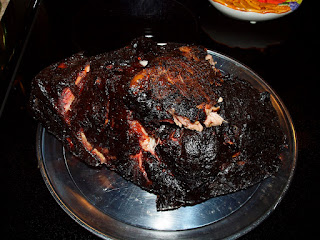 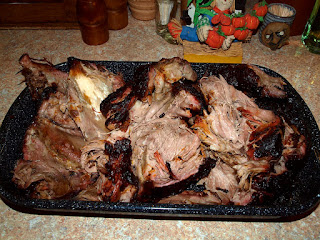 All pulled and some fat removed 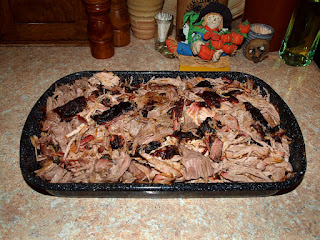