Today is my wife’s birthday; now she can’t brag about being younger than me, until February.  We had planned to go to a nice place for lunch today; but with the strong winds decided to eat in. We are having 30 mph winds with gusts to 42 mph.

I had already planned to do a beef roast in the Crockpot for our supper tonight. The wife loves French toast and I had some of my maple butter hard cider bread I wanted to try after Pam mentioned it would make good French toast. I also had some good jowl bacon to have.

I fried up the bacon and then made my wife’s toast, she didn’t want an egg. I had some maple syrup butter and Ohio maple syrup for the toast. I made mine with a fried egg for on top.

My wife said she would rather have the toast made with French bread but I liked it. I would say the texture was almost like pancakes. 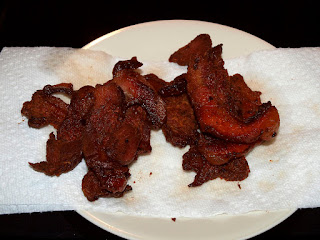 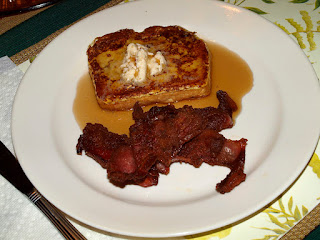 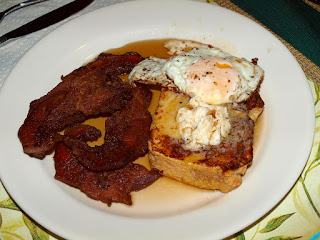