I was thinking about what to have for supper. It would be one of our favorites, pork chops, fried potatoes and applesauce. I like chops on my smoker but when I do fried potatoes I like doing them inside in my steel skillet then fry the potatoes in the pork chop grease for added flavor.

About an hour before cooking I seasoned the chops with a little Adolf’s tenderizer, Penzey’s 4S salt, and fresh ground pepper; covered and in the fridge. Adolf’s is a natural tenderizer made from ground papaya. The 4S salt is a mix of sea salt, smoked paprika, sugar, black pepper, turmeric, onion, garlic, celery, rosemary and thyme.

Before starting the chops I baked some take home and bake garlic knots. I fried the chops in my Lodge steel skillet with a tablespoon of bacon grease 4 minutes per side. They went in a covered casserole dish with just enough water to cover the bottom and in a 325 deg. oven. I then fried the golden yellow potatoes, with some sliced onion, about 10 minutes and then turned for another 10 minutes. The 20 minutes was time enough for the thin chops to get done in the oven.

Supper hit the spot, the chops were as tender and moist as they get. Now the potatoes were not crispy enough, they were done and well browned but not very crispy as we like. I should have let this meal go for my wife to do next week; she can do crispy fried potatoes a lot better than me! 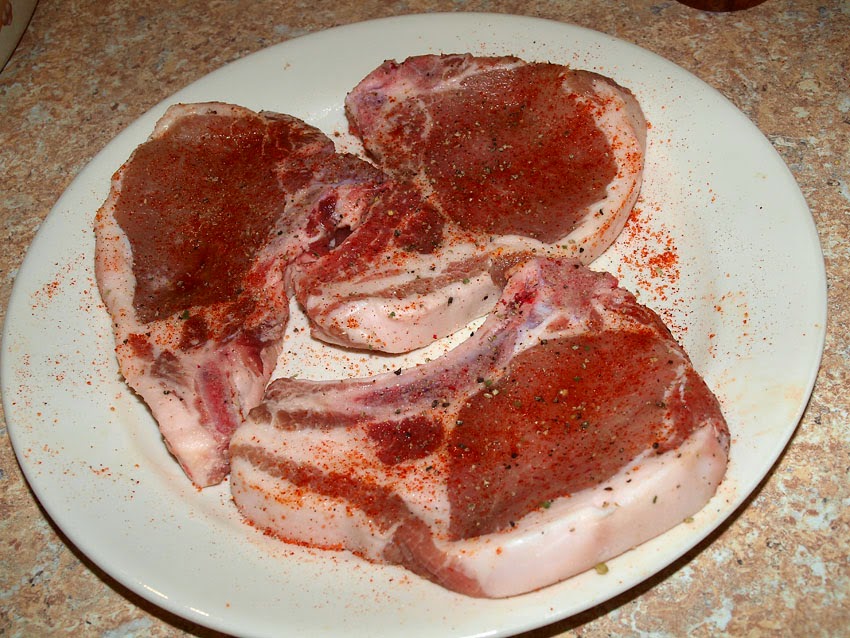 Potatoes and onions with a little olive oil 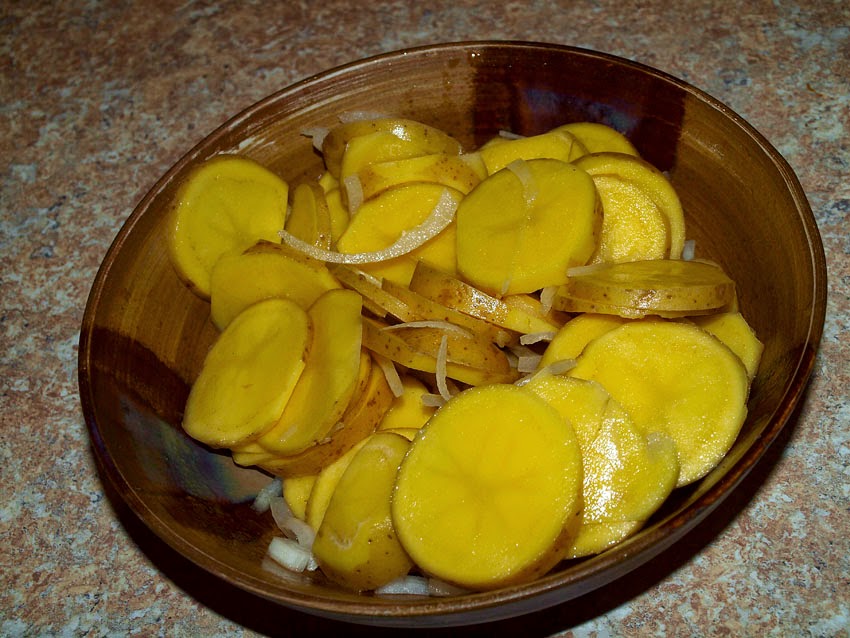 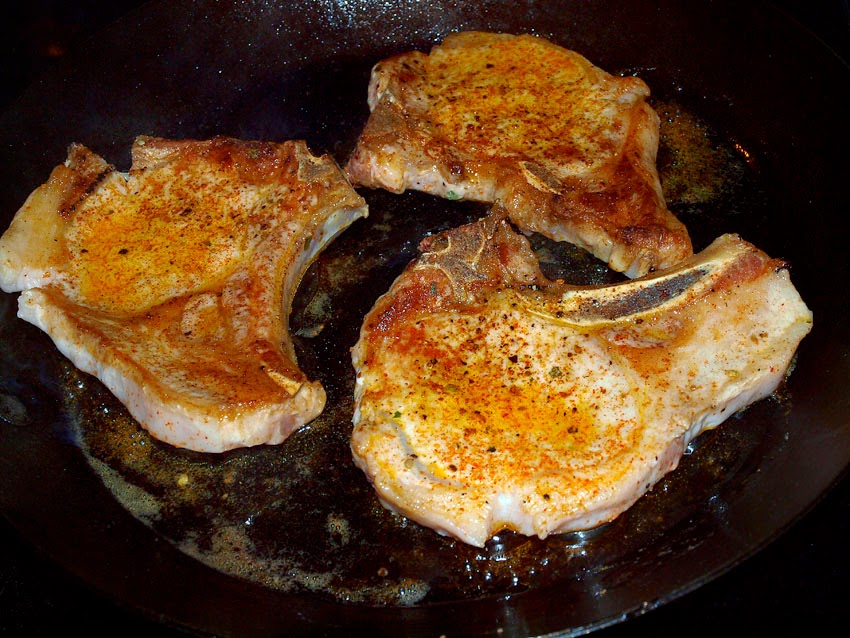 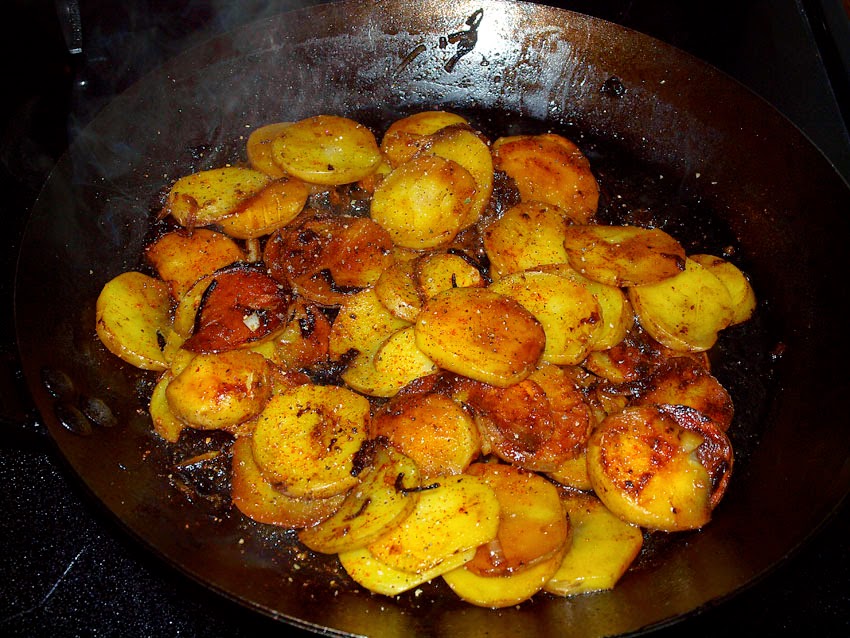 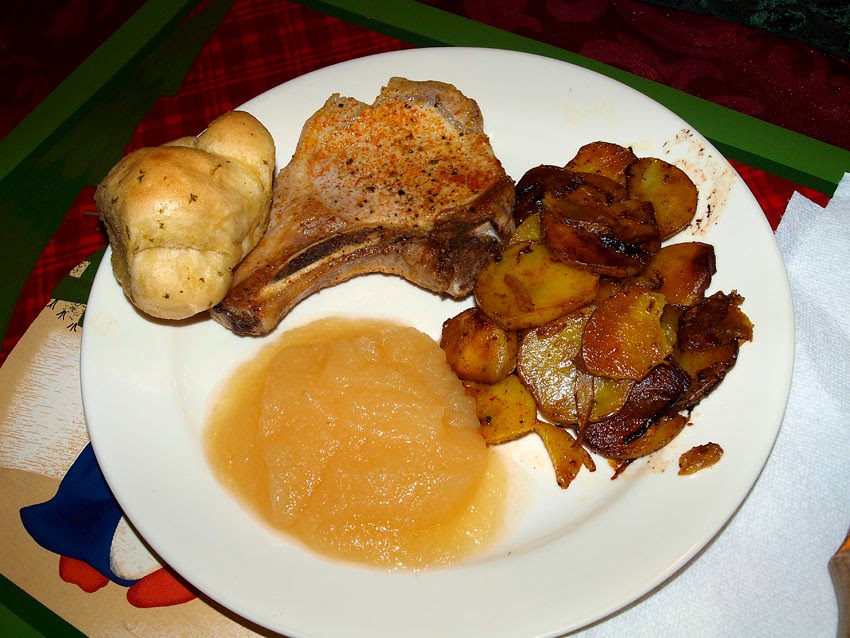