I made a mistake somewhere between reading the recipe and putting it together; you will have that when you are 72 years old!. I used coriander seeds instead of cardamom. I think it was a good mistake since the coriander seeds went well with the cinnamon and orange peel. To me the coriander seeds give it a slight lemon taste and I think the cardamom seeds would impart a more mint flavor.

I have been a little antsy not being able to cook the way I would like with my back problem. I haven’t been doing much on my pellet smoker due to my back and the weather.  I do OK if I don’t have to make many trips out to the smoker; I have a step down to go to the back porch and then a step up on my smoking deck.

I decided to do these brined pecans for something to do today. I never knew you could brine nuts. When I saw this recipe I had to try it. It is by Antonia James and she has two recipes on food52.com for the brined pecans.  The other one is for spice brined pecans.

Her recipe calls for you to bake them at 150 deg. F for 8 to 10 hours after brining. My oven only goes down to 170 deg. so I did mine for 7 hours. It also calls for 2 cinnamon sticks which I didn’t have. The sub for ground cinnamon is ½ teaspoon for a stick so I used a teaspoon.

While up my usual several hours in the middle of the night I made my brine and got the pecans on about 2:30 am.

I got them in the oven this am at 170 deg. I stirred them every hour and they were in about 7 hours. To me they are delicious; crispy and just a hint of the spices. The cardamom, cinnamon and orange go well together. She said they were made to enjoy one at a time; they are like Lay’s potato chips, you can’t just eat one.

The two cups are just right for one layer on a large baking sheet so they dry well. The next time I will make a double batch and use two baking sheets. The two cups won’t last long; I think I ate a half cup already. 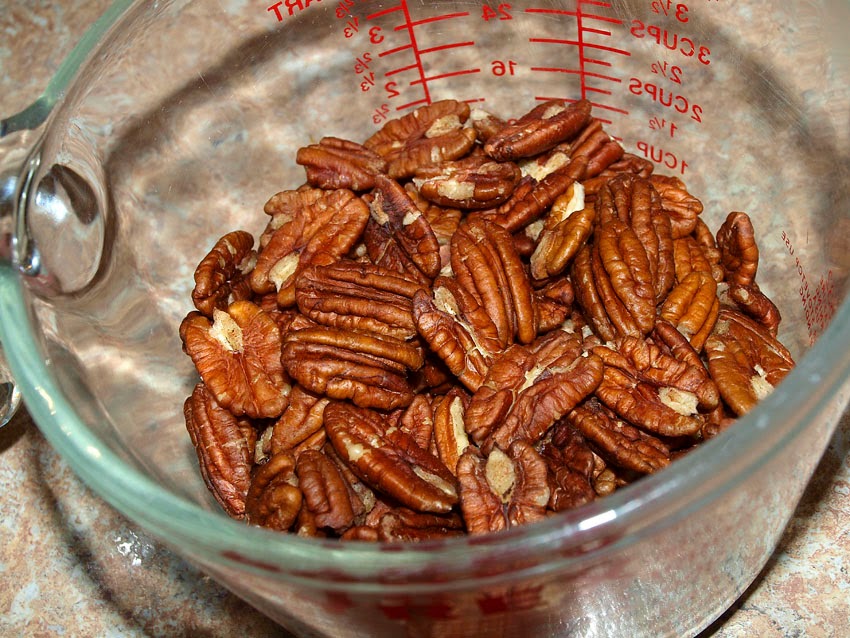 Spices and salt added to water 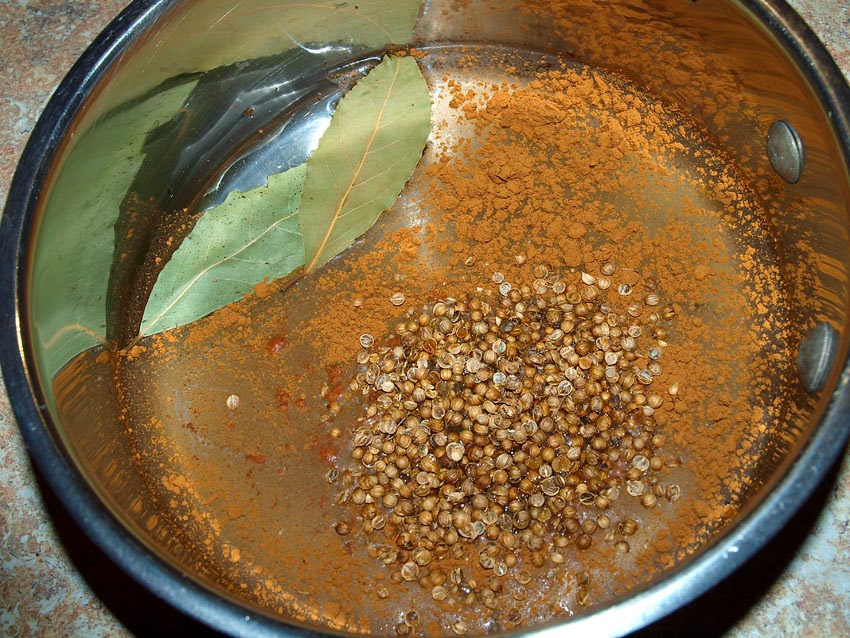 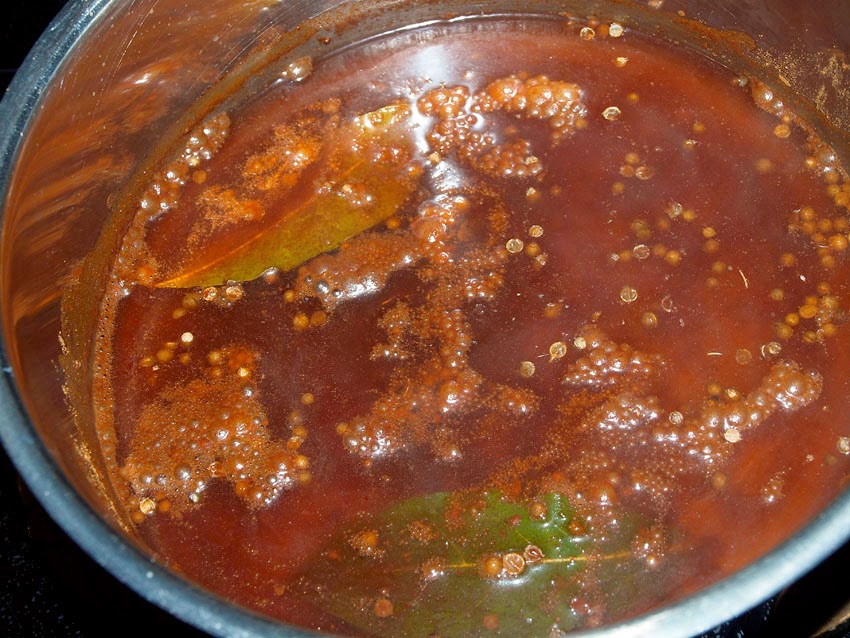 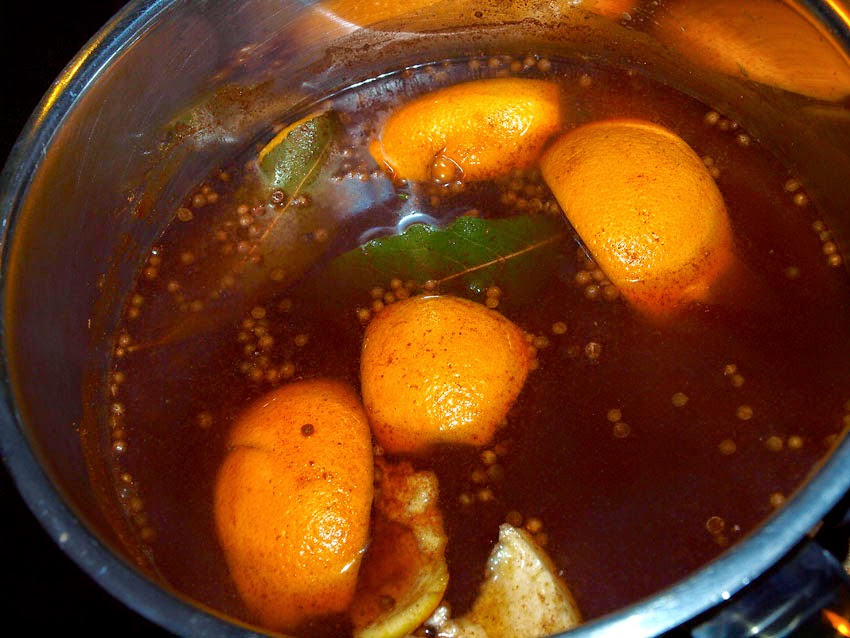 Ready to sit a while 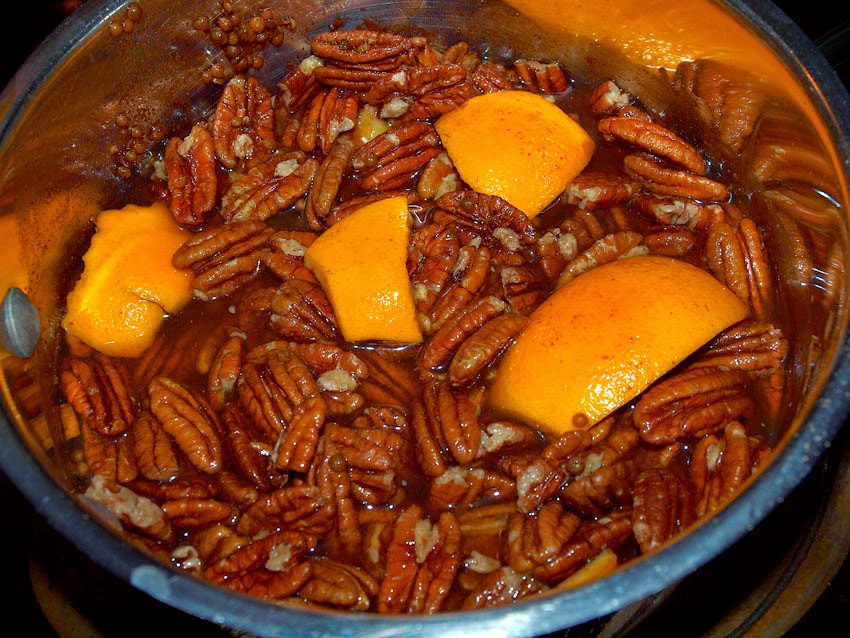 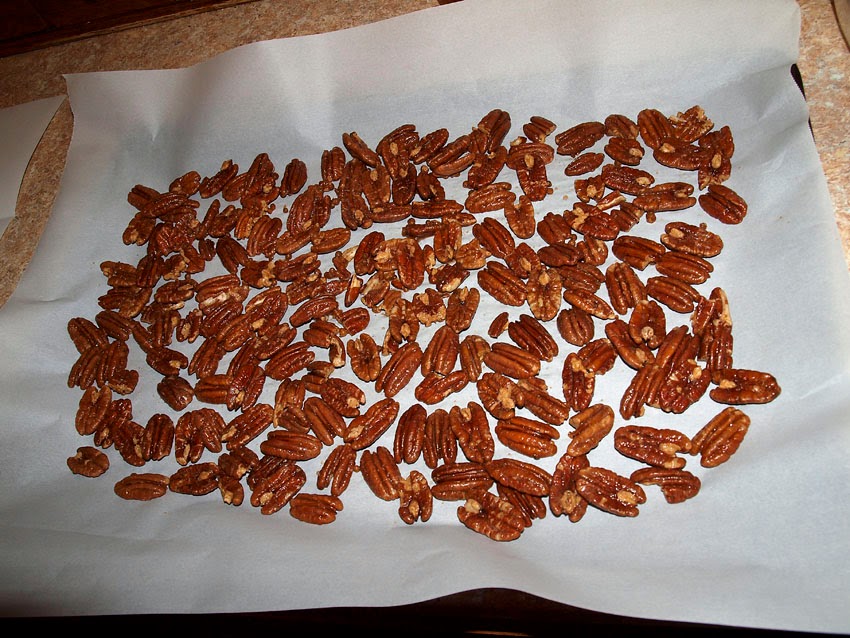 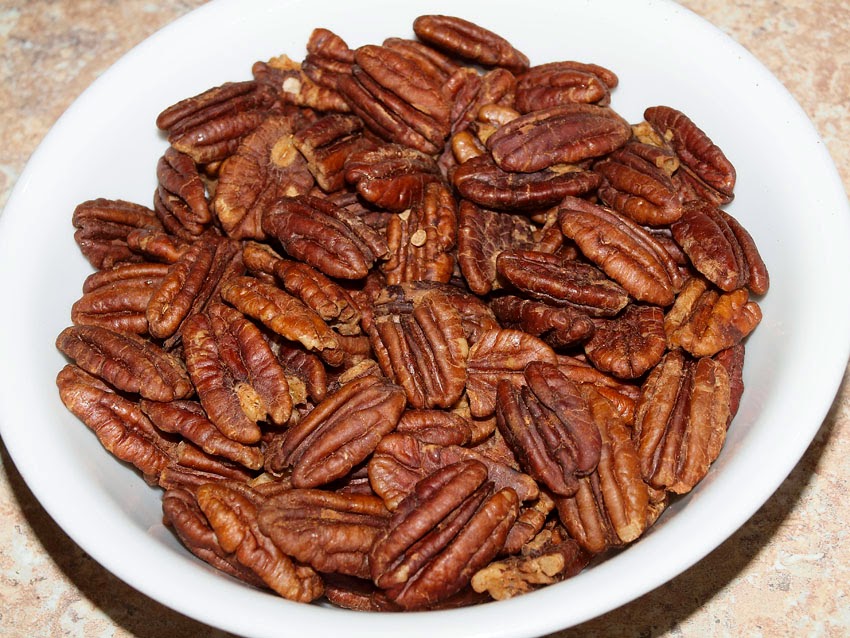