I love gravy but don’t fix it as often as I would like. My Mom made good gravy and was usually milk gravy. My Mother in law made great gravy and was made with the meat drippings, flour and water. She always added a little Kitchen Bouquet. Anytime she cooked for me she always had gravy.

If you are like me it’s a pain to make gravy, the meat and sides are done and ready to serve and you’re hungry. So you skip the gravy. When I read this posted by fellow member of LTBBQ, Drew (CDN Smoker) I thought it sounded good so thought I would give it a try. The recipe came from America’s Test Kitchen.

The only thing I changed was I didn’t measure the veggies and had a little more than called for. I also skipped using a blender and just diced the veggies extra small. I did use 4 Tbs. of butter. After simmering for 25 minutes to reduce down it was not as thick as I wanted so I made a slurry of 2 Tbs. flour and some cold water to thicken some more. It will also reduce some more when I heat it to use tomorrow.

After a taste test, well about 4 or 5 tastes I wanted drink a glass of it; delicious. I did add a half teaspoon of Kitchen Bouquet for a browner color. I would say among the best gravies I have tasted. I will be making this a lot in the future. I think the next time when done I may just use my immersion blender and puree the veggies instead of discarding. That’s a lot of goodies to just throw out.

This is also a good way for some gravy when you make a roast or some poultry on your smoker or outdoor grill and don’t catch the drippings. 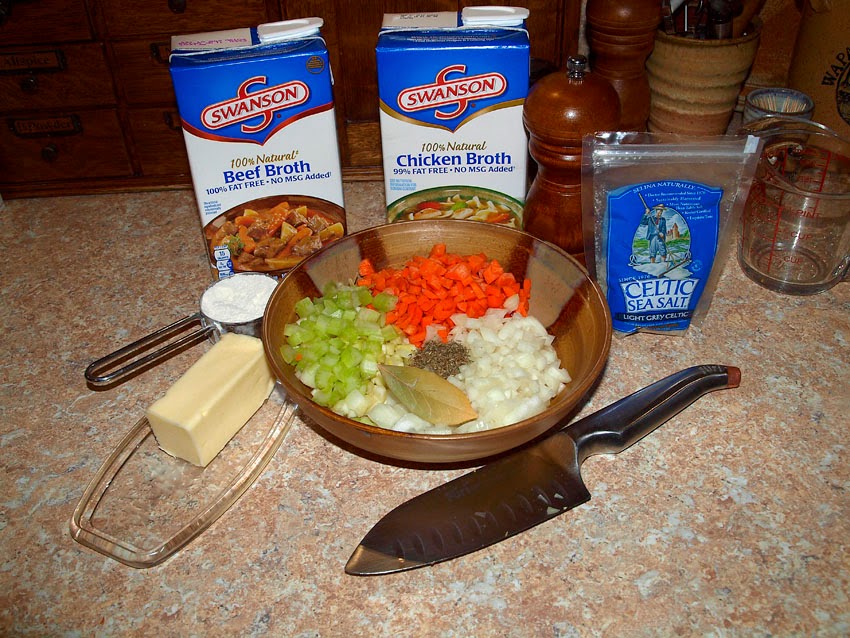 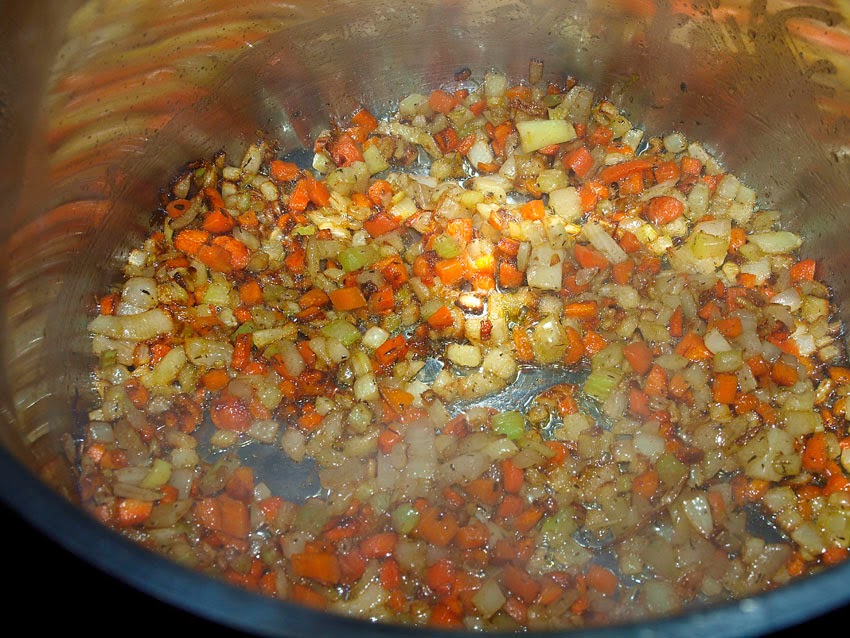 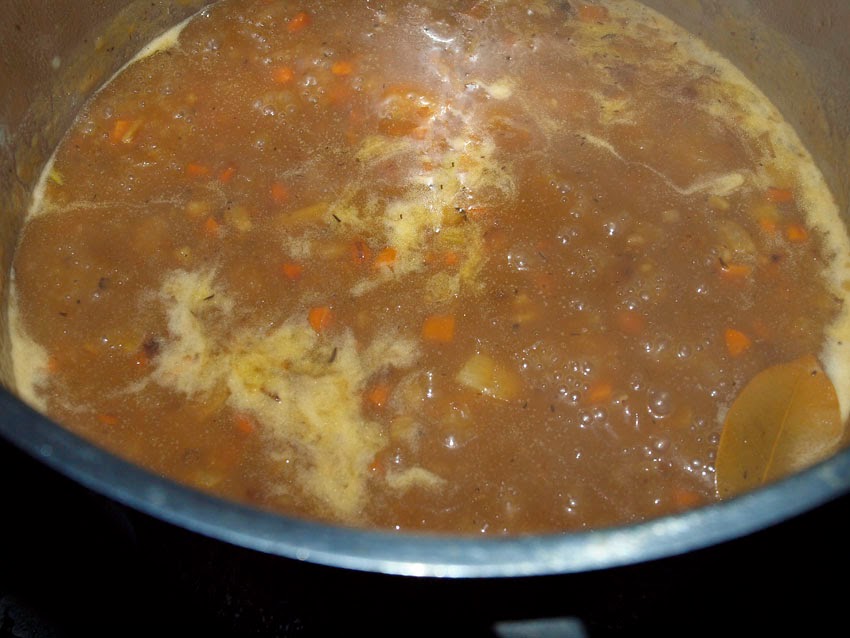 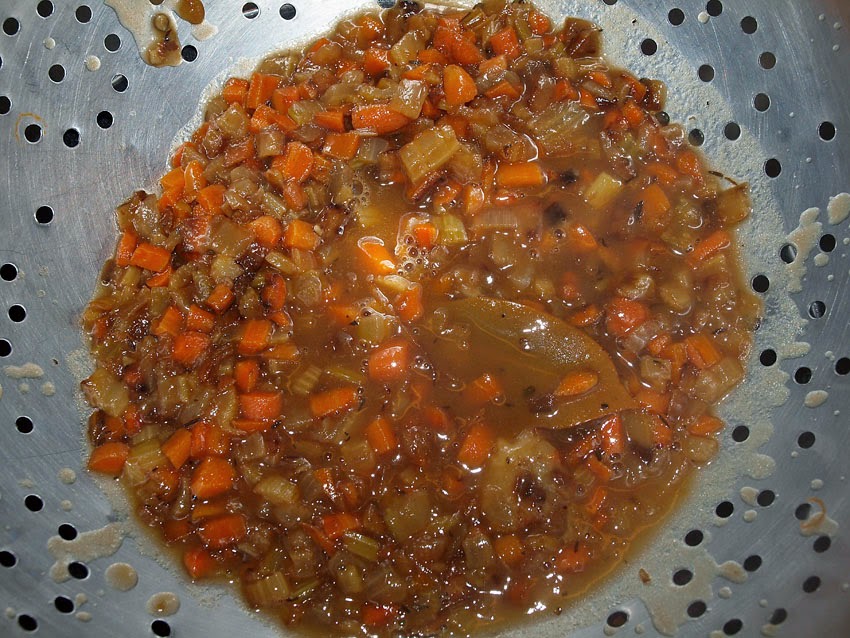 Gravy ready to use or save 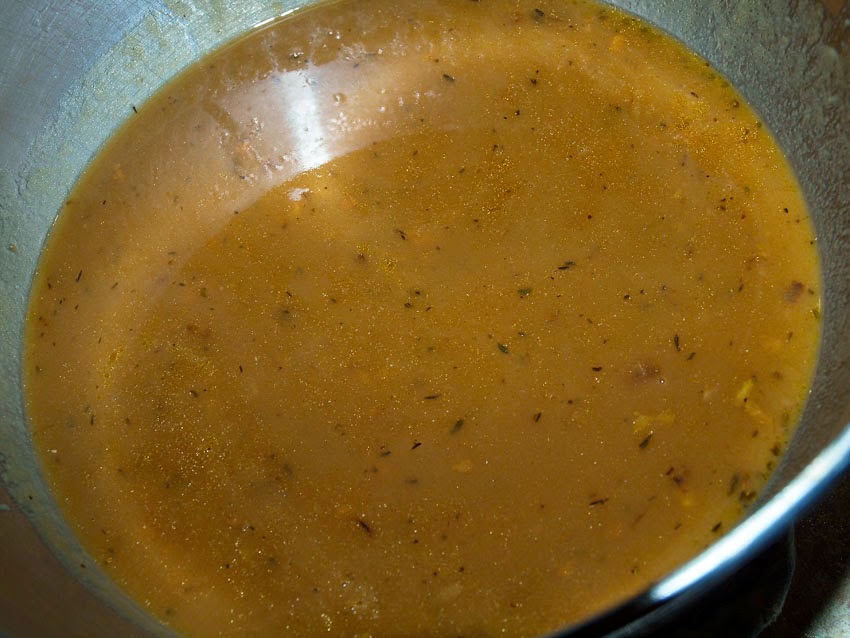 Email ThisBlogThis!Share to TwitterShare to FacebookShare to Pinterest
Labels: sauces