Today was my last cook before I go under the knife Monday, my back operation. I was glad I could get out and cook it on my Traeger. It was a bright sunny day but the 38 deg. F felt cold to me.

I had a rack of baby backs from Kah Meats, my butcher. Rather than doing my usual way I saw these Asian dry rubbed ones from Food52 I thought looked good. They were done hot and fast in the oven but thought I could do them on my smoker. I hoped they would be good since my usual way of doing ribs on the smoker is low and slow and instead of 40 minutes take 4 to 6 hours. I was a little leery of the ginger in the rub mix; the wife and I are not big ginger fans. It said 1 to 1 ½ tablespoons so I just used 1 Tbs. and it went well with the other spices.

I cut up the ribs and rubbed well with the dry rub; they went into a plastic bag and in the fridge overnight. I had the ribs half cut before I realized I forgot to pull off the membrane so I pulled it off the half slab that was left.

To go along with the ribs I had some Carolina rice I did in my rice cooker and fried some stir fry veggies for on top of the rice. I did up two frozen Taipei veggie egg rolls for us and I had some Mae Ploy’s chili sauce on mine.

The ribs were great, the wife liked them too. The blend of spices in the dry rub went well together and none stood out, tasted like one flavor. I thought they were like eating Baby Back Bark!

The DIL and grandson stopped in just after we were done. The grandson sat down and ate some rice and veggies and cleaned two of the ribs to the bone! He said those were good!

Note: I showed my wife's plate so you all would know I do feed her too when I cook!

The rack of ribs 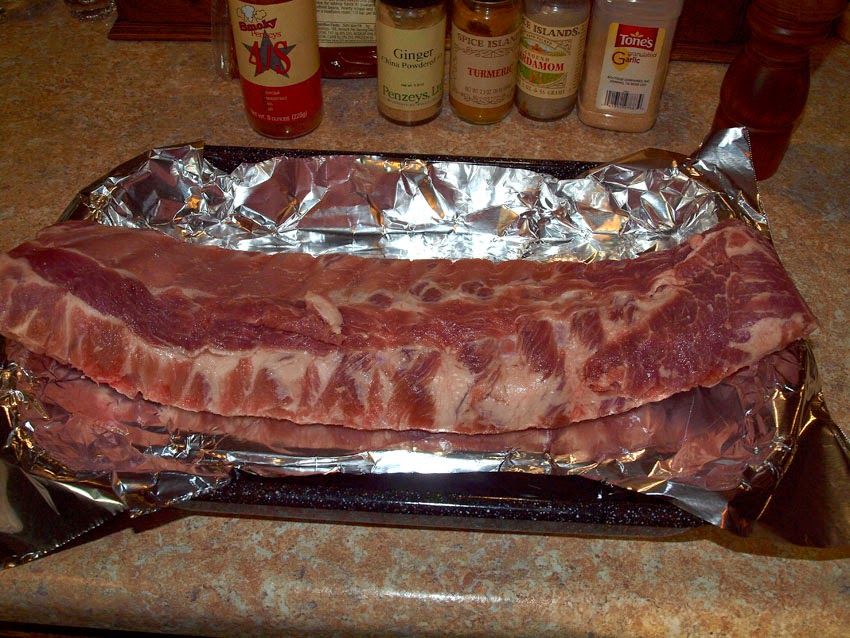 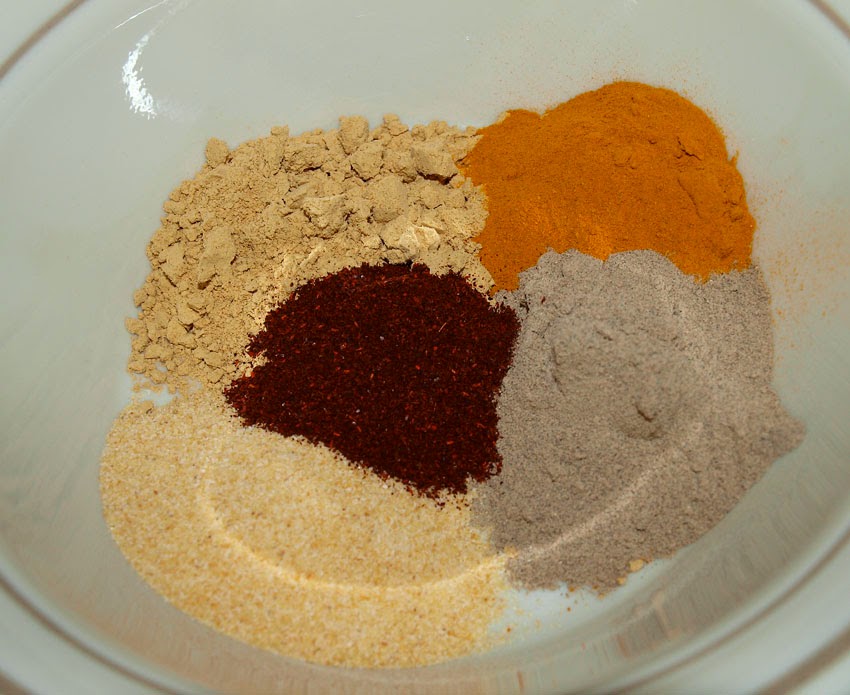 Cut, seasoned and ready for the fridge 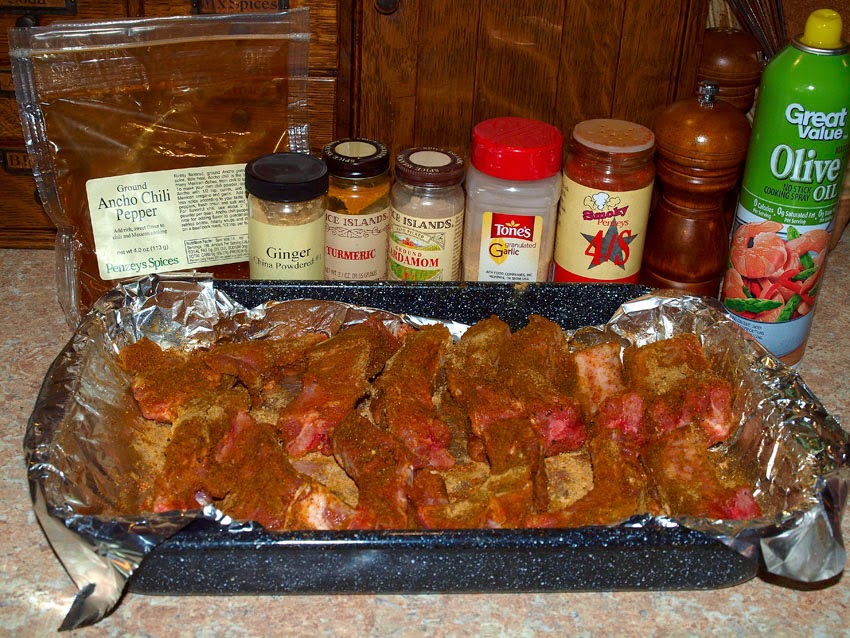 After a half hour of smoke 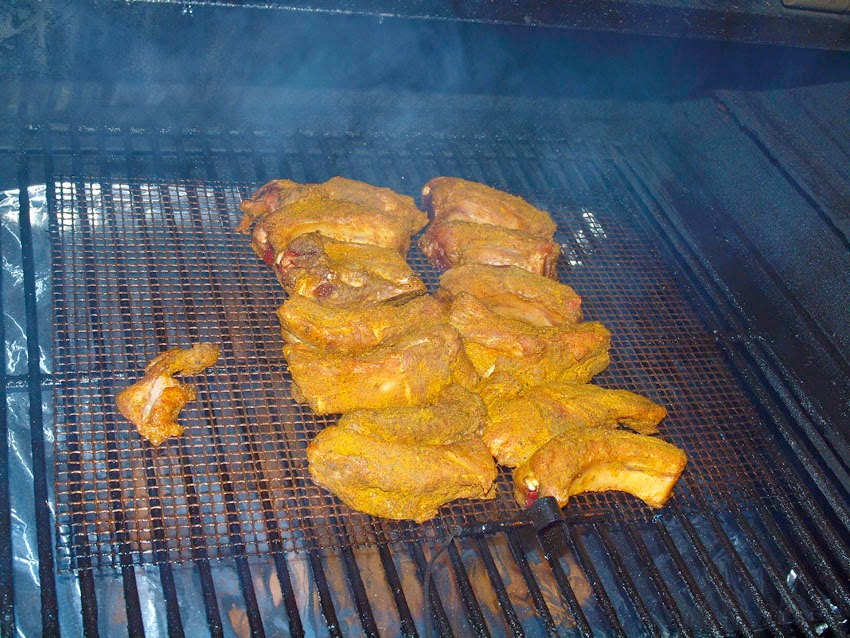 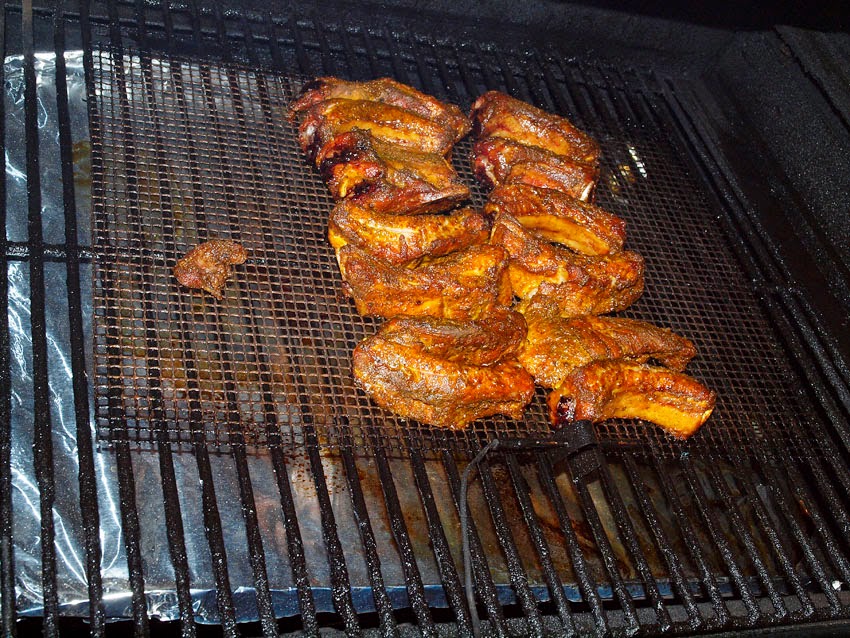 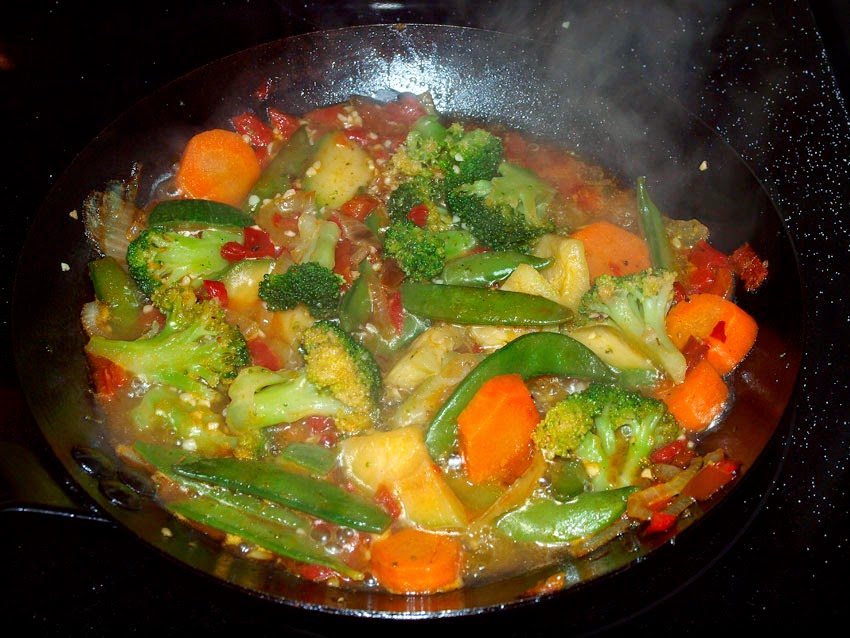 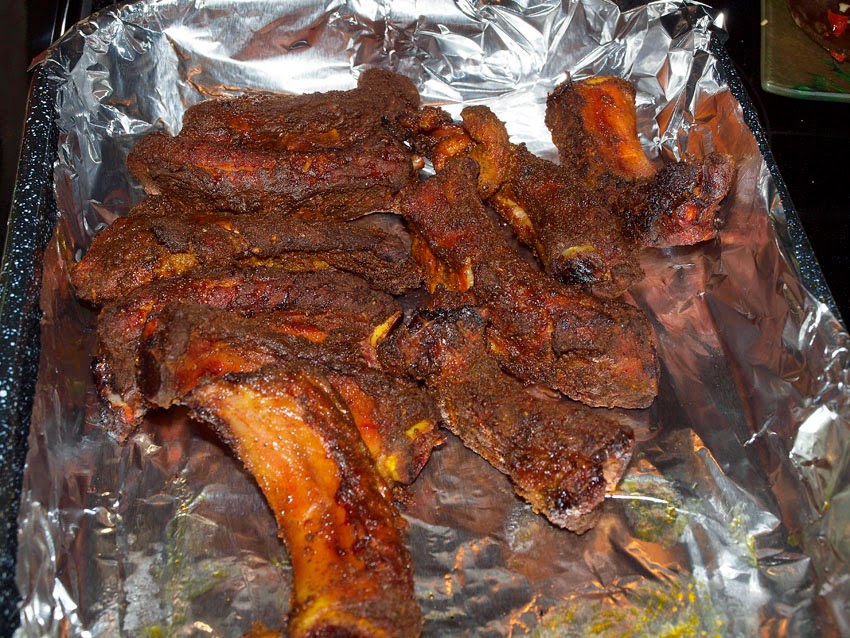 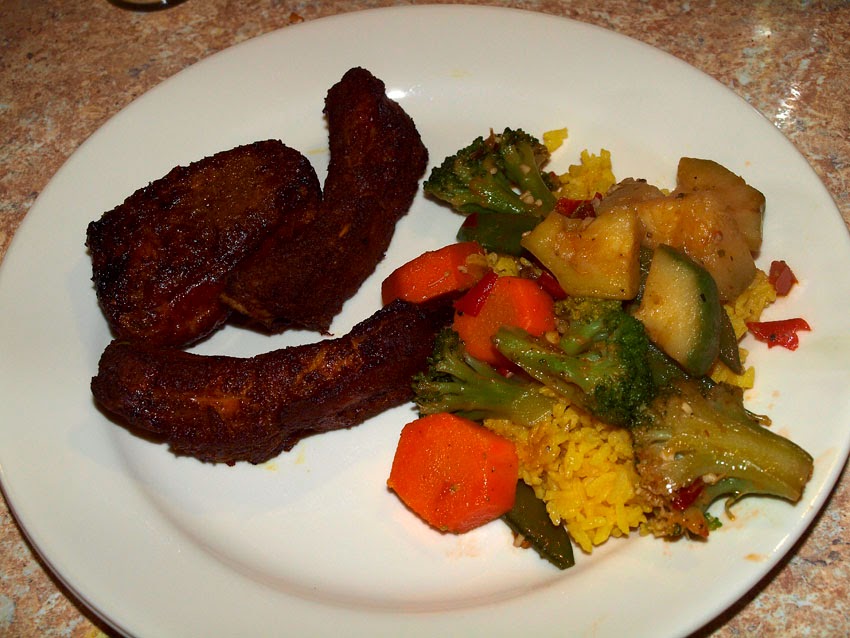 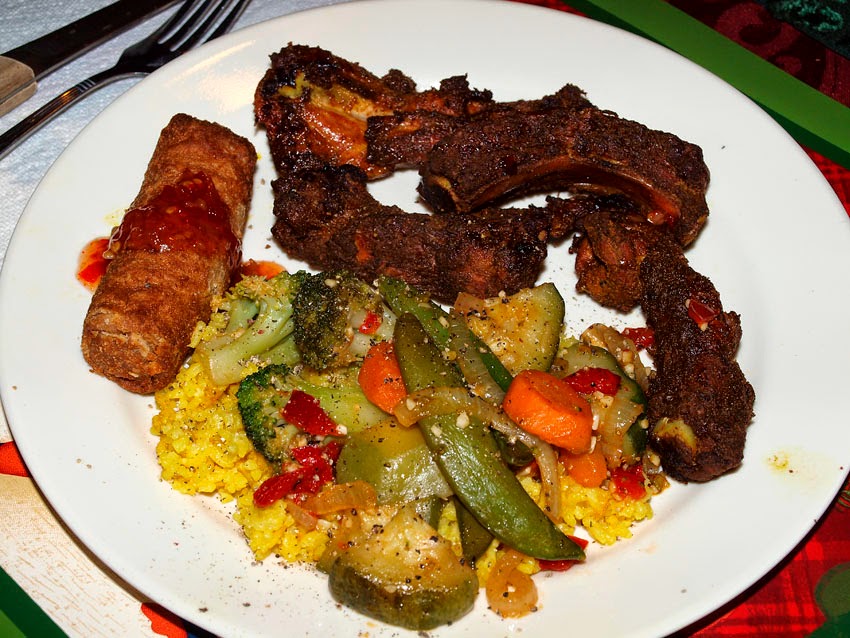 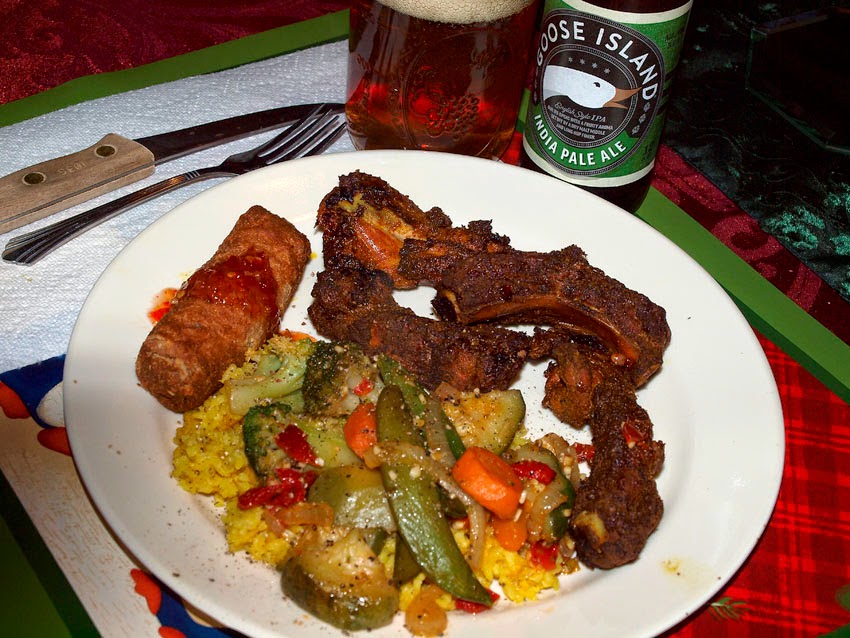 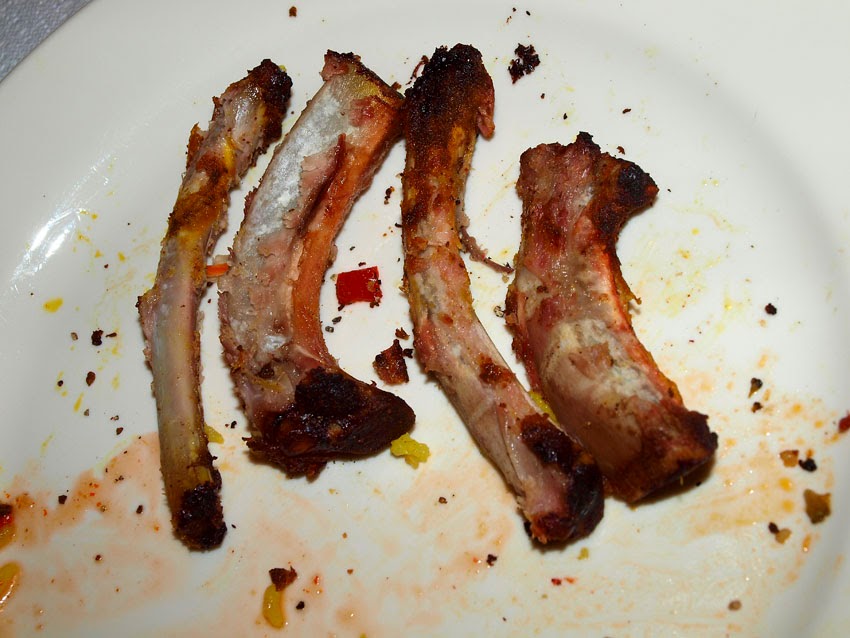