With taking care of my wife now and trying to keep the house in the same way she did has been a chore! I am busy from the time I get up until after supper. I am praying for her to get well SOON!

Our son was down in Fort Mill S.C. for some chores at the home they own and rent out; they are trying to sell it. The grandson had a soccer game, and we were dog sitting so I told the daughter in law I had some angel hair pasta bird nests to try and I would fix supper.

I had a pound of Bob Evens Italian sausage so I made four sausage patties to do on my Traeger on the grill grates. I did them at 325 deg. for a half hour & flipped half way thru.

While they were cooking I made up some salads, heated a jar of Classico tomato and basil sauce that I added a little oregano to. I had water on to boil the bird nests. The bird nests did not hold their shape well but was easy to serve proportions up that way.

This all tasted pretty good for a fast and easy meal to make. It felt pretty nice to have the daughter in law clean everything up and run the dish washer!  She said they had to get home so sent some black raspberry pie home with her. Later the wife and I had the pie with some vanilla ice cream. 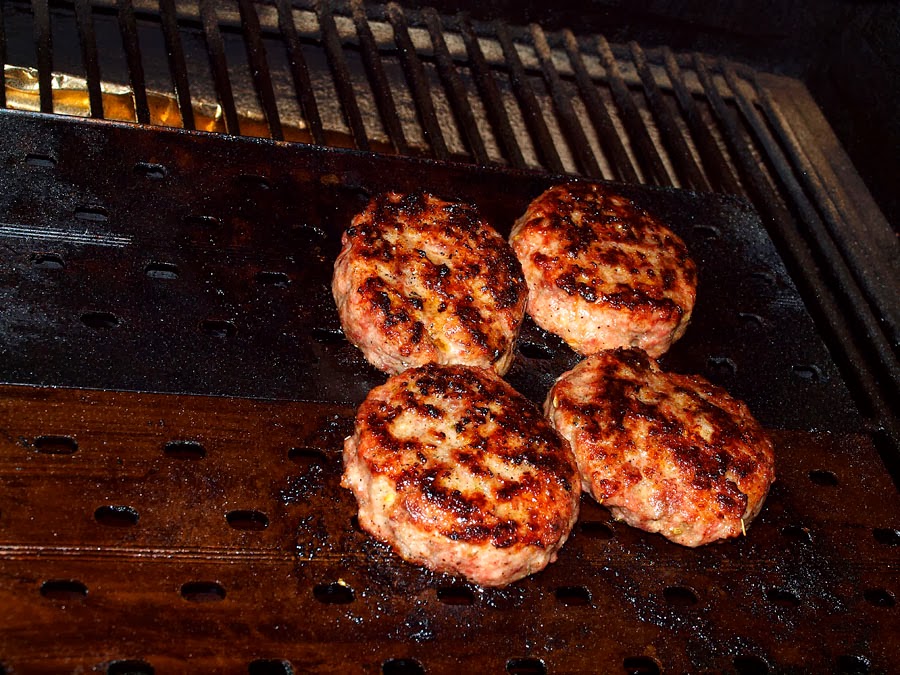 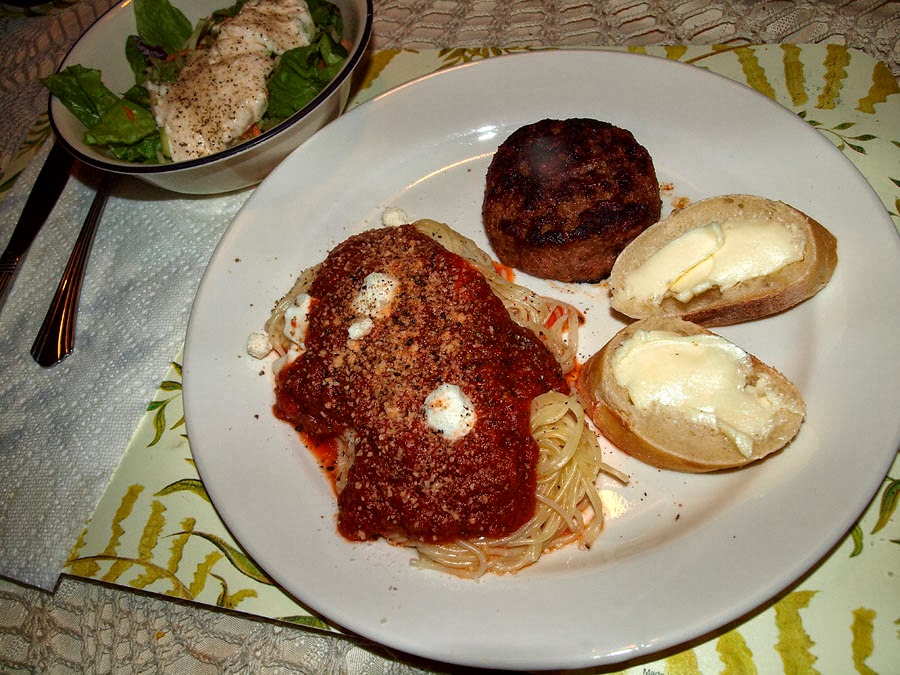