Ever since I read this recipe at 52food.com by Nach Waxman I wanted to try it. His idea was to use natural juices from onions, a carrot and tomato sauce to flavor the brisket. He used a 4 to 5 pound brisket flat and did it in the oven in a covered casserole. Basically he browned the brisket in a skillet, removed, then sliced 6 to 8onions thick and browned some in the skillet. He placed the onions in a casserole dish just large enough to hold the brisket, covered the brisket with tomato sauce, added one carrot, covered and in a 350 deg. preheated oven for 1 ½ hours. He removed the brisket and sliced thinly and then back in the casserole as if it were still whole. It is easier to slice if not quite done.

It then went back in the oven, covered for 2 more hours, basting several times and adding a little water if needed. It is then served and every piece tastes like an end piece; and it’s supposed to be better the second day.

I had my 12 inch cast iron skillet w/lid I wanted to do the brisket in. For my sides I had some Jacob’s cattleman’s beans to try for the first time and would make some baked beans in my cast iron bean pot.
I also had plenty of cauliflower to use up so I made baked cauliflower in my 8 inch Lodge cast iron skillet.
I melted a little butter in the skillet, added the cauliflower, and drizzled with olive oil, seasoned with smoked paprika, ground coriander seeds, salt and pepper.

I wanted to smoke the brisket for an hour first then follow the recipe. I was cooking all in cast iron and wanted to do it all in my Traeger. Problem number one was my second shelf would not fit with the covered skillet in the smoker so I would have to do the sides inside.

Problem number two was my sides were too done. The beans were overdone and mushy but had a good flavor; the cauliflower was a little overdone and had too much oil on it for me.

The brisket was great and my sandwich on an Italian seasoned roll hit the spot; at least one thing turned out good! It’s not a smoked brisket but I will definitely do this again. This winter if the weather is bad and you are hungry for a good brisket sandwich; stay inside and try this. 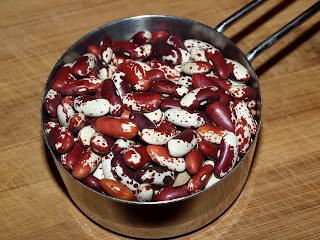 Trimmed and ready to smoke 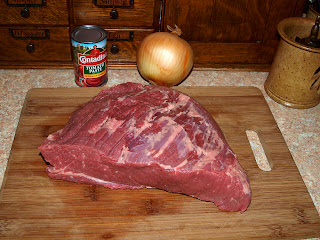 After smoking and searing 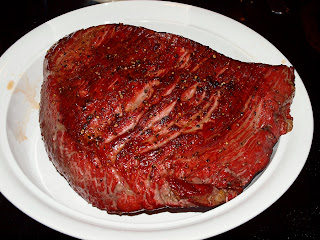 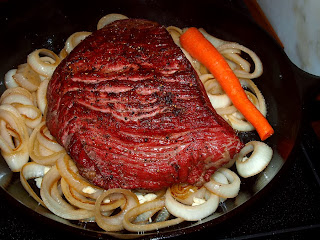 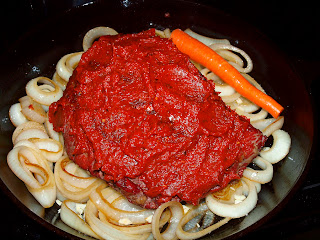 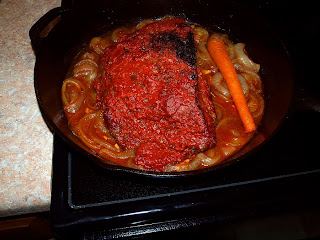 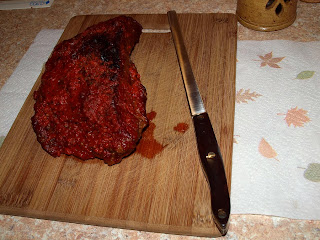 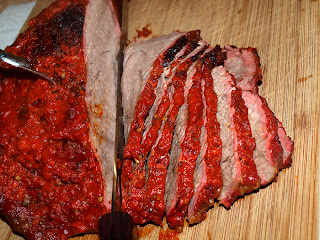 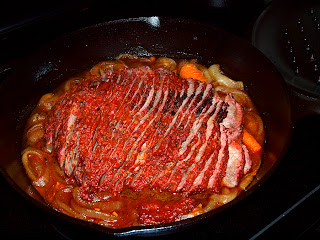 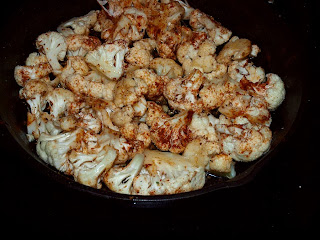 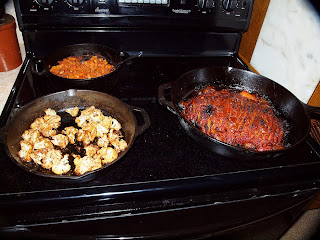 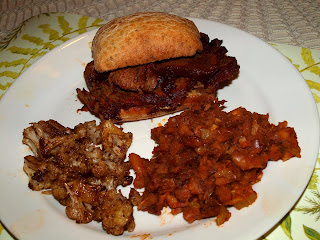