One of the newer members, from LTBBQ, said he was from the low-country in S. Carolina and that reminded me I had not made any bog lately. Traditionally bog was made from boiling chicken in a large pot then adding onions, celery, spices and rice. It was cooked until the rice absorbed all the liquid.

I came up with my version from different recipes. I use chicken, smoked sausage,  sweet onions, green onions celery, garlic,dried parsley, salt and pepper. For the rice I use a box of Zatarain's garlic and butter rice and Uncle Ben's for the amount of rice I want. I can't buy that mix of Zatarains here in town so I used a box of their jambalaya mix and I had two links of Aidell's andouille so I used it instead of smoked sausage. You might say I put a little Louisana in my bog!

For my chicken I had 5 thigh, seasoned with some Penzey's Cajun. I smoked them along with the andouille on my Traeger at 200 deg. For a half hour and then to 280-290 grill level. The andouille was done in about an hour 10 minutes and the thighs in an hour and half. After the thighs cooled I pulled the meat off and all went in the fridge until supper time.

For our dessert I had baked  buttermilk chess pie I got the recipe from Mary at Deep South Dish. I used a Pet Ritz store bough crust but they are pretty good! The pie was good. For me it was like a cream pie with a touch of lemon and the top has a nice crust on it. My wife could hardly wait to clear the dished and get at the pie!

I chopped up 5 slices of bacon and fried it for topping and used about 3 Tbs. of the grease for the bog. And sliced some green onions for on top.

I assembled the dish a little different than stated in my recipe. I had less chicken and sausage than normal so I used a total of two cups of rice. I heated the bacon grease and butter in a large pot on medium high heat and added the onions, celery and garlic. In 5 to 10 minutes it was getting soft so I added the chicken and andouille. It was all cooked so just stirred until heated though. Then I added the rice and stirred for about 5 minutes.

I added some salt and pepper then slowly added the chicken stock until it was pretty wet brought to a boil then down on low heat. I cooked it about a half hour, adding stock and stirring for a half hour. I used all but about a half cup of the stock; you want it wet and moist but not like soup.

I baked some garlic knots to have with it and turned out pretty good! I had bacon and green onions over mine.

The chicken and sausage ready to smoke 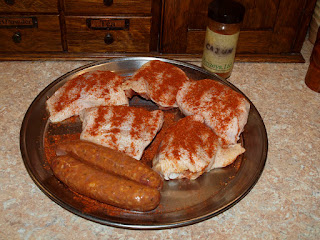 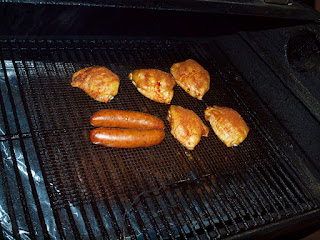 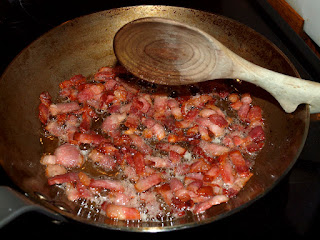 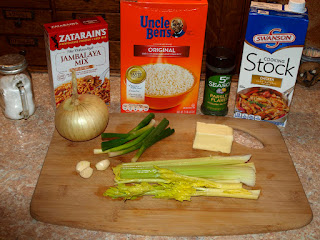 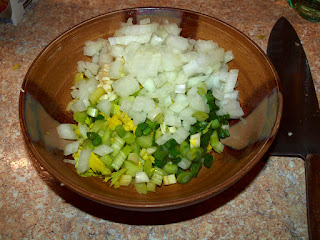 Sweating in butter and bacon grease 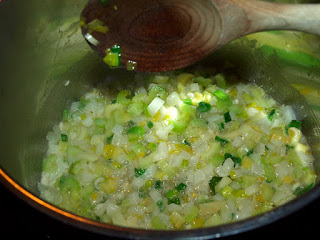 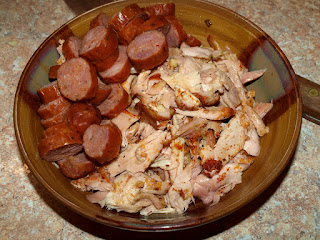 Added to the pot 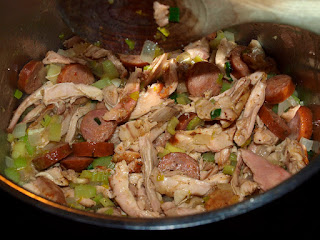 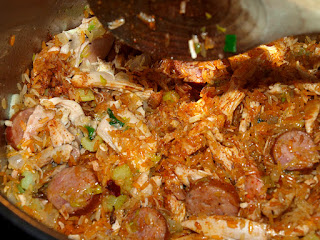 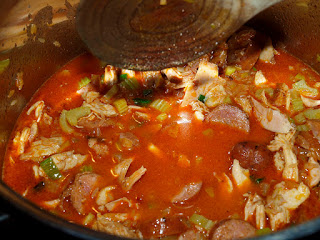 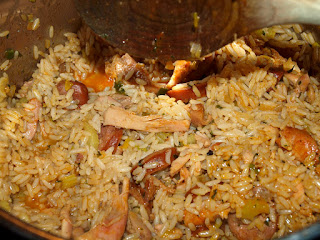 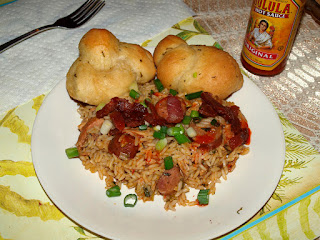 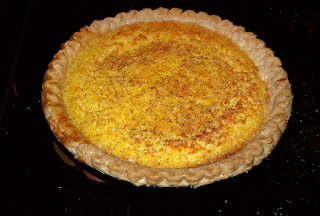