I was busy in the kitchen most of the day; in the morning I made a pound of brown butter and then made some salt and vinegar chick peas for snacks. This was the first time I ever made brown butter; other than getting it too brown in the skillet before adding food! It is basically like making ghee but not skimming and separating it.

It has been too cold for me to want to cook on the smoker. Some kind of chicken soup would be good for the cold weather. Chicken and noodles would be fine for the grandson; he loves it. I was thinking a little heartier so I went for some help from Mary; my friend at deepsouthdish.com. She is a fine cook of southern comfort food.

I followed her recipe pretty close and for this she lets you choose the veggies. I used half and half cream instead of evaporated milk and cut back some on the butter; I thought I had plenty of fat from the chicken. My veggies were a can of corn, a can of cut green beans, some sliced baby carrots, a cup of small diced cabbage and a can of baby corn. I heated the baby corn up separate because I knew the grandson would want his on the side!

I had a whole chicken from my butcher and cooked it for an hour and 10 minutes with celery, onions and carrots for the broth. I removed the chicken to cool and strained the broth. When it was cool enough I pulled and shredded it.

I used two thick slices of bacon diced and some diced green peppers; I omitted the onions for the grandson, he’s not crazy about them. When the bacon was almost browned I didn’t have enough grease for the flour so I added a tablespoon of my brown butter and then I added the flour and the broth. I then added all the canned and fresh veggies and let simmer a half hour.

I then added the chicken, ¾ cup half and half and the dry seasonings. I let it simmer about 15 minutes and then added a ¼ cup half and half with 2 tablespoons corn starch stirred in. I had the baby corn heated and served up with some bread and butter. The grandson had his baby corn on the side and the rest of us had some on top of our stew. We all loved it and this is a very tasty and hearty stew! Thanks for the recipe Mary!

For the chicken and broth 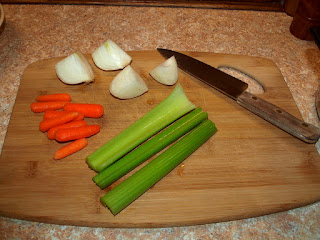 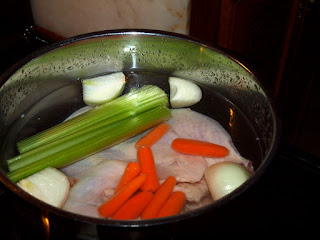 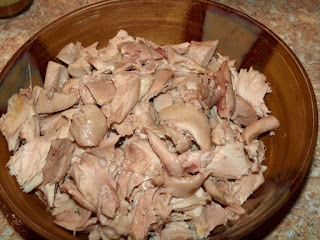 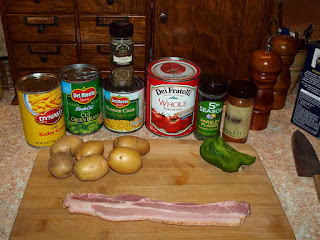 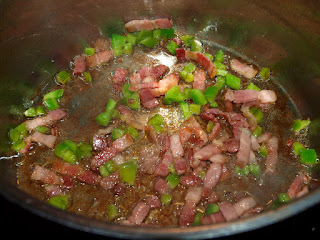 Adding the flour and broth 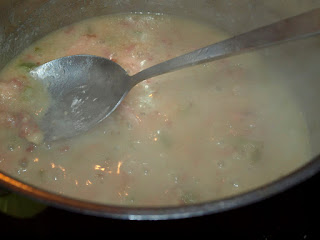 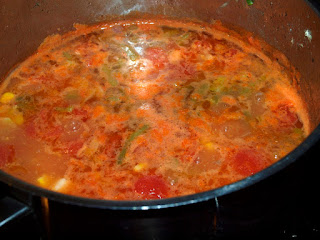 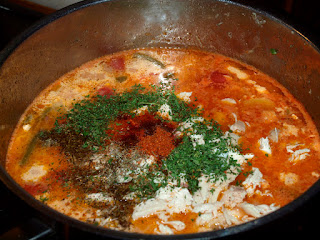 Half & half and corn starch added
ready to serve 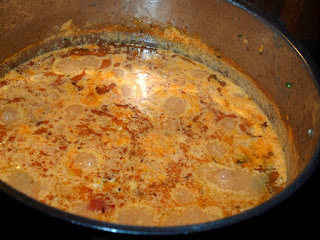 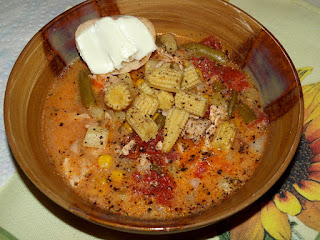