It was my birthday, for the wife it's a chance to go out to eat, for me I would rather stay home and cook a meal I want. Wednesday we went to get our income taxes done and went to eat lunch. We had deep fried smelt at a favorite Italian place Casa Lual in Lima. OH. They have it every year during lent.

For my birthday Thursday my pickled pork was ready to make red beans and rice. My recipe is an old recipe from the Frugal Gourmet and said to be from an old Cajun Cook. For me it is the only way to fix red beans and rice.  It is pretty versatile and can be made from any smoked sausage and the pickled pork. I had some good smoked jowl bacon to add but a ham hock would be good done with the beans and then pull the meat and add back.

For mine I cooked the beans for the three hours and then added the bacon and the andouille from my butcher; after browning. I have sauted the veggies before but this time just added them in; I added the green onions and parsley the last 45 minutes. You need to stir the neans often to keep from sticking to the pot. You have to have cornbread with this so I made some with about a cup of shredded cheddar added. I served it with some rice and it was a taste treat! 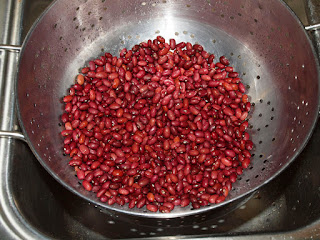 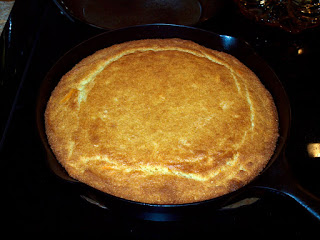 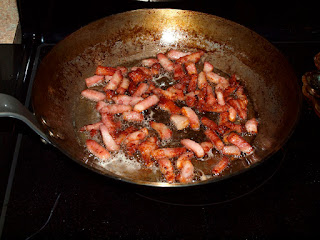 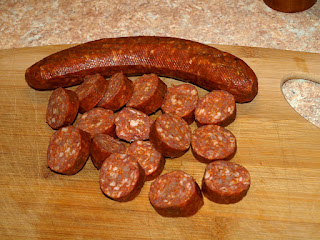 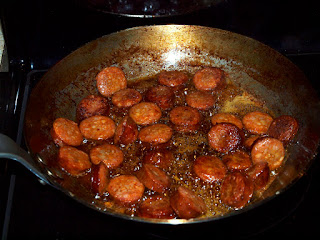 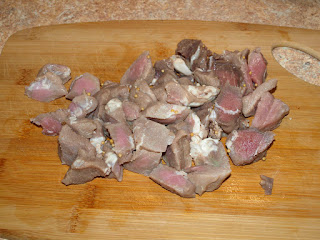 Meat added to the beans 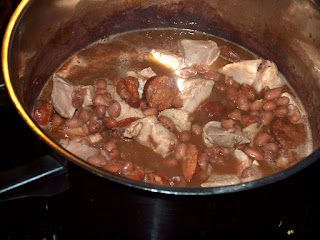 Chopping and adding the veggies 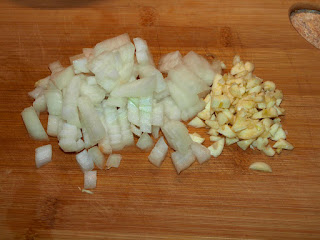 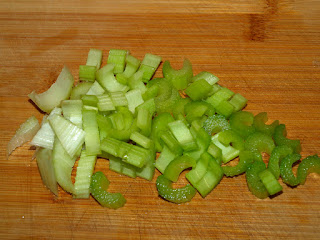 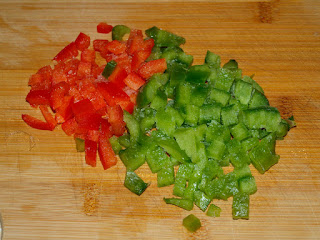 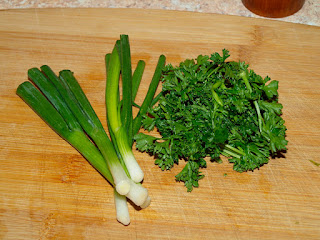 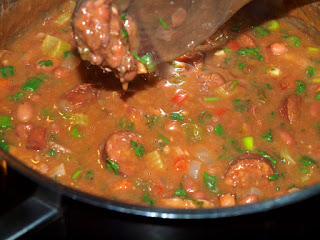 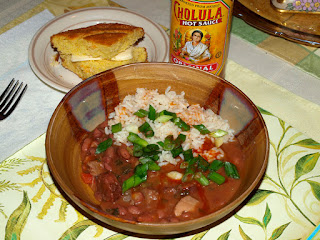