After seeing some great burgers go down on LTBBQ I am glad I had these planned for tonight. I have been too busy the past two weeks for an ole man! Last Sat. we had a little get- together with three members of Lets Talk BBQ. One member has a Carry out close by where I get my beer and some great food, especially pizza and broasted chicken. I got to meet a lady member and a member who lives in South Africa for the first time. I think it is special when friendships extend across oceans and continents. We had chatted on the forum for a year and it was great to see them; we had some good food and a great time talking.

This week I got some tomatoes and flowers planted; and were helping the wife get ready for a garage sale today. I got some pre-made sirloin patties from my butcher has made up and frozen. They are at least 1/3 pound and run $1.75 each. I wanted some bacon on the sandwiches so I did up some and a slice of old fashioned bologna for a lunch snack and I did it on my Traeger. I pre-cooked some potatoes to slice and finish on the grill.

I haven’t cooked on a gas grill for a while so I had everything ready to go. I did up 3 of the sirloin burgers since the grandson would be here. I seasoned one side with Tatonka Dust and for mine I seasoned both sides and heavier, I love that stuff. I had the bacon cooked and some Manchego cheese for the wife’s and mine and some Amish butter cheese for the grandsons. I drizzled olive oil and seasoned the potatoes with WOW on both sides. For a salad I split a head of Romaine lettuce drizzles on a little olive oil, balsamic vinegar, salt and pepper. They would go on the grill a couple of minutes.

I had my Weber grill, and Grill Grates, flip side up, pre-heated about 390 deg. I put the burgers on and then the potatoes. After 6 minutes I flipped all. After 4 minutes I added the cheese and bacon to the burgers and moved the potatoes to the top rack. Another 2 minutes I topped the burgers with the whole wheat buns for a minute. I pulled the sandwiches and potatoes, put the Romaine lettuce on, and took inside for the wife to get her and the grandsons plated. I rushed back outside and pulled the lettuce.

Now that was way too fast for an old man! I barely had time to snap a picture and a sip or two of my beer. Before I got my new Weber two weeks ago I would have done all this on my Traeger and would have had time to sip one beer at least; but danged if it didn’t taste good! I like the brown all over I get from the flip side of the grill grates. It is like one from a flat iron grill. The wife and grandson said all was good too! 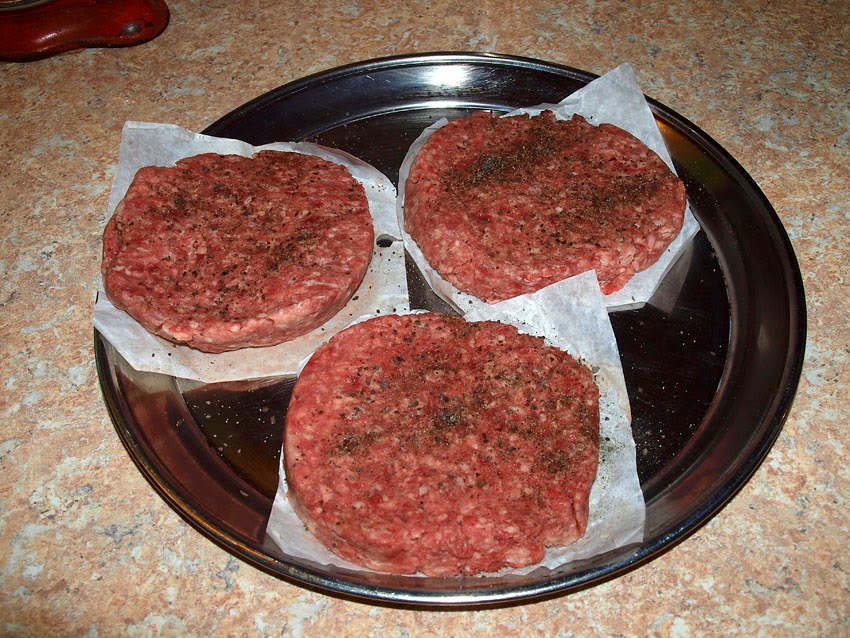 The bacon and a lunch snack 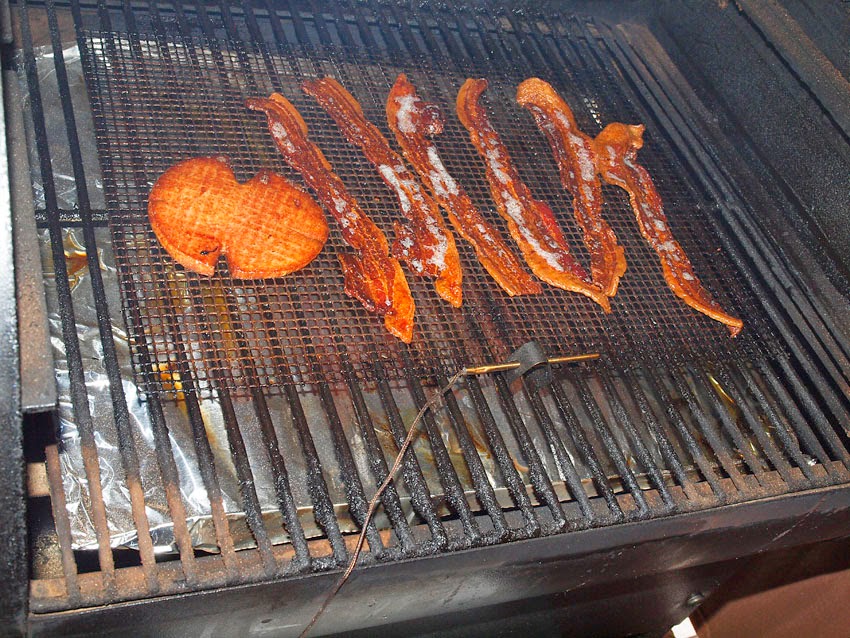 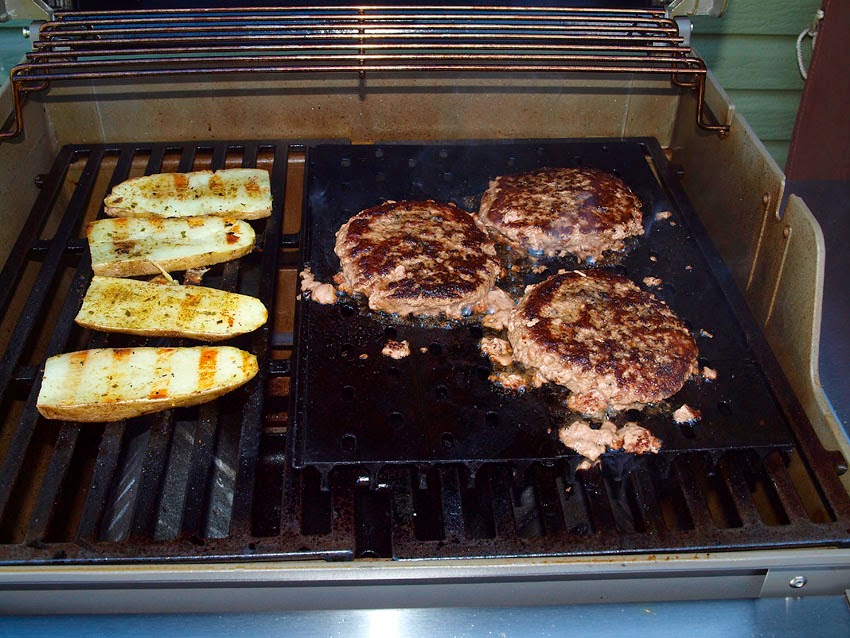 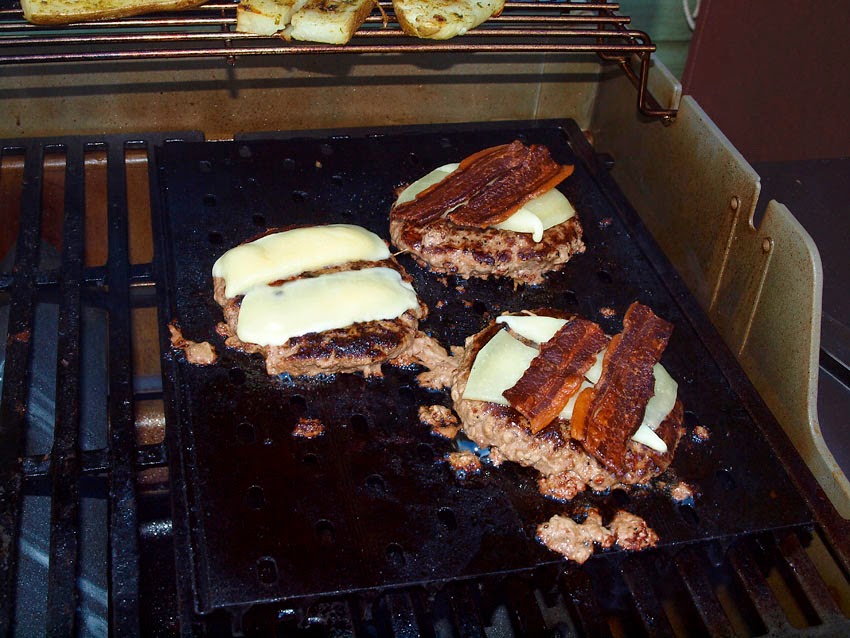 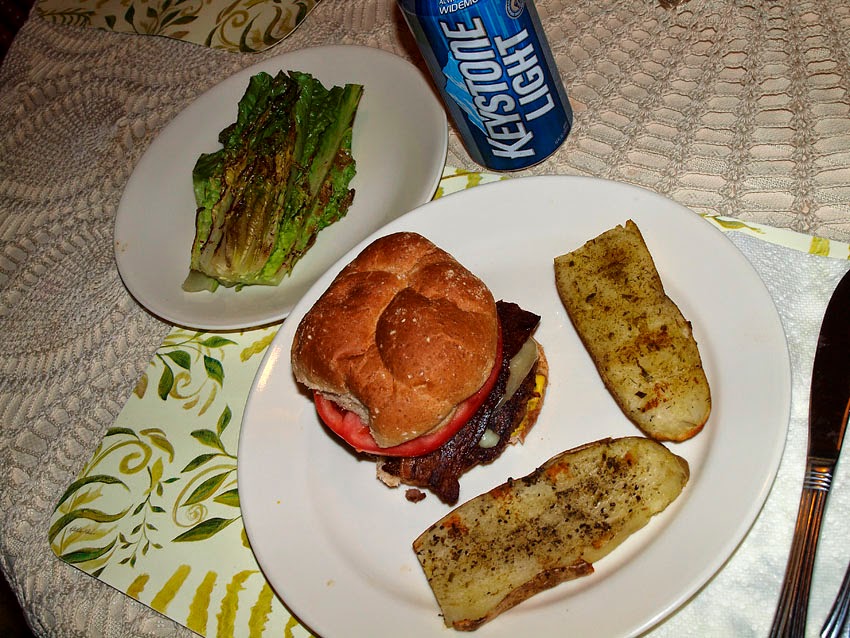 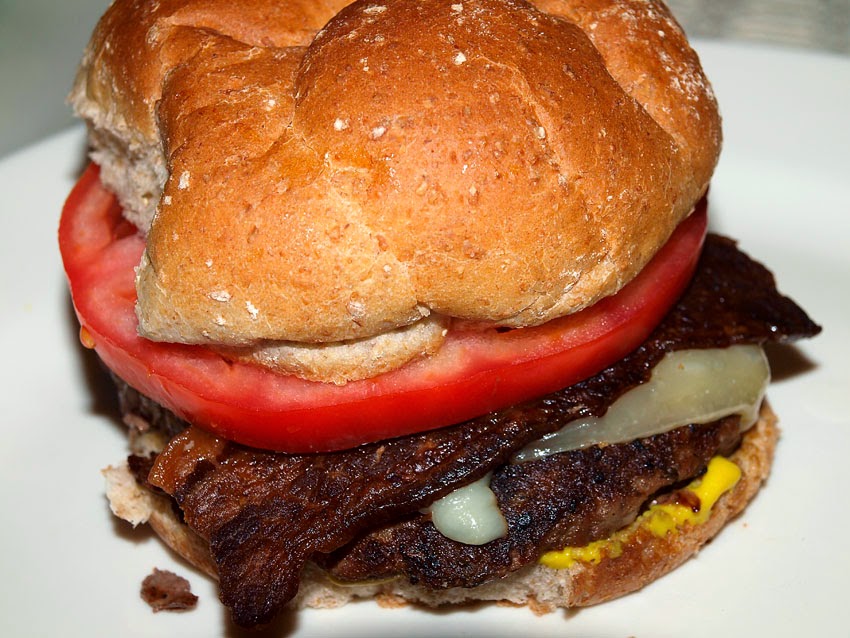 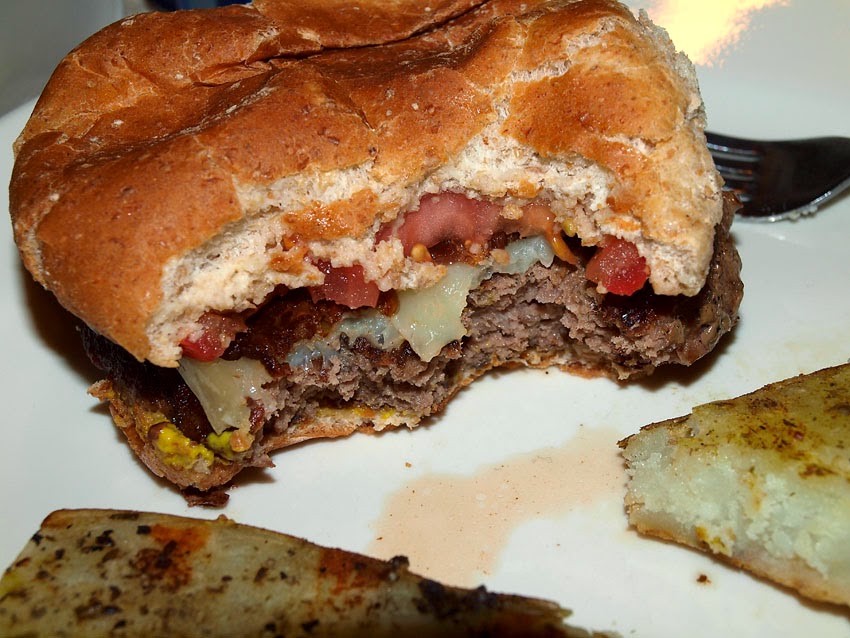