It has been a little different Memorial Day week-end for us this year; more like a soccer week-end. Our 9 year old grandson id plays on a traveling team. He had a game Fri. evening, two Saturday, and one Sunday morning and has his last game this evening. Most of the games this season have been 40 miles away.

We made his Fri. game and one of the Sat. games. After his Sunday game they dropped Dad off at the airport. Our son will be in Las Vegas six weeks on business.

For Sunday’s supper I have seen this recipe all over the web lately so I thought it would be fun to try. I just made up my own recipe after getting the idea. You use wan ton wrappers in place of lasagna noodles. Maybe I should call it wonsagna!

I just used a jar of Classico tomato basil sauce. I browned up some ground chuck and onions, some garlic and added a little oregano and WOW seasoning. I made some veggie sauce with some chopped zucchini in place of the meat for our daughter in law. Her and the grandson came for supper.

My cheese filling was about a cup of ricotta, a cup of shredded mozzarella and ¼ cup of parmesan, Romano and Asiago blend. I had some fresh basil roughly chopped to add to each layer and the top.

I used two large 6 hole muffin pans and made up three layers of a won ton wrapper, a good teaspoon of the sauce and a good teaspoon of the cheese mix topped with some fresh basil. The three layers were topped with a won ton wrapper, some shredded mozzarella, parmesan blend, chopped basil and a few grinds of 4 peppercorn blend. I made 6 with the meat sauce and 4 with the veggie sauce.

I did them on my Traeger pre heated to about 360 deg. F for a half hour. For sides I brushed some chive, garlic chive butter on some garlic sticks and nuked some asparagus I had marinated in a little olive oil, red wine vinegar, and Penzey’s sandwich seasoning for 4 minutes.

They tasted great. You could use a small muffin pan and it would make a nice appetizer too. They are pretty easy to make up and you could use your own sauce and cheese mix you do with your favorite lasagna recipe. 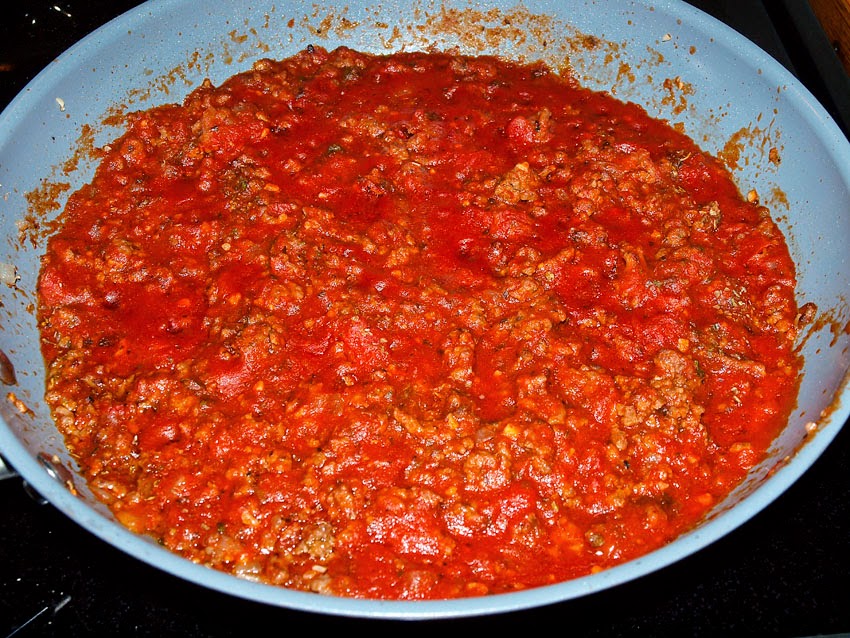 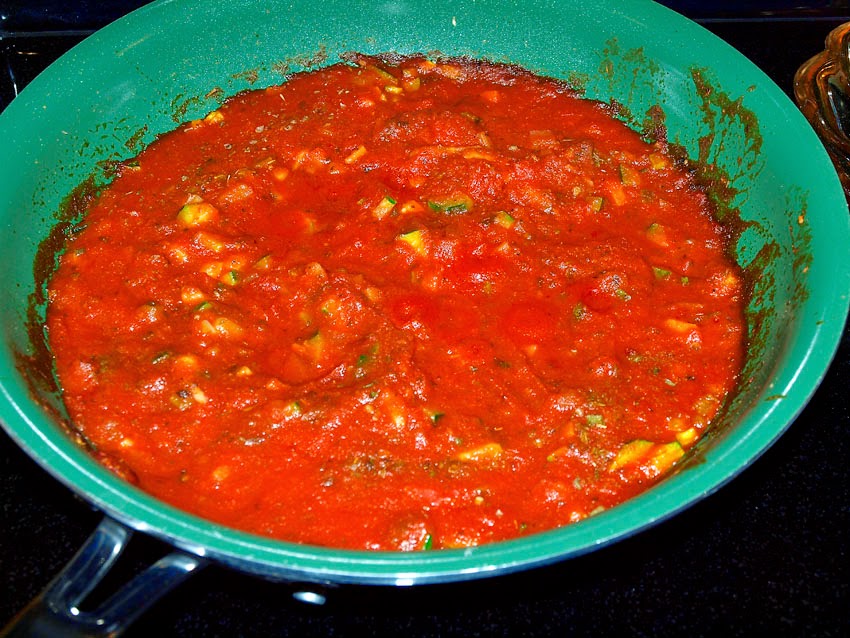 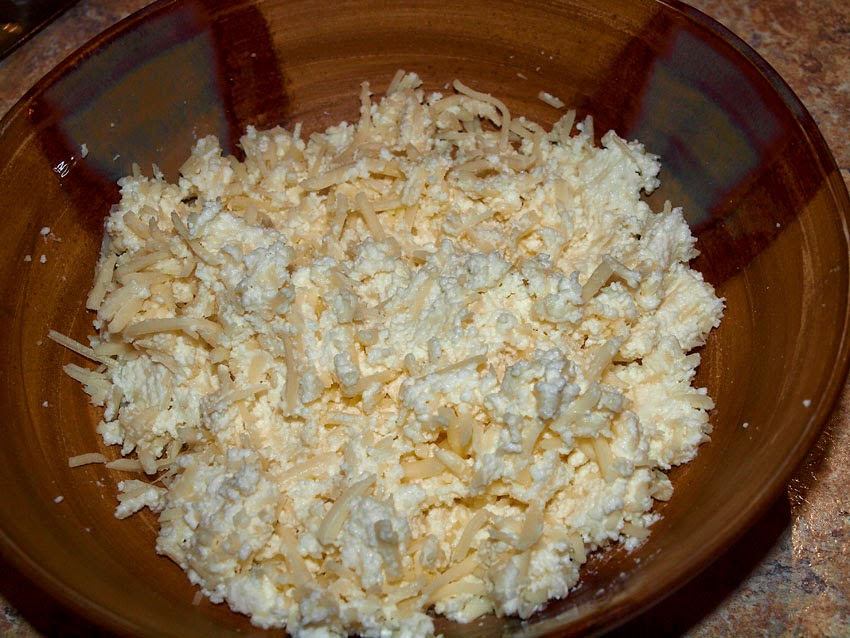 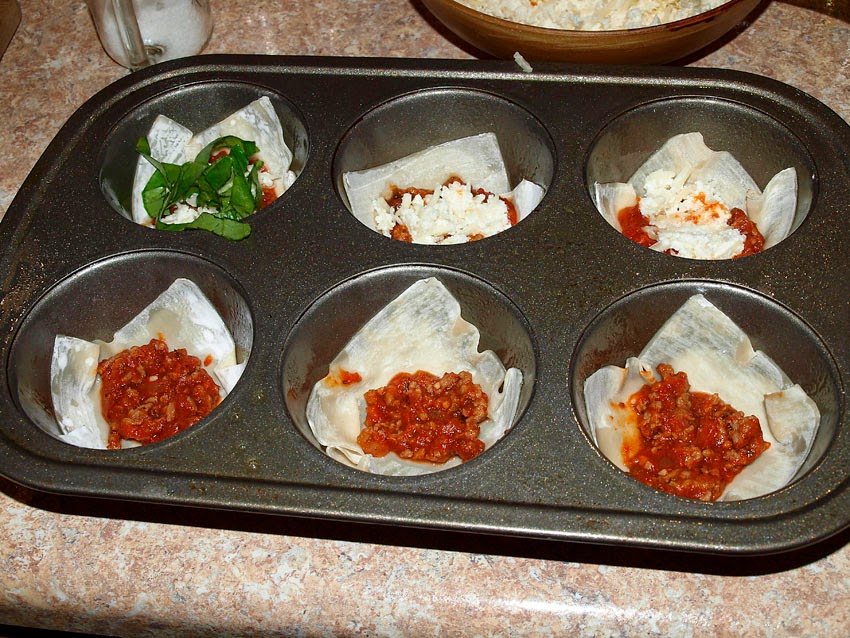 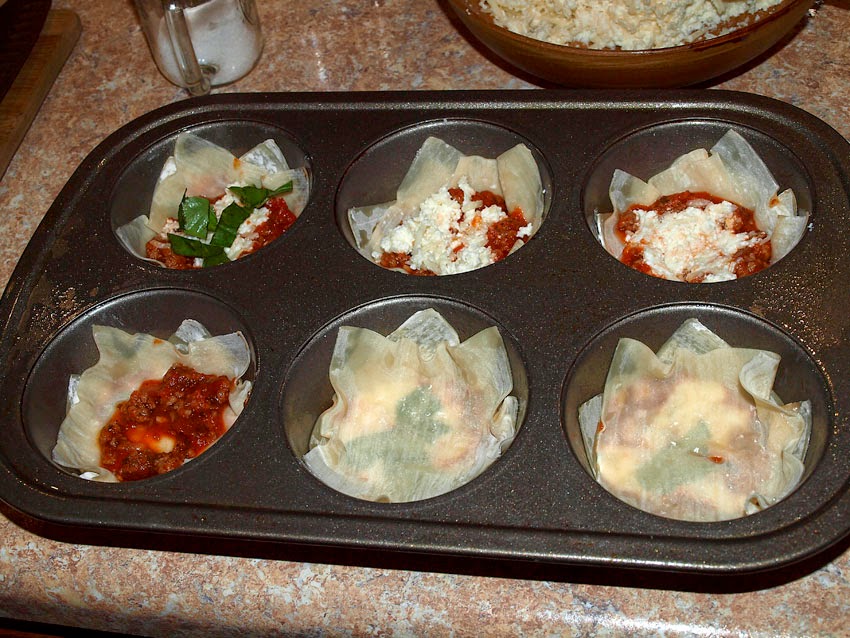 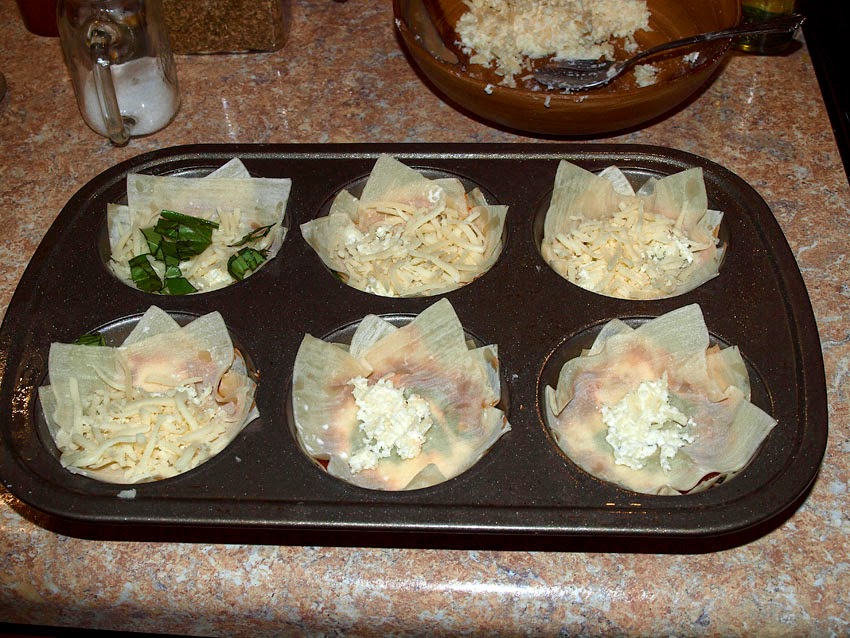 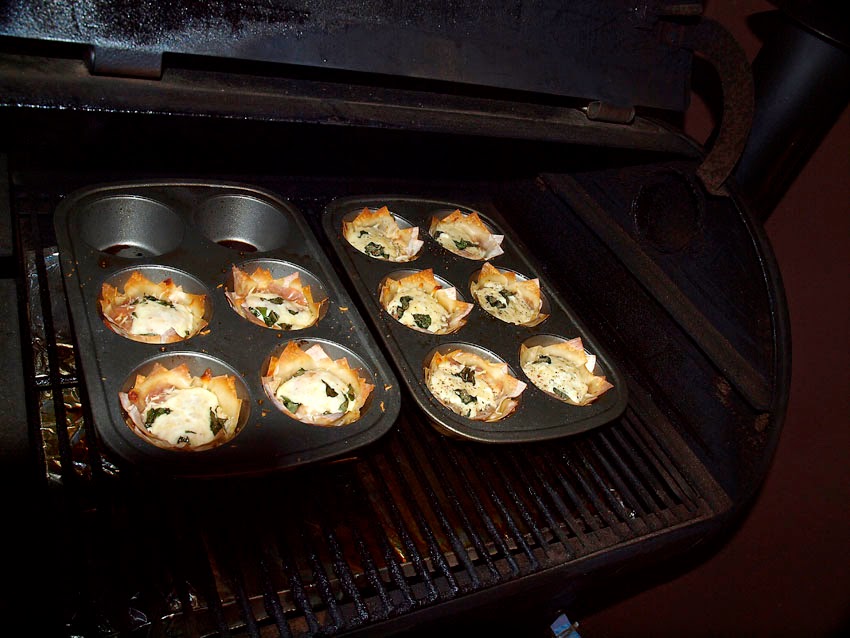 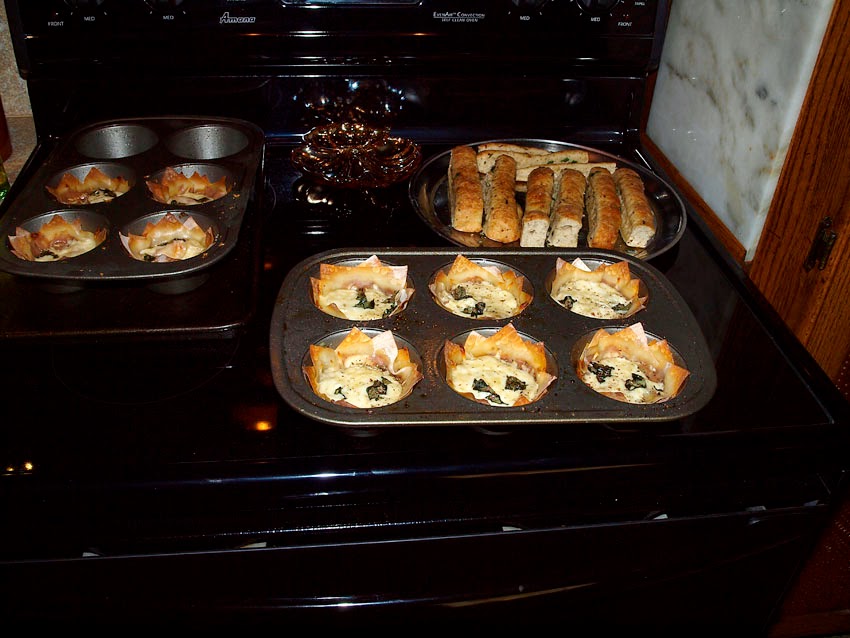 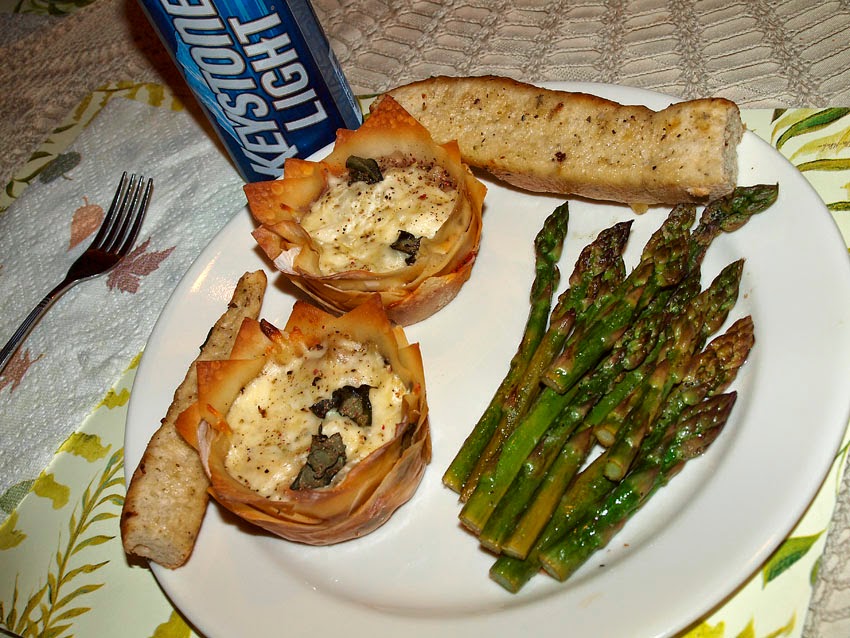