I had some leftover pork loin back boneless ribs to freeze or use. Half of them were on the dry side so I made some red sauce with dried peppers and would have some open face tacos.

I used 9 guajillo peppers and one New Mexico. I cleaned them, covered with hot water and soaked for a half hour. I drained and rinsed them and added fresh water and a couple cloves of garlic. I brought them to a boil and then simmered for about 45 minutes. When they cooled I pureed in a food blender. Tasting I knew it was too hot for my wife.

I mixed half of the pureed pepper sauce and a half 28 oz. can of crushed tomatoes. I brought it to a boil and added 1 teaspoon of oregano, a teaspoon of cumin, a tablespoon of Worcestershire sauce, salt, pepper and a couple pinches of sugar. I diced up my leftover pork and added it. I let this on a low simmer about 2 hours.

I had some asparagus marinating in olive oil, balsamic vinegar and Penzey’s Fox Point seasoning for a side. My wife had some wheat folding flat bread I toasted with a little olive oil on a cast iron griddle. I topped them with the pork and some shredded triple cheddar cheese. I put them under the broiler to melt the cheese then topped with some thin sliced Napa cabbage, sour cream and some diced green onion.

Tasted good and the asparagus not typical with Tex-Mex was a good side. The pork was good in the red sauce, a good use for leftover pork. It had some heat but was not too hot for my wife. 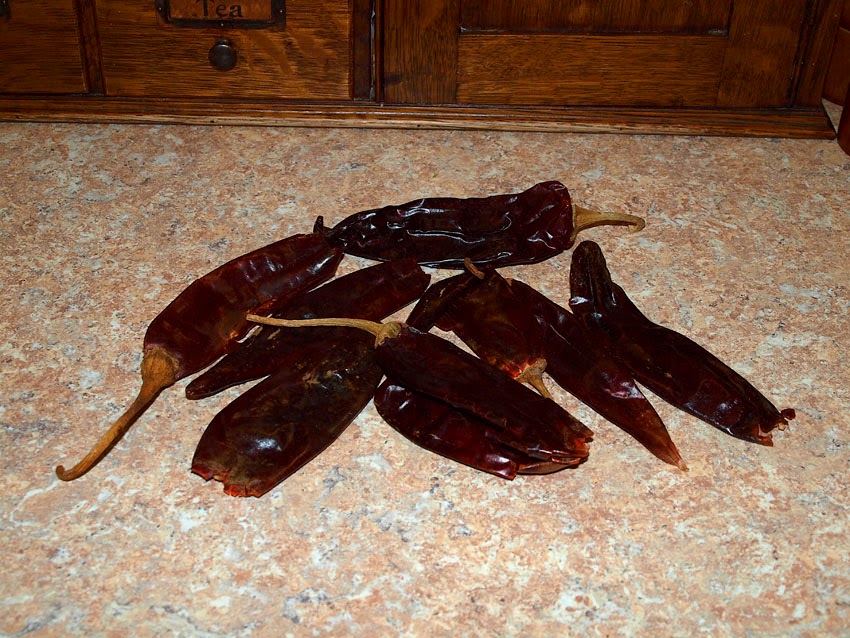 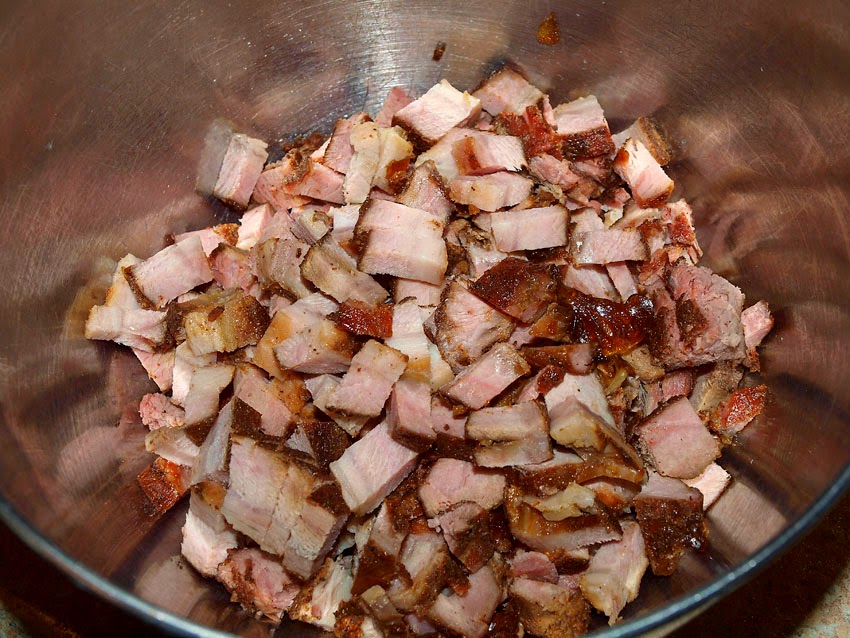 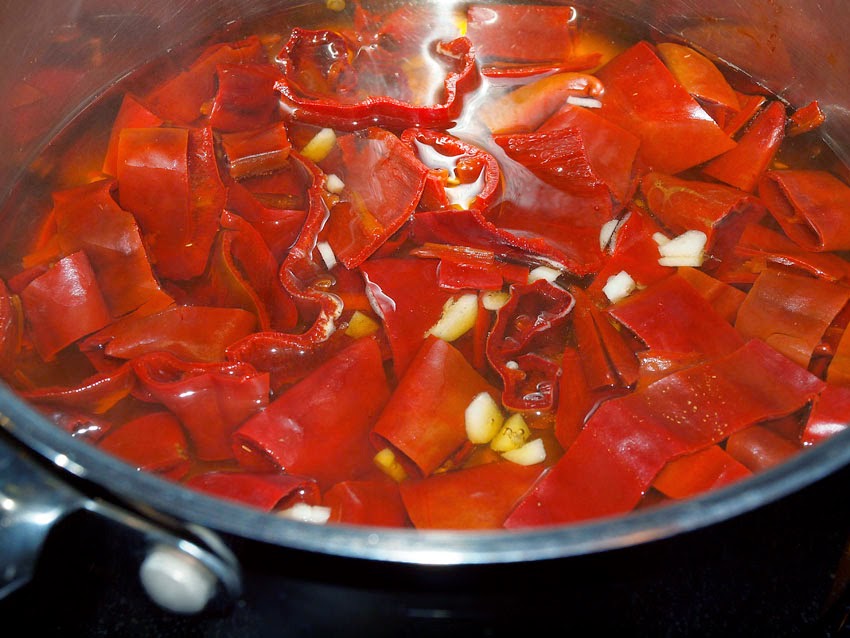 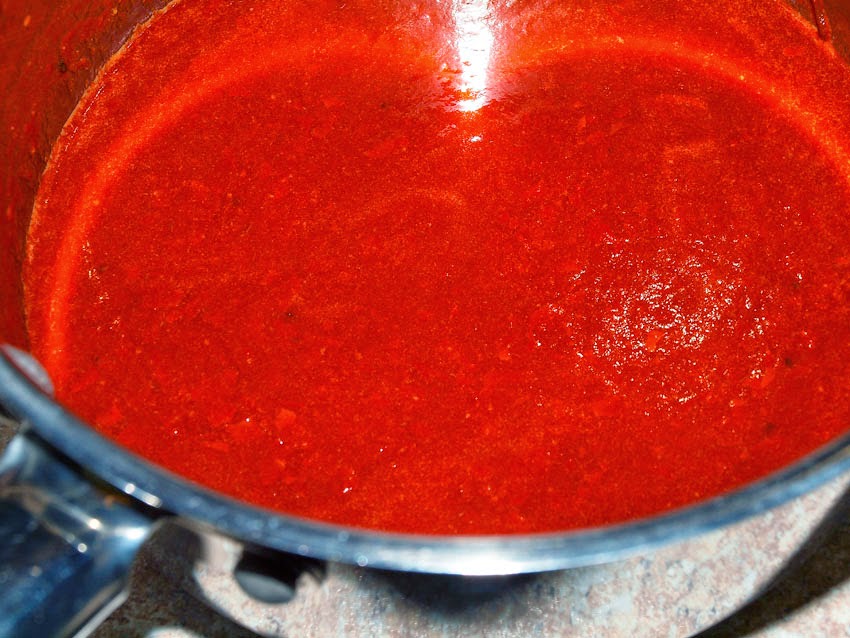 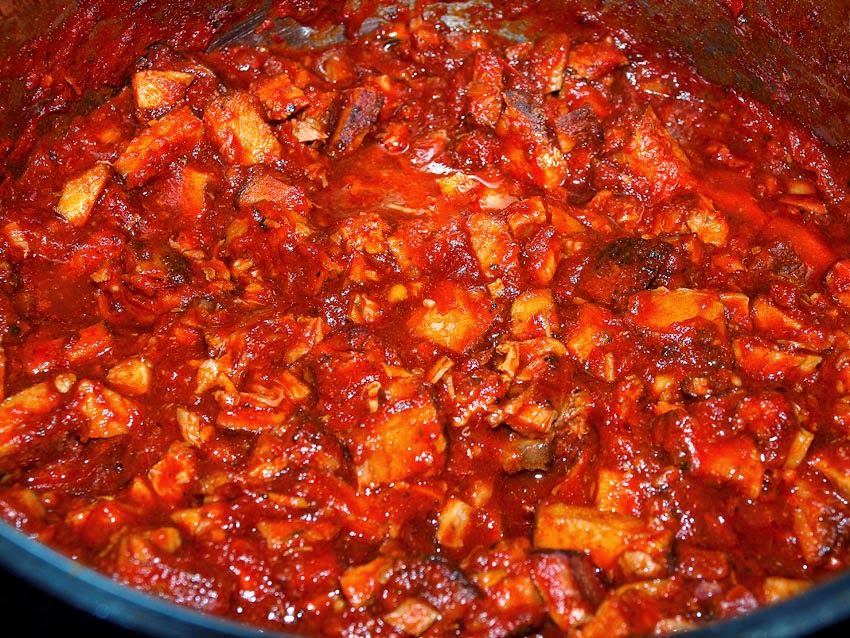 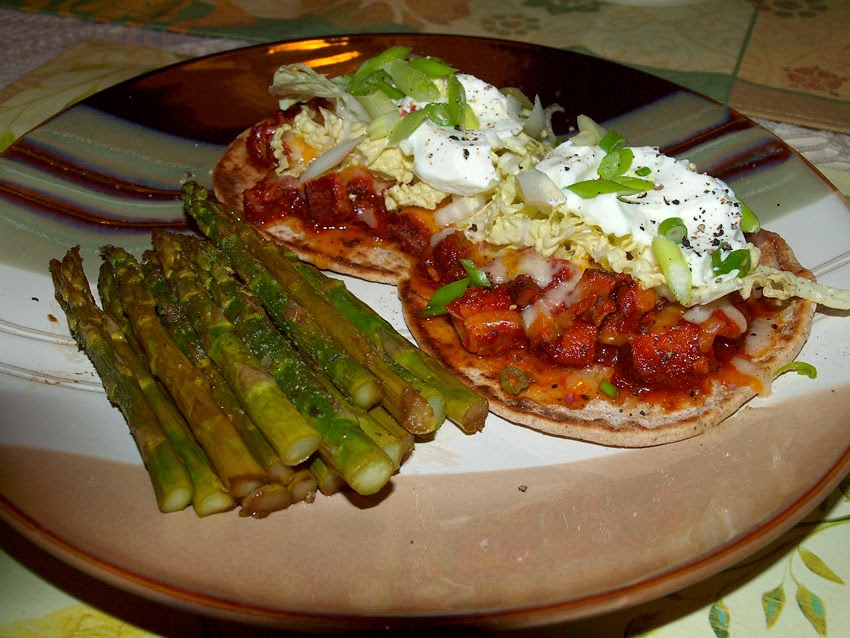