I was hungry for some pork, mashed potatoes, & gravy. I had a 3 lb bone in shoulder roast to do. I would do some carrots, parsnips, & turnips with it on the smoker. To make it easy I got some Bob Evens garlic mashed potatoes & a packet of McCormick’s pork gravy mix. Normally I would do my own but I guess as I get older I look more to short cuts.

I smeared some bread with Fromage Fort & toasted under the broiler to have with the meal. It didn’t melt too good but was tasty. The Fromage Fort idea I found at Saveur. It is just left over cheese, any kind, about ½ lb. Cut in ½ inch squares & shred some in a food processor, add a couple cloves of garlic, & any herbs you like. Then puree, adding dry white wine & thin to a desired consistency. I had leftover shredded cheese from two bags, a small chunk of white cheddar and some shaved parmesan that was drying out. I used olive oil & a splash of red wine vinegar to thin mine instead of wine. A great way to use up odd amounts of cheese & will taste different every time.

My supper tasted great and I have some cheese spread left to snack on. 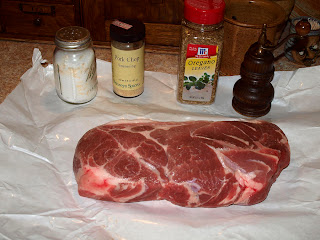 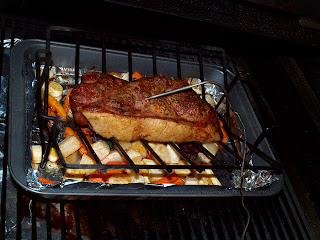 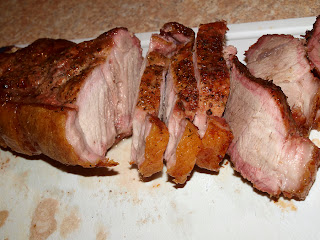 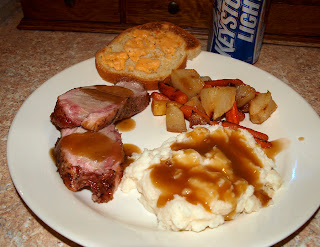