I get hungry for a brat burger once in awhile instead of in the casings. I bought 5 of my butcher’s regular bratwursts to use. Peppers & onions are a favorite topping for brats so I just added them to the meat for that taste. I removed them from the casings, added ½ small onion chopped, 1 TBS garlic salt, & a ½ chopped yellow pepper. Normally I would use a green pepper but I had a yellow pepper on hand.

I mixed it all together & made 4 patties from it. I did them on the smoker at 300 deg. for 30 min. went to 325 deg another 15 min then added some Swiss cheese & on another 5 min. I put them in the oven I had just done some sweet potato fries in to hold while I toasted the buns. I served them up with some Lays potato chips & mustard. I love potato chips on sandwiches, adds a flavor & a little crunch.

Cooked low & slow this way they do not get a sear on them but they are done & juicy. I do hamburgers this way, ½ hour is enough for them.

They were great, the brat burgers had good taste & were juicy! 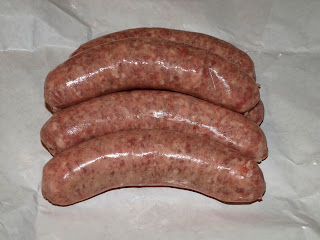 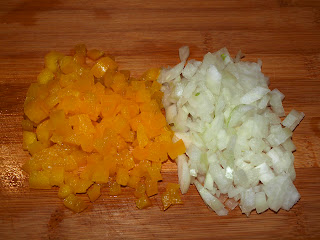 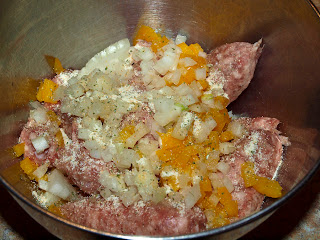 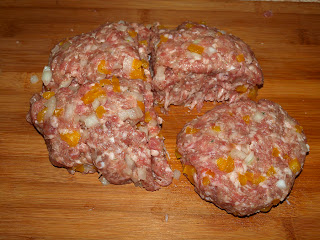 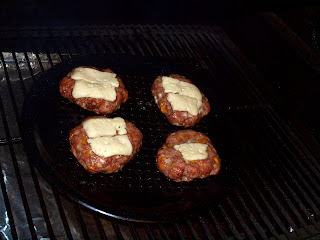 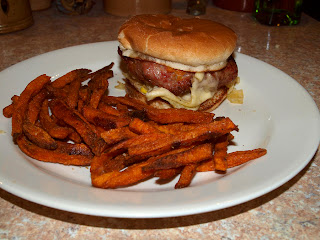