Every Thursday night local musicians that have been playing together for over 20 years gather to play some old time, country, and blue grass. During the summer months they gather at a place called the rock garden, (Temple of Tolerance), in Wapakoneta. Guests are welcome to listen to the music & share an evening of fun. In the fall & winter they gather at an appliance repair shop. I thought I would take some appetizers tonight to share. I think they play better when you feed them!

Yesterday I bought some crackers to make my Cajun smoked crackers & got them made to sit overnight. For my lunch I had bought a hunk of Kah’s pan pudding to smoke and I had two hot sausages to do at the same time. I love that pan pudding on the Cajun crackers. I smoked them at 180 deg for two hours then went to 300 deg for a half hour. The sausages were my Wed. lunch & the pan pudding would be my lunch Thurs. after a night in the fridge & sliced.

I had also bought two rings of Kah’s ring bologna to take along tonight. I got my crackers & the bologna on smoking. I cut some ½ inch deep slits in the top of the bologna. I left the crackers on at 180 deg. for one hour fifteen minutes. The bologna was on for two hours then went to 300 deg for one half hour.

About two dozen of the Cajun crackers I added a slice of Swiss cheese & in the microwave for 20 seconds to melt. So I had Cajun crackers plain & some with cheese and the smoked bologna to take along to the music fest tonight. 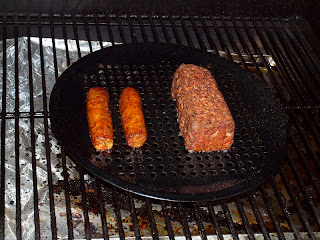 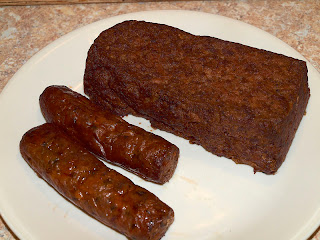 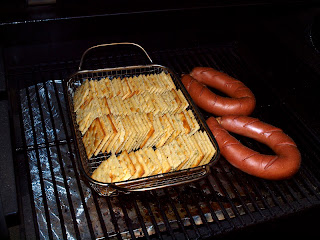 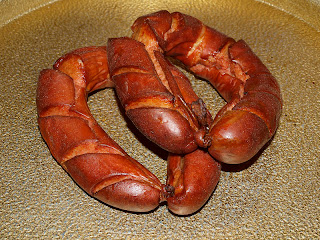 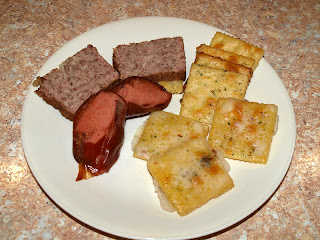