Another sandwich night. I had a nice slice of my butchers smoked ham thawed out. I thought it would be good on Naan bread with Swiss cheese. I would have some fried yellow hominy with them.


I put the ham steak on my Traeger at 250 deg. I did it for about 40 minutes then removed to a skillet and in a 225 degree oven to hold while I fried the hominy and heated a griddle to toast the sandwiches. I threw some of the ham fat and bone in to flavor the hominy some. I toasted the sandwiches on the griddle. Using the Naan bread makes them almost like panini, pressed sandwiches. Tasted great!


With colder weather coming I will make some chili tomorrow night. 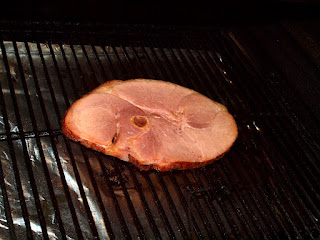 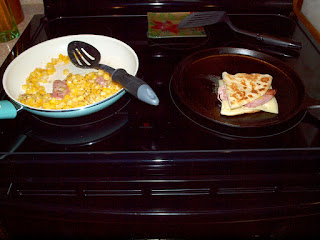 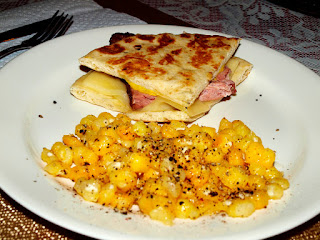