I had a 1 ½ lb. beef arm roast I planned to do on my smoker and finish in my Instant Pot. For sides I would have twice baked potatoes and some sliced beets. I had 3 large russet potatoes to bake.


I seasoned the roast with just salt & pepper and put it in my Traeger pellet smoker for 1 ½ hours. I chopped some onion for the bottom of my Instant Pot. roast went on top, added some dried garlic flakes and a cup of water with some Better than beef bullion. I set it on Meat/Stew for 45 minutes.


I baked the potatoes with potato rods inserted at 360 deg. In my oven for 1 ½ hours. I let them cool while I took care of the roast, I removed some of the fat, sliced and back in the pot. I cut them in half and scooped out the potatoes. I mixed in some butter, sour cream and shredded cheddar. That went back in the skins and topped with some more cheddar and back in the oven.


I had heated some sliced beets with a little butter and toasted an English muffin. I served the potatoes topped with some sour cream and chives.


The beef was not fall apart but tender enough to cut with a table knife and all tasted good. I have some of the potato skins left for tonight’s supper.

Roast done on the smoker 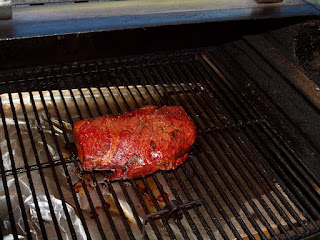 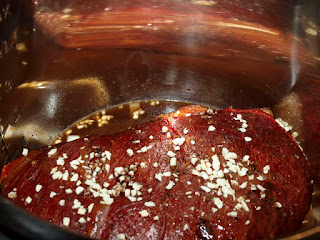 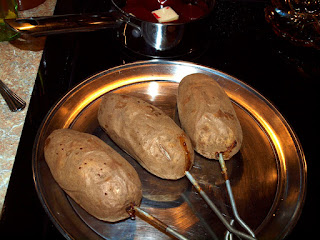 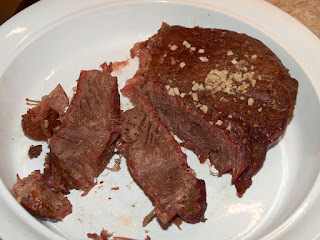 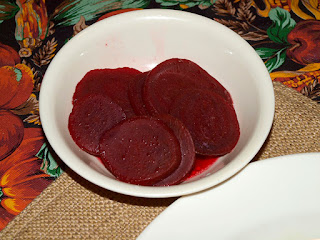 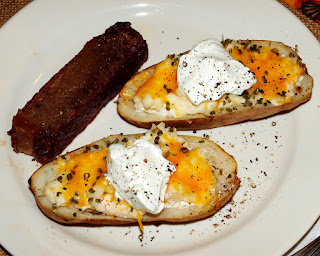