I had heard about a product to season cast iron when I ordered my Stargazer CI skillet. It is a mix of oils and beeswax. My skillet came unseasoned and I used the Crisbee Stik to season it. The outside was a nice black color but the inside was a light brown. After using it it looked like the seasoning was coming off. I ran it through a self cleaning cycle in my oven to remove all and redo with grape seed oil.


A good authority on cast iron said he had the same problem with the Stargazer and said the inside was actually too smooth for the Crisbee to stick to it.


Our son gave me a vintage Wapak Holloware Z logo skillet for a gift. I had one that was a smooth bottom but it was warped some and just used it to bake in, mostly cornbread. This one has a heat ring and sets solid so I hope I can use it on my glass top stove.


The skillet actually looked like I could just clean and use but the bottom had grease caked on some so I decided to redo it. I used a wire wheel to clean the bottom and ran it through a self-cleaning cycle in my oven. It had a lot of rust on it so I used some fine steel wool to take off what I could get off.


I decided to give Crisbee another chance. I heated it to 200 deg. applied some Crisbee and wiped off all I could with Scott’s blue towels. It went back in the oven to 300 deg. then wiped again with the blue towels and went to 500 deg. I let it set at 500 deg. For an hour then shut off to cool. I did this two more times but just went to 400 deg. It looked nice and black when done. I fried up a pound of bacon in it to break it in good. Had to have BLT’s with it! I am happy with the Crisbee the second time around and will see how it holds up as I use it more. 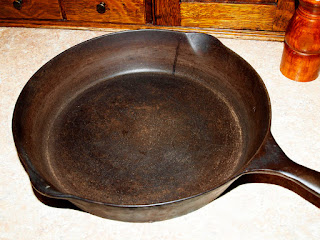 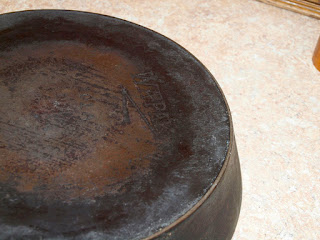 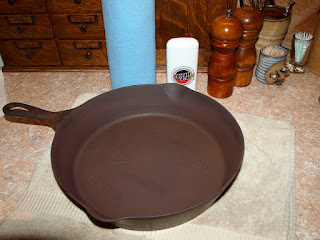 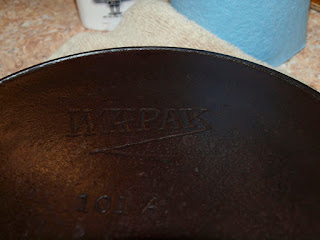 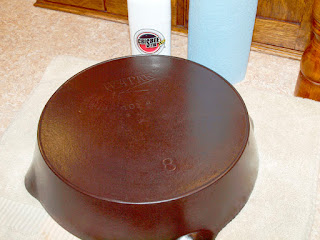 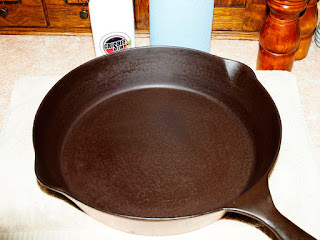 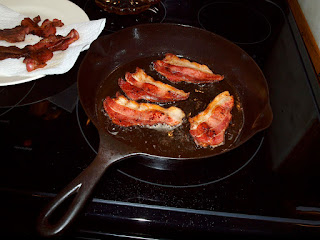 Re-seasoned and one use 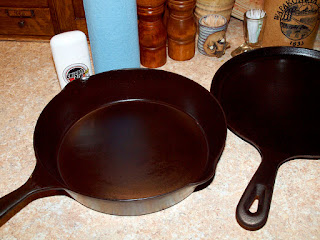