I had another easy meal tonight but it is soup weather! It was just 35 deg. today and the next 3 days will be in the high 20’s. I started out to make beef veggie soup but had some chicken and stock left to use so I made chicken veggie soup.

I didn’t have a recipe to follow I just bought what veggies looked good to have. I used; onions, celery, carrots, French green beans and a can of corn. Seasonings were salt, pepper, teaspoon of Savors WOW and a good teaspoon of dried parsley. I steamed some eggs for on top.

I heated my soup pot with a little olive oil and threw in the diced chicken breast meat; when it was starting to turn white I added the chopped onions, celery and seasonings. I let that cook a while stirring then added the chicken stock and all the rest of the other veggies.  I didn’t measure anything but had about a cup of each veggie. I brought it to a boil and turned down to a simmer and let cook about 40 minutes. It took just over an hour to prep and cook.

I served it up with a hardboiled egg on top and we both had buttered crackers with it. It sure hit the spot for a cold day’s meal. Most of the time I make beef veggie soup and the wife said she thought this was better but I still like beef. I think the Savor’s WOW (Way Out West) seasoning really enhances the broth and would do well in about any soup. You don’t need much I used a teaspoon for a quart of stock and probably a quart of veggies. 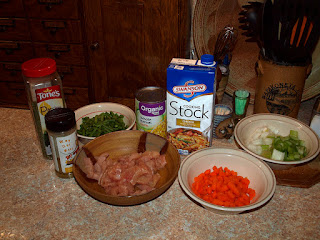 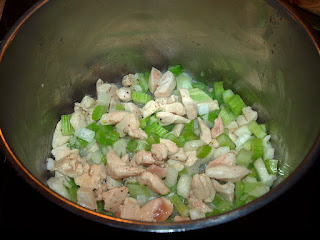 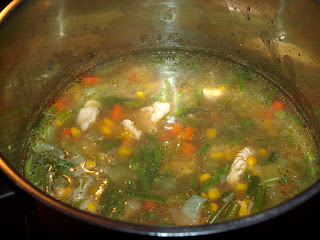 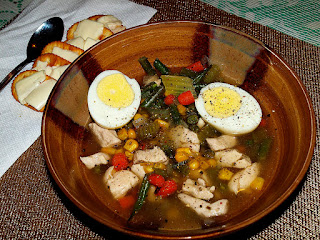